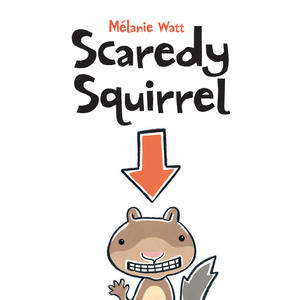 The language curriculum asks students to understand and create a variety of writing forms, including the procedural form, involving "how to" text, and also pictures and symbols showing steps in a procedure.

Great examples of procedural text can be found in Melanie Watt’s Scaredy Squirrel series. Watt’s telltale humour is ever-present as the squirrel’s neurotic need for a plan triggers unexpected (and serendipitous) results.

The original Scaredy Squirrel showcases Scaredy making arrangements to leave the safety of his tree. The “What to do in case of an emergency” scheme includes “Step 1: Panic, Step 2: Run.” His daily routines are also in the form of a program, i.e. “6:45 Wake up. 7:00 Eat a nut.” Scaredy loves making lists—of his fears, emergency items, pros and cons—which could lead to a discussion about the ways that lists are different than procedural writing. 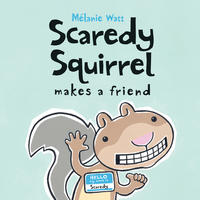 In Scaredy Squirrel Makes a Friend, the squirrel writes, “How to make a perfect first impression,” with steps including “tame bad hair, wear mittens to hide sweaty paws.” His Perfect Plan (these are steps to finding the perfect friend) involves niceties such as, “Step 4: Point to name tag and smile.” 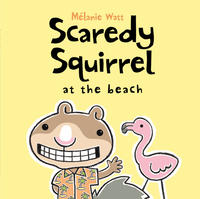 In Scaredy Squirrel At the Beach, Scaredy’s strategy for building a safe beach includes “1. Draw beach ‘scenery’...4. Inflate ocean 5. Turn on sunlight (a flashlight) 6. Install beach ‘wildlife’ (plastic pink flamingo.)" When he needs soothing ocean sounds, he writes a plan to acquire a seashell. All these are fun ways of writing procedure. 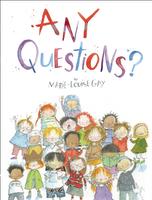 Any Questions?, by Marie Louise Gay is a delightful “how to” book in which Gay reveals her writing process in a well-told (and drawn) story. Students will have fun identifying the steps in Gay’s playful book: choose a blank page (the colour of which might inspire the genre), spill out random words, scribble, doodle until characters evolve. Paint, cut and paste, let the mind wander. Getting down a rough draft, even getting stuck, are all part of the process. 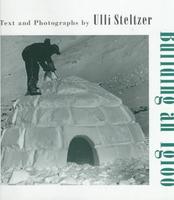 Black and white photos and simple text will appeal to readers from Kindergarten to Grade 6 in Building an Igloo, by Ulli Steltzer. The reader follows Tookilkee as he finds the right snow to build his ice house. He cuts it into blocks, places them in a spiral, trims, shapes, then fits the final keystone. Tookilkee then cuts a doorway, a chimney, a window (with ice for the pane) and a porch. 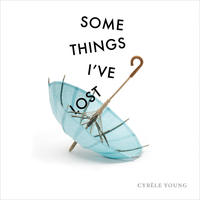 An extraordinary book for readers of all ages, Some Things I’ve Lost, by Cybele Young, is a series of foldout pages showcasing lost objects. Each item is a tiny paper sculpture, shown in a step-by-step transformation in becoming an organic, abstract object. One page reads: “Fig. 7 Object: Mom’s glasses/ Last Seen: On her head.” The glasses expand and morph into a fish-like creature. “Dad’s bag” deconstructs to become some kind of pill bug, then a kind of hedgehog or boot scraper. A wristwatch grows into what looks like barnacles. How does this fit in with procedural text? Each transformative step could be described by students. Or partners could sit back to back, with pencils and paper, one drawing an object, then describing it as the other draws, following the oral instructions. Do the figures look the same? Or, students could make a paper sculpture, then change it into something else, as Young does, recording the necessary steps.

Specifically for kindergarten, The Doll Hospital, by Kallie George, illustrated by Sara Gillingham, shows Dr. Peg in charge of the hospital. She begins her day with the first items on her list: “sort the buttons,” but then Portia appears at the hospital with a cracked arm. “Glue Portia’s arm,” is now at the top of her to-do list. Then Scoop arrives with a stomachache. “Stuff Scoop’s stomach,” is now her priority, and so on, as she moves through her agenda of hospital procedures.

That lovable little worrywart is back. And he's as scaredy as ever! In his latest adventure, Scaredy Squirrel sets out to make The Perfect Friend.

And once he's spotted a perfectly safe candidate (with no teeth), Scaredy's ready. Armed with a name tag, mittens, a mirror and a lemon, he's prepared to make The Perfect First Impression. But just when …

Scaredy Squirrel at the Beach

We know by now that Scaredy Squirrel only feels safe when he's at home in his nut tree, with his defenses, his emergency kit and his back-up plans at the ready. So even though the sun is shining and it's time for a vacation, Scaredy does not want to go to the beach --- that vast, frightening place where a squirrel could get stranded. (Not to mentio …

Many children want to know where stories come from and how a book is made. Marie-Louise Gay’s new picture book provides them with some delightfully inspiring answers in a fictional encounter between an author and some very curious children, who collaborate on writing and illustrating a story.

A wallet, a set of keys, a pair of glasses — these are some of the household objects that disappear and are fantastically reconstituted in Cybèle Young’s inventive new picture book. Minimal text conveys the magic of a world where even inanimate objects are constantly undergoing a process of growth, transformation and change.