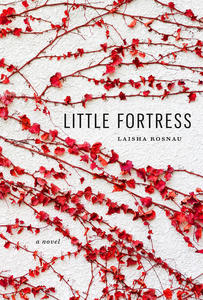 Little Fortress is Laisha Rosnau's long-awaited second novel, following on acclaimed and award-winning poetry collections. In Little Fortress, Rosnau bases her fiction on real-life figures, Italian nobility escaping fascism in the 1930s and finding exile in Vernon, BC. With this recommended reading list, she suggests books that have informed and/or are akin to her own work. 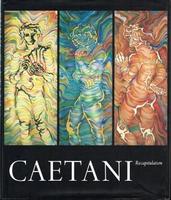 This is a beautiful, hardcover coffee table-sized book with gorgeous full-colour reproductions of Sveva Caetani’s 56 large, luminous watercolour paintings—“Recapitulation”—the series in which she portrayed her own life’s geographical, artistic, and spiritual journey. Based loosely on Dante’s Divine Comedy, the paintings are completely unique and utterly arresting. As well as reproductions of the paintings, the book contains original poetry of Caetani’s, notes and translations, and a short biography. Recapitulation is the way I was introduced to the strange, wonderful and captivating true story of Sveva Caetani and her family, on whom I based, in part, Little Fortress.

Part biography, part ekphrasis, and part lyric, Reading Sveva is Daphne Marlatt’s response to the life and art of Sveva Caetani. The book, which also contains reproductions of Caetani’s work and family photographs, is like a layered and lively conversation across time between powerful voices and visions of women, and a testament to the enduring commitment and impact of artists. I was initially introduced to Marlatt’s work as an undergraduate, and was a great admirer of her work—which is both plentiful and brilliant—and was fortunate to meet with her a few times when we were both researching the Caetani family. I love that our research overlapped, and yet we approached and retraced parts of the story in ways that forged our own unique paths through the material.

Originally published in 1959, this slim, powerful novel would have come out the year before Sveva Caetani and Inger-Marie Juul emerged from their 25-year seclusion. It is set in a small BC interior town in the Carbioo, north of the Okanagan, where Sveva, her mother, and the tiny, yet mighty, Miss Juul isolated themselves. The characters and world in The Double Hook seem very different from that of the women in Little Fortress, and yet I sense some of the same sense of urgency and isolation in each. And, as the back cover copy on my version states, “cruelty and kindness, betrayal and faith, shape a pattern of enduring human significance,” and this seems more than apt to both novels. Sheila Watson’s The Double Hook is a slim, powerful novel that should be read by everyone, really. So, there ya go.

This glorious and mysterious novel takes place in fictional Winteridge in the Okanagan Valley around the time of the First World War, which is when part of Little Fortress takes place. With their gothic and mythic undertones, I feel like the worlds of Little Fortress and Our Animal Hearts reside in the same storied valley. As well, there is a blue-blooded father who equal parts progressive, idealistic, and a bit fanciful, and a mother haunted by memory and ill health and who has a heavy hold on her daughter. In those ways, this novel and Little Fortress could be sisters. I like to imagine the characters from each novel meeting each other in that fictionalized Okanagan Valley, a place where old and new worlds, refined culture and omnipresent wildness, myth, and reality all converge.

The eighteenth-century Roman artist Piranesi appears as a character in this novel, as do a scruffy mob of the Roman beggars and street denizens featured in the foreground of his etchings of Rome’s ruins and monuments. Calder’s writing—like Caetani’s art—is like nothing I’ve ever encountered. To label it “formally experimental” seems too reductive. This is a book ruled by the non-logic of dreams and the fractal “reality” of a postmodern world. I also include it on this list because I think Sveva Caetani, herself, would have been astounded and amazed by it. Larger than life, hard to define, moving between different times and ways of seeing, it seems like her kind of book.

Lives of Girls and Women, by Alice Munro

Miss Juul, herself, is like an Alice Munro short story—she could be perceived as deceptively simple, without artifice in how she presented herself, and yet both she and a Munro short story held most amazingly intricate stories moving fluidly through space and time, revealing the complex, wide-ranging inner and outer lives of girls and women. The emotional and psychological density that is packed into a Munro short story is like that which was contained, virtually hidden, in the diminutive stature of Miss Inger-Marie Juul, a woman who was described to me as “tiny,” “mouse-like,” and “utterly devoted” to others, and yet who held a vast and complex inner life of memories within her. 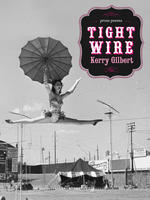 As Sharon Thesen states on the back of this powerful collection of poetry, the tight wire referred to “is where the feminine is performed within the callousness of the culture’s expectations…the violence, vulnerability, and grief that can attend the female experience of marriage, birth, and motherhood.” Each of the women in Little Fortress pushes back and resists, in quite different ways, the cultural expectations placed on them as women—and they each experience, as well, vulnerability, pain, and grief in the ways in which they are expected to perform their roles as women, lovers, mothers, daughters, and friends.

The Conjoined, by Jen Sookfong Lee

A mother-daughter relationship is at the heart of this gorgeous, compelling novel. When the mother dies in this novel, the daughter discovers that she may not have known who her mother really was, or what secrets she harboured. That which is kept secret, especially between mother and daughter, but also between lovers and spouses, is at the core of Little Fortress, as well. We keep things from those we love to protect them but can never know what will be revealed later and, after we’re gone, we no longer have the voice or agency to explain ourselves. I’d like to think both Little Fortress and The Conjoined are reminders for us to live with integrity and emotional honesty, even as we hold part of ourselves close. Once we’re gone, part of us will always be a mystery, even to those who thought they knew us most.

Wherever I Find Myself: Stories of Immigrant Women, edited by Miriam Matejova

These are portraits of women attempting to navigate unfamiliar landscapes, and their desire to be accepted despite differences in language, culture, sexuality, or skin colour. Whether home is a place they long to return, desire to create, or hope to preserve in some way, each writer reveals how pieces of their history have brought them closer to, or farther from the feeling of belonging. Two of the characters in Little Fortress, Ofelia and Miss Juul, never considered Canada their true home, despite living here for more than half a century. Where is home, and how does immigration, relocation or dislocation affect how one creates "home" in one's mind? In Wherever I Find Myself the authors are both critical and grateful for being able to call Canada home. Together their stories present a mosaic of emotions and worldviews that underline the plurality of immigrant experiences for women.

In this captivating and intricate novel Laisha Rosnau introduces us to three women, each of whom is storied enough to have their own novel and who, together, make for an unforgettable tale. Based on the true story of the Caetanis, Italian nobility driven out of their home by the rise in fascism who chose exile in Vernon, BC, Rosnau brings to life Ofelia Caetani, her daughter Sveva Caetani and their personal secretary, Miss Juul. Miss Juul is the voice of the novel, a diminutive Danish woman who enters into employment with the Caetani family in Italy before the birth of Sveva, stays with them through twenty-five years of seclusion at their home in Vernon, and past the death of Ofelia. Little Fortress is a story of a shifting world, with the death of its age-old nobility, and of the intricacies of the lives of women caught up in these grand changes. It is a story of friendship, class, betrayal and love.

In this captivating and intricate novel Laisha Rosnau introduces us to three women, each of whom is storied enough to have their own novel and who, together, make for an unforgettable tale. Based on the true story of the Caetanis, Italian nobility driven out of their home by the rise in fascism who chose exile in Vernon, BC, Rosnau brings to life O …

Reading Sveva is award-winning author Daphne Marlatt’s response to the life and paintings of Sveva Caetani, an Italian émigré who grew up in Vernon, B.C.

Daughter of an Italian prince, leftist, and scholar of Islam, Sveva grew up with the multilingual and highly cultured European traditions of her parents who moved to Vernon in 1921, when Fasci …

Widely considered one of Canada's first postmodern novels, marking the start of contemporary writing in the country, The Double Hook is now available as a Penguin Modern Classic.

In spare, allusive prose, Sheila Watson charts the destiny of a small, tightly knit community nestled in the BC Interior. Here, among the hills of Cariboo country, men …

Deep in British Columbia, at the turn of the 20th century, lies Winteridge: a small village perched on an enormous lake made famous by the monster said to haunt its depths.

Twelve-year-old Iris Sparks lives in Winteridge with her brother; her working-class Welsh mother, Llewelyna; and her blue-blooded father from England, a progressive bohemian who …

Piranesi's Figures is a romp through the magnificent psychological ruins of at least two marriages and one attempt at child-rearing, and a gleefully reckless contortion of novelistic conventions, sexual practices, and family dynamics. As in her first novel, More House, Hannah Calder peers into hidden corners and under creaking beds with such relent …

Lives of Girls and Women is the intensely readable, touching, and very funny story of Del Jordan, a young woman who journeys from the carelessness of childhood through an uneasy adolescence in search of love and sexual experience.

As Del dreams of becoming famous, suffers embarrassment about her mother, endures the humiliation of her body’s insis … 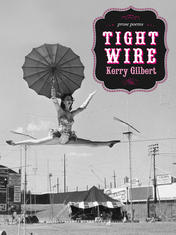 “Darling girl, when all else fails…join the circus.” –unknown

“The “tight wire” is where the feminine is performed within the callousness of the culture’s expectations.” –Sharon Thesen, author of Oyama Pink Shale

“Delivered in crisp, edgy prose verse reminiscent of Ondaatje in The Collected Works of Billy The Kid, Tight Wir …

On a sunny May morning, social worker Jessica Campbell sorts through her mother’s belongings after her recent funeral. In the basement, she makes a shocking discovery — two dead girls curled into th …

Wherever I Find Myself