These picture books can’t teach you how to dance but they can inspire you. In the curriculum on dance, students are required to create and present, reflect, respond, and analyze, as well as explore forms and cultural contexts of dance. The following stories include dance forms from First Nations, China, Japan, as well as ballet and a few dance-inspired texts. 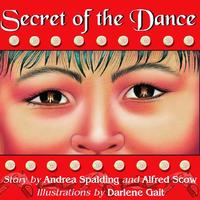 Secret of the Dance, by Andrea Spalding and Alfred Scow, illustrated by Darlene Gait, is based on a true story from Scow's childhood. Now Elder of the Kwakwa'wakw Nation and a retired judge, Scow was a nine-year-old Watl'kina in 1935 when his family travelled in secrecy to perform a potlatch, a gift-giving ceremony sacred in Indigenous culture that was banned by the Canadian government. Watl’kina and his sisters aren't permitted to attend the ceremony—if caught, the children could be taken away by authorities. But at the sound of drumming, Watl'kina sneaks out of bed and sees masked figures dancing stories by firelight. He recognizes one dancer as his father, which turns out to be the last time he ever sees his father dance. As a grownup, Scow reflects on the repealed law and how strange it is that the government now invites Indigenous people to dance for visiting dignitaries. This book is a great discussion-starter on the roles of dance in society. 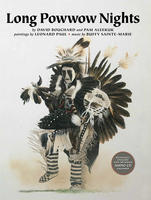 Long Powwow Nights, by David Bouchard and Pam Aleekuk, illustrated by Leonard Paul, addresses the importance of keeping culture and traditions alive through dance. Written in English and Mi’kmaq, it’s an ode—a son reminiscing about his mother who danced her whole life in the powwow, about her hardships, and how, after her death, she visited him as a butterfly. Included is a CD that includes the song, “Darling Don’t You Cry,” by Buffy Sainte-Marie. 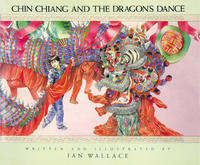 Chin Chiang and the Dragon Dance, by Ian Wallace, is another example of the role of dance in cultural expression. Chin Chiang’s grandfather explains that the great dragon in the sky will bring an abundance of fish and fruit and keep the floods away. But Chin Chiang is under such pressure to perform the dragon's dance as the Year of the Dragon arrives, to do his grandfather proud and to not anger the dragon, that he runs away. Illustrations show some of the dance steps as the boy teaches his old neighbour, Pu Yee, to take his place in the dance. In the end, however, Chin Chiang overcomes his fear.

In Suki’s Kimono, by Chieri Uegaki, illustrated by Stéphane Jorisch, the dance is Japanese, handed down by Suki’s Obachan (grandmother). Suki is teased by her sisters and her schoolmates for wearing a kimono and bright red geta (wooden clogs) to school. But Suki overcomes any embarrassment when her teacher asks her to demonstrate the way she danced with her grandmother during a Japanese cherry tree celebration. The watercolour illustrations show Suki performing the steps, and when she forgets what's next, Suki makes it up, as dancers do. This story might nudge students to explore their own ancestral dances.

The next two provide a glimpse into the form of ballet. 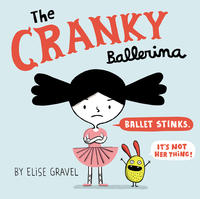 The Cranky Ballerina, by Elise Gravel, will appeal to those in gym class who dread dancing. Every Saturday Ada is cranky because she hates ballet class: the tight leotard, the itchy tutu, the car trip, the "grotesque arabesques." She just can’t seem to get fourth position, and in her frustration, pirouettes right out the door into karate class ... where she excels. A cute read with lovely illustrations for those who struggle with dance.

Swan, on the other hand, by Laurel Snyder, illustrated by Canadian Julie Morstad, is for true ballet lovers. Based on the true story of a Russian turn-of-the century ballerina, Anna Pavlova knew her passion at age eight. Born to a poor family, she tried out for the Imperial Ballet School. Upon rejection for being too young, she waited (and practised, even as she hung laundry on the line for her laundress mother) for two more years. Unlike other ballerinas of the time, she was thin and frail, with arched feet that made pointe work difficult. She redesigned her shoes to make it easier, and went on to become the lead role in ballets, touring the world. Young dancers will relate to Pavlova's determination and drive.

Dance is a secondary theme in the following two books by Kathy Stinson, illustrated by Dusan Petricic. Both books are a reminder of the importance of listening—a lesson in music appreciation and resilience. 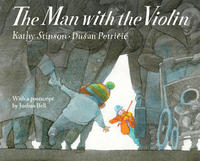 The Man with the Violin is the true story of well-renowned violinist, Joshua Bell, who played for 43 minutes in a Washington subway station in 2007. Over 1,000 people walked past but only seven stopped for more than a minute. Young Dylan wants to listen, but his mom rushes on. Later in the day, the same music is heard on the radio and mom finally gives in; the two dance in the kitchen. 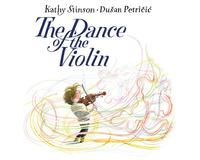 The Dance of the Violin is the story of Joshua Bell’s early musical start. At age seven he fumbles a very difficult piece in a competition then boldly asks to start over. Stinson deftly describes the music as dancers spilling from the violin, with skirts twirling, flinging each other until dizzy. 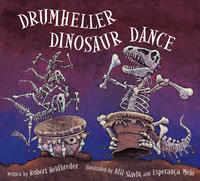 Drumheller Dinosaur Dance, by Robert Heidbreder, illustrated by Esperança Melo & Bill Slavin, is a beat-filled rhyming book to be used with young ones. Set in the badlands of Alberta, this one begs for budding choreographers, with its repeating chorus of "boomity-boom, rattley-clack, thumpity-thump, whickety-whack”—dinosaur bones awakening for a midnight dance.

On her first day as teacher-librarian, Julie Booker was asked by a five year old if that was her real name. She's felt at home in libraries since her inaugural job as a page in the Toronto Public Library. She is the author of Up Up Up, a book of short stories published by House of Anansi Press.

Secret of the Dance

In 1935, a nine-year-old boy's family held a forbidden Potlatch in faraway Kingcome Inlet. Watl'kina slipped from his bed to bear witness. In the Big House masked figures danced by firelight to the beat of the drum. And there, he saw a figure he knew. Aboriginal elder Alfred Scow and award-winning author Andrea Spalding collaborate to tell the stor …

The Powwow is a time-honored Native American custom. It is a celebration of life and spirituality, a remembrance of traditions, uniting a people through dance and ritual.

Long Powwow Nights takes you on a wonderful journey, honoring these mystical dancers who keep their traditions alive through dance and song. In its poetic verses, David Bouchard sk …

Chin Chiang and the Dragon's Dance

From the time Chin Chiang stood only as high as his grandfather's knees, he dreamed of dancing the dragon's dance. Now the first day of the Year of the Dragon has arrived, and Chin Chiang is so scared that he wants to melt into his shoes.

Chin Chiang is a most appealing small boy, whose pli …

Suki's favorite possession is her blue cotton kimono. A gift from her obachan, it holds special memories of her grandmother's visit last summer. And Suki is going to wear it on her first day back to school --- no matter what anyone says.

When it's Suki's turn to share with her classmates what she did during the summer, she tells them about the stree …

Ada hates everything about ballet class, yet she still has to go! Arabesques? Grotesque! And then one Saturday, Ada pliés right out the door and into the hallway, smacking into someone who thinks her ungraceful moves are great!

In the tradition of Kevin Henkes’s Lilly books and Russell and Lillian Hoban’s Frances classics, Ada is a plucky littl …

The Life and Dance of Anna Pavlova

"Spare, poetic words sit as lightly as snowflakes."—Wall Street Journal
"An enchanting glimpse of a dancer whose name has come to be synonymous with her most famous role."—School Library Journal, starred review

One night, young Anna's mother takes her to the ballet, and everything is changed. So begins the journey of a girl who will one day grow …

The Man with the Violin

Dylan is someone who notices things. His mom is someone who doesnÕt. So try as he might, Dylan canÕt get his mom to listen to the man playing the violin in the subway station. But Dylan is swept away by the beautiful music that fills the air as crowds of oblivious people hurr …

The Dance of the Violin

Even Joshua Bell makes mistakes, but there is always a second chance. As a young student of the violin, Joshua Bell learns about an international competition to be held in Kalamazoo, Michigan. He chooses a piece of music, which his teacher suggests may be too difficult, but Joshua is determined. It’s a piece of music he loves. At the competition, …

By daylight, the Drumheller dinosaurs rest their ancient bones. But when the moon rises, so do these slumbering skeletons --- ready to tango, fandango, shimmy and shake! This exuberant read-aloud imagines what the dinosaur skeletons of world-famous Drumheller, Alberta, get up to when everyone's asleep. Kids will want to thumpity-thump along with th …

By daylight, the Drumheller dinosaurs rest their ancient bones. But when the moon rises, so do these slumbering skeletons --- ready to tango, fandango, shimmy and shake! This exuberant read-aloud imagines what the dinosaur skeletons of world-famous Drumheller, Alberta, get up to when everyone's asleep. Kids will want to thumpity-thump along with th …