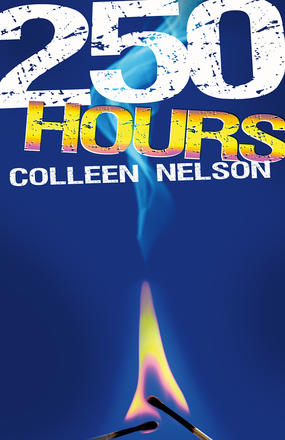 Just in time for back-to-school and a whole host of brand new faces in the halls, we bring you this list by award-winning YA novelist Colleen Nelson—inspired by her latest novel, 250 Hours—about the amazing possibilities of unlikely friendships.

BONUS: Until September 2, you can enter to win your own copy of the book! Go here to find out how.

My young adult novel, 250 Hours, is about an unlikely friendship between Sara Jean and Jess. Sara Jean, a “townie,” is the caregiver for her grandmother and trapped with a future she thinks she doesn’t want. Jess, on the other hand, lives with his mom in a trailer and he's obsessed with lighting fires. He is also desperate to head west, and will, as soon as he completes his community service hours. And then when Jess is ordered to clean out Sara Jean’s garage as part of his punishment, they discover secrets about the town’s history that draw them together.

Below are my favourite Canadian young adult novels that also feature unlikely friendships.

The Road to Ever After, by Moira Young

An odd friendship indeed: an old lady and a street urchin find themselves on a road trip when he rescues her (or does she rescue him?). In the most unlikely of friendships, Davy David and Miss Elizabeth Flint develop a bond and discover who the other really is in this memorable tale. There are lots of books about cross-generational friendships, but what sets The Road to Ever After apart is the magical narrative that weaves itself through the story and the ending that had me in tears.

The Prisoner of Warren, by Andreas Ortel

This book is my thirteen-year-old “I-don’t-like-reading” son’s favourite novel from last year. When Martin, a German prisoner-of-war, is sent to Warren’s farm to work, Warren plots to kill “the enemy” who he is sure is plotting to do the same to Warren and his family. But Martin’s intentions aren’t evil and he offers to coach Warren in track-and-field. As the unlikely friendship grows, Warren learns that war is more complicated than he thought.

Lorna Schultz Nicholson has four (and counting) books in her One-2-One series. All of them feature stories about the participants in the high school Best Buddies program, which brings students together. In Fragile Bones, Anna and Harrison develop an unlikely friendship that extends beyond Anna’s initial intentions for joining Best Buddies—because it would look good on her university application. Harrison, a boy on the ASD spectrum, doesn’t have any friends until he meets Anna. Through alternating narration, both characters reveal how much their friendship matters, and the lengths they’ll go to in order to protect it.

The Agony of Bun O’Keefe, by Heather Smith

This novel abounds with unlikely friendships. After leaving her loveless home and living on the streets, Bun is rescued by Busker Boy and brought to the home he shares with a patchwork of friends. The relationships that develop between all the characters speak to the indomitable human spirit. Even though all the characters have been hurt and, at times, tempers flare, their ability to love and care for each other gives the reader hope for Bun’s future.

Jess and Sara Jean couldn’t be more different. He’s a loner with a criminal record; a Metis raised on the Reserve; the son of a residential school survivor. His time, when not spent with his mother and grandmother, is spent lighting fires to help him deal with the feelings he has over his father’s abandonment. She’s from nearby Edelburg, a small, conservative town. Abandoned by her mother, Sara Jean cares for her obese grandmother and writes to escape. She has been accepted to the University of Manitoba, but her obligation to her grandmother leaves her wondering what her future will hold: a life in Edelburg with her boyfriend and grandmother, or an adventure in a big city where she can escape her past and pursue her passion for writing.

When Jess is found guilty of arson after lighting an abandoned building on fire, he’s ordered to complete 250 hours of community service. His first assignment? Cleaning out Sara Jean’s neglected garage. Sorting through boxes left by her grandfather, they discover that the secrets keeping their communities apart are the very things that may well bring them together. 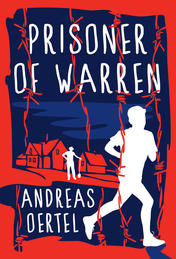 When his dad decides to hire a German prisoner-of-war to help out on their New Brunswick farm, thirteen-year-old Warren Webb is pretty sure the family is doomed. Who invites a Nazi to sleep under their roof? But Martin is not the German Warren expected. After his early attempts to get rid of Martin fail, Warren takes his dead brother Pete's advice …

Meet Harrison and Anna.
One is a fifteen-year-old boy with an uncanny ability to recite every bone in the skeletal system whenever he gets anxious — and that happens a lot. The meaning of "appropriate behaviour" mystifies him: he doesn't understand most people and they certainly don't understand him.

The other is a graduating senior with the world …

The Agony of Bun O'Keefe

It's Newfoundland, 1986. Fourteen-year-old Bun O'Keefe has lived a solitary life in an unsafe, unsanitary house. Her mother is a compulsive hoarder, and Bun has had little contact with the outside world. What she's learned about life comes from t …