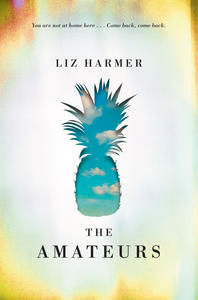 The Amateurs is Liz Harmer's debut novel, set in a not-too-distant future where most of the human population has disappeared via Ports, doorways to other times and alternate universes from which travellers should theoretically be able to return—except that no one comes back. Are they unwilling to? Are they unable? Told from the perspective of a small group of people who've remained and created a community in the remains of the city of Hamilton, Ontario, and also from that of a man who has spent his career working for the massive corporate entity that built the Ports, The Amateurs grapples with questions like, "what are we here for?", "how do we know what's real and what isn't?", and "what exactly is the nature of love?". In this list, Harmer suggests other great reads that consider similar ideas.

This offbeat list of novels and one short story collection include a few speculative works like mine, a few dystopias, an interest in the nature of God and of the human, and, especially, most of them, lovingly rendered character and place.

I was fortunate to read this wonderfully bizarre tale of a shapeshifting narrator in a class on visionary women by my favorite professor. It’s an example of the speculative form and all its possibilities, using a mythic mode in a futuristic setting.

The Year of the Flood, by Margaret Atwood

This is the second book in Atwood’s MaddAddam trilogy. At times the books are unbearably painful to read, but I love the small society of God’s Gardeners she sets up in a work that asks questions about how we use technology and what a good human society looks like.

We So Seldom Look on Love & Falling Angels, by Barbara Gowdy

Gowdy’s fiction is full of people loving each other in ways outside the norm, of psychics and synaesthetes and weirdos. Her imagination is rich and capable of entering many spaces with deep empathy. These two books were especially moving to me.

There is always something magical and otherworldly in O’Neill’s work, and that quality in The Lonely Hearts Hotel comes from the exuberant characters who are not dampened in their romanticism by any of their tragic or difficult circumstances. O’Neill’s writing is full of love and joy and delight even when it’s dealing with addiction, abuse, and heartbreak.

Girlfriend in a Coma, by Douglas Coupland

An offbeat novel about a teenage girl who goes into a coma and wakes up after seventeen years armed with a vision. Like all of Coupland’s work, it’s heavy on cultural critique and the effects of the modern world on our lives.

Life of Pi, by Yann Martel

The thought-experiment-as-novel perfected. Elements of the allegorical and the religious question rendered beautifully in a fast-moving plot. It’s not hard to see why this novel has been so successful.

Leduc is a fellow Hamilton writer who mixes magic into a realist mode. She, like me, is interested in religious questions. Her recent work involves wise talking hyenas and a community of centaurs. Her novel The Miracles of Ordinary Men is an exploration of what happens in attempting to explain the extraordinary—here a man who suddenly begins growing wings.

Station Eleven is a rare book of post-apocalypse in which people aren’t, generally, monsters to each other. The preservation of art through a travelling troupe is a hopeful commentary on human nature. I recommend Mandel’s book to anyone looking for a work of speculative fiction that also has what we love in all writing: strong and interesting characters.

Allow us to introduce you to the newest product from PINA, the world's largest tech company. "Port" is a curiously irresistible device that offers the impossible: space-time travel mysteriously powered by nostalgia and longing. Step inside a Port and find yourself transported to wherever and whenever your heart desires: a bygone youth, a dreamed-of future, the fabled past.

In the near-future world of Liz Harmer's extraordinary novel, Port becomes a phenomenon, but soon it is clear that many who pass through its portal won't be coming back—either unwilling to return or, more ominously, unable to do so. After a few short years, the population plummets. The grid goes down. Among those who remain is Marie, a thirty-something artist living in a small community of Port-resistors camping out in the abandoned mansions of a former steel town. As winter approaches the group considers heading south, but Marie clings to the hope that her long lost lover will one day return to the spot where he disappeared.

Meanwhile, PINA's corporate campus in California has become a cultish enclave of survivors. Brandon, the right-hand man to the mad genius who invented Port, decides to get out. He steals a car and drives north-east, where he hopes to find his missing mother. And there he meets Marie.

The Amateurs is a story of rapture and romance, and an astoundingly powerful debut about what happens when technology meets desire.

Salt Fish Girl is the mesmerizing tale of an ageless female character who shifts shape and form through time and place. Told in the beguiling voice of a narrator who is fish, snake, girl, and woman - all of whom must struggle against adversity for survival - the novel is set alternately in nineteenth-century China and in a futuristic Pacific Northw …

The Year of the Flood

From the Booker Prize–winning author of Oryx and Crake, the first book in the MaddAddam Trilogy, and The Handmaid’s Tale. Internationally acclaimed as ONE OF THE BEST BOOKS OF THE YEAR by, amongst others, the Globe and Mail, the New York Times, the New Yorker, and the Village Voice
In a world driven by shadowy, corrupt corporations and the unco …

The lives of the Field sisters are forever changed the day their mother drops their infant brother over Niagara Falls, driving each of the girls to find different ways to cope with the war zone that their home becomes amid the changing world of the sanitized suburbs of the fifties and sixties. 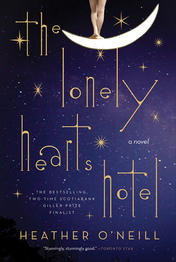 Longlisted for the 2017 Baileys Women’s Prize for Fiction

A Globe and Mail Most Anticipated Book

A NOW Magazine Book You Have to Read

A Toronto Star Book We Can’t Wait to Read

“Heather O’Neill is just getting better and better.” —The Globe and Mail

Girlfriend in a Coma

On a snowy Friday night in 1979, just hours after making love for the first time, Richard's girlfriend, high school senior Karen Ann McNeil, falls into a coma. Nine months later she gives birth to their daughter, Megan. As Karen sleeps through the next seventeen years, Richard and their circle of friends reside in an emotional purgatory, passing th … 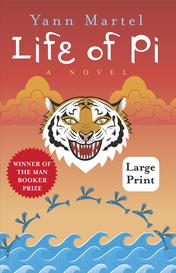 WINNER OF THE MAN BOOKER PRIZE
One boy. One boat. One tiger.
After the tragic sinking of a cargo ship, a solitary lifeboat remains bobbing on the wild, blue Pacific. The only survivors from the wreck are a sixteen-year-old boy named Pi, a hyena, a zebra (with a broken leg), a female orangutan--and a 450-pound Royal Bengal tiger. The scene is s … 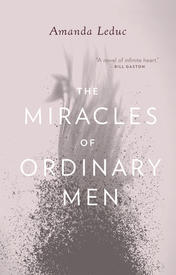 The Miracles of Ordinary Men

Amanda Leduc’s stunning novel is the tale of two unlikely dreamers: Sam, a man who wakes up one day to find himself growing wings, and Lilah, a woman who has lost her brother to the streets of Vancouver. As Sam finds himself falling away from the world as he grows feathers from his back, Lilah seeks sexual penance under the harsh hand of her bos …

Winner of the Toronto Book Award and the Arthur C. Clarke Award

Finalist for the National Book Award, the PEN/Faulkner Award, and the Sunburst Award

A New York Times and Globe and Mail bestseller