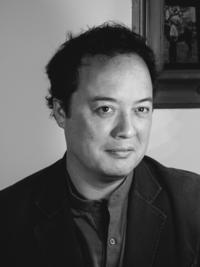 We continue our special Governor General’s Award coverage in conversation with Graeme Wood. His book The Way of the Strangers: Encounters with the Islamic State is this year’s Governor General's Award winner for English-language nonfiction.

From the jury: "The Way of the Strangers: Encounters with the Islamic State by Graeme Wood investigates a much discussed, little understood phenomenon dominating international news. Meticulously researched and fluidly written, this bracing book delves into a contentious facet of contemporary geopolitics."

Graeme Wood is a Canadian journalist, currently working as a national correspondent for The Atlantic. He has written for The New Republic, The New Yorker, Bloomberg Businessweek, The American Scholar, The Wall Street Journal, The New York Times, and many other publications. He was the 2014–2015 Edward R. Murrow Press Fellow at the Council on Foreign Relations, and he teaches in the political science department at Yale University.

Trevor Corkum: Congrats on your Governor General’s Award. A meticulous amount of research went into the book. What aspects of this research proved most challenging?

Graeme Wood: By inclination I am distrustful of any story written by a journalist who is not reporting from on-site. So naturally it was a challenge to conduct research on a group that would almost certainly murder me if I visited them. That meant developing research tactics, including online and in-person meetings, that would get me my story without losing me my head.

TC: Your book explores encounters with followers of ISIS from around the world. Is there a particular story that stands out for you as most illustrative of the persuasive recruiting power of ISIS?

GW: I interviewed a kind, older ISIS supporter in Scandinavia, and at the end of our discussion he looked pained, sincerely troubled, by my failure to sign up to his cause. It was then, I later wrote, that I realized his proselytizing on behalf of ISIS was not just an act of terror but also an act of love. He really wanted me to join him in Paradise and wished I could see the world with his clarity. When you discover that the people who want to kill you also want to save you, you have to re-think your moral assessment of them.

When you discover that the people who want to kill you also want to save you, you have to re-think your moral assessment of them.

GW: The world is a more interesting place than anyone thinks, and any journalism that brings a reader closer to that understanding is on the right track.

TC: You’re a Canadian writer and journalist currently living in the United States. What does winning a Governor General’s Award mean to you?

GW: It is the greatest honour I have received for my writing. Being a Canadian, and especially a Canadian resident in the United States, is a significant advantage, in ways my American colleagues probably do not understand. As a journalist, you have to acknowledge and accept your status as an outsider, an observer. My job is to listen to others and report their stories with as much observational and analytical insight as I can muster. It helps to have a certain dignified humility about your place in the world. I like to think Canadians have an advantage in this respect; so of course I find this award immensely gratifying.

TC: 49th Shelf is built around a large community of readers and fans who love great CanLit. What Canadian authors are you reading these days? Any recommendations?

GW: The philosopher Charles Taylor's writing on religion has influenced me, and I love the poet Anne Carson, who makes a brief and perhaps improbable appearance in my book. I'm currently reading the historian Natalie Zemon Davis, who doesn't disappoint either.

Read more of our interviews with 2017 Governor General's Award winners!