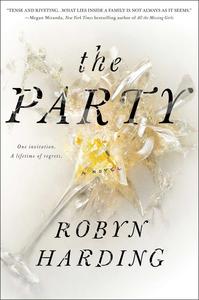 The Party, by Robyn Harding, is getting a lot of buzz—it's a Canadian Loan Stars pick for June 2017 and tops more than a few summer reading lists. Pitched as as a cross between Herman Koch’s The Dinner, Christos Tsiolkas’s The Slap, and Liane Moriarty’s Big Little Lies, The Party is a gripping and unsettling tale of domestic drama that goes very wrong. And in this Q&A, Robyn Harding tells us where the story came from, the surprisingly joys of writing dark, and how to make the reader keep turning the page.

49th Shelf: A “good” family, “good” parents, an innocent sweet sixteen party: what could go wrong? Apart from everything. With what did this story begin for you, and how did it grow?

Robyn Harding: This story began with my own teenaged children. As responsible parents, my husband and I had to discuss substance use with our kids and set boundaries. But I learned that many parents still follow the adage: “They’re going to drink anyway, I’d rather they do it at home.” I started to think about the risks of this parenting choice. What if something terrible happened to a child who was drinking in your home? Or what if your child was hurt while drinking at a friend’s house? How would this affect everyone involved: the parents, the kids, the entire community? There were so many avenues to explore, I knew I had to write this story.

49th Shelf: What surprised you the most about The Party as you wrote it?

Robyn Harding: I didn’t expect to enjoy spending time with these horrible people embroiled in this tense and dramatic situation, but I did! Before The Party, I had always written light, humorous fiction. I wasn’t sure I was capable of going to these dark places as a writer. I was afraid I might become depressed! But the deeper I got into the story, the more I enjoyed the twists and turns, the conflicts and moral lapses. Apparently, I’m a darker person than I thought I was.
49th Shelf: Few people are comfortable talking about issues of class and privilege, but it makes for such good fiction. Why do you think these ideas are so fruitful for writers?

Robyn Harding: It’s schadenfreude, isn’t it? We all know that people who have money, success, power, and fame, have problems, just like the rest of us. But when their problems are significantly worse than our own, we can’t help but feel a bit smug. It’s wrong, but I think it’s human nature. And for an author, it’s a fascinating area to explore.

49th Shelf: What do you do to ensure your readers keep turning the page?

Robyn Harding: Screenwriting taught me a lot about how to end a scene on an exciting note, to keep the audience (or in this case, the reader) engaged. And writing from multiple perspectives allows the story to move at a faster pace. I think every chapter should end with the reader desperate to know what will happen next.

49th Shelf: What have you got lined up for your own summer reading? Any other Canadian writers you’re excited about right now?

Robyn Harding: I’m so excited to take a break from writing (after the August 1st deadline for my next novel) and do some reading! I have a stack of physical books and a loaded kindle featuring several Canadian authors. I’m finally going to read Richard Wagamese’s Indian Horse. I’ve owned this book for ages, and when he passed away, I moved it to the top of my pile. I will also read the hilarious Susan Juby’s latest YA novel, The Fashion Committee, and Elan Mastai’s time-travel epic, All Our Wrong Todays. And I’ve been dying to read Shari Lapena’s thriller, The Couple Next Door.

In this stunning and provocative domestic drama about a sweet sixteen birthday party that goes horribly awry, a wealthy family in San Francisco finds their picture-perfect life unraveling, their darkest secrets revealed, and their friends turned to enemies.

One invitation. A lifetime of regrets. Sweet sixteen. It’s an exciting coming of age, a milestone, and a rite of passage. Jeff and Kim Sanders plan on throwing a party for their daughter, Hannah—a sweet girl with good grades and nice friends. Rather than an extravagant, indulgent affair, they invite four girls over for pizza, cake, movies, and a sleepover. What could possibly go wrong?

But things do go wrong, horrifically so. After a tragic accident occurs, Jeff and Kim’s flawless life in a wealthy San Francisco suburb suddenly begins to come apart. In the ugly aftermath, friends become enemies, dark secrets are revealed in the Sanders’ marriage, and the truth about their perfect daughter, Hannah, is exposed.

The Party takes us behind the façade of the picture-perfect family, exposing the lies, betrayals, and moral lapses that neighbors don’t see—and the secrets that children and parents keep from themselves and each other.

Robyn Harding’s domestic drama, hailed as “tense and riveting” by Megan Miranda, New York Times bestselling author of All the Missing Girls, explores the aftermath of a sweet sixteen birthday party that goes horribly awry, as the members of a wealthy family in San Francisco find their picture-perfect life unraveling, their darkest secrets rev …

Saul Indian Horse has hit bottom. His last binge almost killed him, and now he’s a reluctant resident in a treatment centre for alcoholics, surrounded by people he’s sure will never understand him. But Saul wants peace, and he grudgingly comes to see that he’ll find it only through telling his story. With him, readers embark on a journey back … 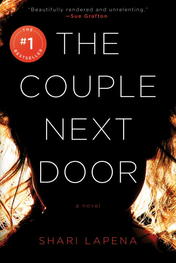 The Couple Next Door

An instant New York Times and Globe and Mail bestseller. Look out for Shari Lapena's next thriller, A Stranger in the House, coming August 2017.
"Meticulously crafted and razor-sharp. The Couple Next Door lingers long after you turn the final page." —Harlan Coben, #1 New York Times bestselling author of Fool Me Once