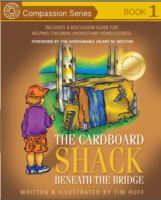 “No matter what you see or hear/ One thing is always true: Each one without a house and home/ Was once a child like you.” This is the line that jumps out in Tim Huff's book, The Cardboard Shack Beneath the Bridge. This simple, rhyming picture book was written as a response to the author's own young children asking about homeless people. For Grade 1 and up, it humanizes those in sleeping bags on a sewer grates, and each page has accompanying thought-provoking discussion questions. 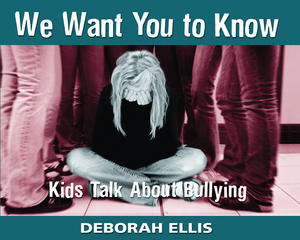 Deborah Ellis's non-fiction collection of interviews from around the globe, We Want You to Know: Kids Talk About Bullying, similarly demands empathy from the reader. I was disheartened to read kids recount their suffering (often for years) at the hands of bullies and how sometimes teachers hadn't done enough. Then, in the final chapter, one of the bullies, Len, age 15, says, “If I’d known what they were inside, what they did when they weren’t at school, what they were trying to be good at, I probably wouldn’t have gone after them, because you don’t go after people you respect.” He goes on to suggest a proactive solution, a simple way of building empathy; form a group where kids talk to kids they don't know. Ellis's book doesn’t shy away from the truth; each interview is followed by questions that cut to the heart of some tough issues. This is a great teaching tool for as young as Grade 2, right up to high school. 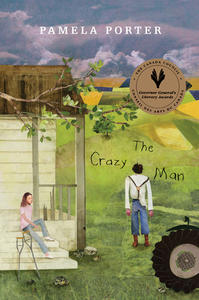 The Crazy Man, by Pamela Porter, involves characters who go against public opinion by showing empathy. It looks like a novel, but the text is written as a free verse poem which makes it manageable for the reluctant grade 6 reader. It also makes it an interesting readaloud for as young as Grade 4. The book begins with 12-year-old Emaline in 1960s Saskatchewan: “Thirty-two days since that day/my daddy dragged Prince’s body to the burn pole/ and set it afire,/ then walked away from the farm./ And us." The narrative then jumps straight to a tractor accident, the one her dad blamed the dog (Prince) for. The one that leaves her leg shorter than the other. When Mom hires Angus, an ex-patient from the local mental hospital to help on the farm, the community reveals their prejudices. Angus turns out to be a catalyst for Emaline's healing. The book's symbolic imagery and succinct language pulls at the heart strings in a story of compassion, justice, and coming to terms with change. 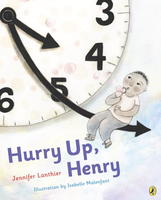 In Hurry Up, Henry, by Jennifer Lanthier, illustrated by Isabelle Malenfant, Henry spends his young life being constantly told to hurry up. Even his best friend, Simon, does everything fast. Henry’s grandmother is the only one who moves as slowly, So, for Henry’s birthday, empathetic Simon elicits Henry’s grandmother’s help in moving the clock back by one hour so that Henry no longer has to worry about time. A book any K-3 will relate to. 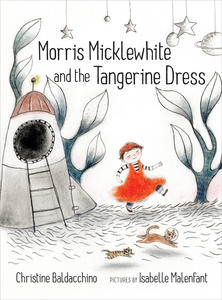 Who shows empathy to the ostracized boy in the tangerine dress, high heeled shoes, and nail polish? In Morris Micklewhite and the Tangerine Dress, by Christine Baldacchino, also illustrated by Isabelle Malenfant, it's Morris’ mother. She lets him work through his feelings by letting him stay home to create a magnificent painting of elephants swishing through the tall grass, much like the swishing sound the dress makes when he walks. Morris’ belief in himself shifts an atmosphere of putdowns to acceptance; the painting is a hit with the other kids who end up wanting to play astronaut with him, despite their differences. 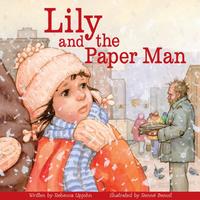 Lily and the Paper Man, by Rebecca Upjohn, illustrated by Renee Benoit, is a lesson in empathy for any K-3 child. At first, Lily is scared of the man who stands on the street chanting, "A dollar for the paper..." She avoids him on the walk home, but then she notices his bare feet through his ragged boots in the snow. When her dad gives her a dollar to buy a treat, she ends up buying the homeless man enough winter wear to make him so puffy he can hardly move. When this one is read to kindergartens, you can just see the wheels turning, the beginnings of social action motivated through empathy.

It is 1965, and twelve-year-old Emaline lives on a wheat farm in southern Saskatchewan. Her family has fallen apart. When her beloved dog, Prince, chased a hare into the path of the tractor, she chased after him, and her dad accidentally ran over her leg with the discer, leaving her with a long convalescence and a permanent disability. But perhaps …

A beautiful new picture book from an acclaimed author-illustrator team, showing the virtues of moving slowly in our modern world that's always hurrying

Henry's mother and father and sister are always telling him to hurry up, and his best friend, Simon, never slows down. Henry doesn't like to be late. But he doesn't want to hurry, either. He likes to …

Morris Micklewhite and the Tangerine Dress

Morris is a little boy who loves using his imagination. But most of all, Morris loves his classroom’s dress-up center and its tangerine dress.

Morris is a little boy who loves using his imagination. He dreams about having space adventures, paints beautiful pictures and sings the loudest during circle time. But most of all, Morris loves his classro …

Lily and the Paper Man

Walking home with her mother one day, Lily runs into a gruff and untidy-looking man selling papers on the street. Lily is afraid of the man, but when the weather turns cold, she sees the Paper Man differently.