In Mr. Karp's Last Glass, also by Fagan, the reader is immediately intrigued with 11-year-old Randolph, an avid collector of beer bottle caps, pens, and new words (checked off in the dictionary). When Randolph's dad loses his job at the department store, his family needs to rent out the third floor of their house. A sweet relationship unfolds between the boy and the new tenant, who is also a serious collector of curious objects (his are marked “fragile and perishable”). Grade 3+. 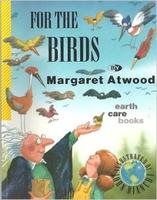 For the Birds, by Margaret Atwood, illustrated by John Bianchi, is one in a series of non-fiction Earth Care Books written and illustrated by Canada's top authors that tackle environmental issues for kids. Samantha thinks her next-door neighbour—an old lady who looks and acts suspiciously like a bird—is truly "for the birds." When Samantha hurts a Scarlet Tanager, the neighbour turns her into one, and transforms herself into a crow. Together they go on a migratory flight to South America, learning the habits of birds and the issues that threaten their lives. Each dire problem (e.g., rainforest clearing) is presented in a sidebar (by Shelley Tanaka) along with an empowering real-world solution. Grade 3 reading level but could be read aloud for age 6+.

Up in the Tree is a picture book written and illustrated by Margaret Atwood. Printed in red and blue ink, which saved costs in 1978 when it was first published, it has a “primitive” look, as Atwood says in the foreword. This is a quaint rhyming story for kids aged 3+ about two children who live in a tree. One day a beaver eats their ladder and they're stuck there with no tea and only leaves to eat until a cardinal comes to the rescue.

Naomi's Road, a novel by Joy Kogawa illustrated by Ruth Ohi, is a portrait of a six-year-old Japanese-Canadian and her family during WWII. Ousted from their Vancouver home, Naomi is separated from her parents to live in a cabin in Slocan, and later, to work in the sugar beet fields of Alberta. The story follows Naomi as she grows and has new experiences, including starting a small fire in her home, making a best friend, almost drowning, and being the victim of racism.

Through it all Naomi tries to hold on to what's important—her doll and her strong imaginary life—while her brother is determined to play music like their father. It ends with Naomi returning home as an old woman. A historical note gives context for young readers. Grade 4+ but Naomi's Road is also a good read-aloud for Grade 1+. 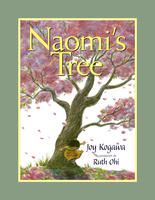 Naomi's Tree is a picture-book version of the same story, also illustrated by Ohi. The tumultuous events of Naomi's life are tethered to the image of the tree in her Vancouver front yard. Grade 1+. 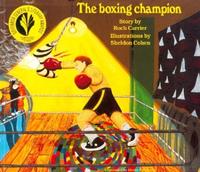 Fans of Roch Carrier's picture book The Hockey Sweater might like to know that Carrier's lesser-known sports-focused tales are a treat for ages 6+. Sheldon Cohen provides detailed illustrations and Carrier writes from a child's point of view with observations that are tender, profound, and ironic. In The Boxing Champion, Roch longs for muscles and skill to compete in the Cote's kitchen-turned-boxing-ring. He likes to fight but it's usually a one-punch match, not delivered by Roch. He tries to bleed a lot to be noticed by the girls, but he eventually reverts to ordering the Miracle Muscle Guide with motivation auto-suggestions: "I'm a champion!" 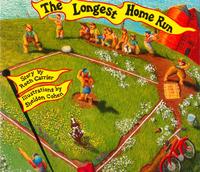 Carrier's pacing and humour continues in The Longest Home Run, in which the legendary hit is made not by Roch, but by a girl named Adeline, who's part of a father-daughter travelling magic show. When she wondrously disappears, Roch is elected to retrieve the ball Adeline's smashed through scary Old Sergeant Bonton's window. 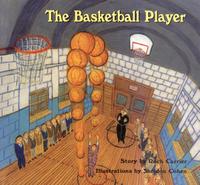 The Basketball Player portrays Roch joining the seminary "to travel far along the road of life." This is a scary transition for a young boy, but worse still, Roch is forced to play basketball. So he runs away to the forest where he meets poachers sympathetic with his plight. Roch's use of similes in this one makes it a good mentor text for young writers. 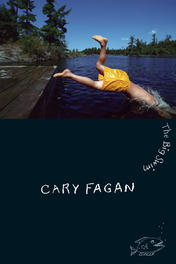 When Ethan arrives at summer camp for the first time, he has just three modest goals. First, to survive. Second, not to be hated. Third, not to be the worst at anything. But these goals turn out to be relatively easy to achieve. Instead, his real challenge comes in the form of a new cabin mate. Zachary arrives at camp late, surrounded by a cloud of … 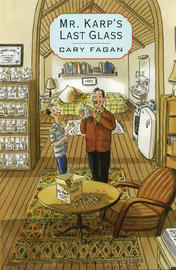 Young Randolph has two favorite pastimes -- hockey and collecting. When his family rents out part of their house, Mr. Karp takes over two rooms on the third floor, and Randolph soon learns that the new boarder is a collector too.

It turns out that Mr. Karp collects water -- samples that he keeps in glass containers, each one carefully labeled: Ditch …

In the days of Roch’s childhood, winters in the village of Ste. Justine were long. Life centered around school, church, and the hockey rink, and every boy’s hero was Montreal Canadiens hockey legend Maurice Richard. Everyone wore Richard’s number 9. They laced their skates like Richard. They even wore their hair like Richard. When Roch outgro …

“The longest home run in the history of baseball was hit by a girl.” So begins a baseball misadventure in the village of Ste. Justine. This time, a strange girl named Adeline shows up at the daisy field where Roch and his friends play baseball all summer. She proceeds to hit a towering home run…right through the window of the crankiest man in …