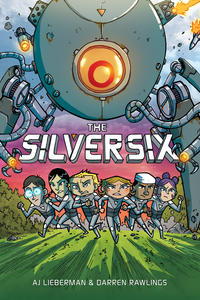 An orphan-spy-gang-sci-fi thriller. A fantasy novel as allegory. A series of funny First Nations stories. A poetic portrait of death. A guide to making movies. Each delivers its own take on the graphic form and makes for easy reading during these summer months.

Being an orphan is a crime in The Silver Six, by Al Lieberman and Darren Rawlings, and 12-year-old Phoebe's parents have died in a shuttle explosion. She survives in a futuristic urban society, where natural parks are movie sets and her domestic robot, Max, plays pre-recorded voices of her mom and dad when the landlord comes a-knocking. Phoebe's also on the run from bad-guy, Mr. Craven, who's after a secret file of her parents'. Phoebe gets nabbed by the Child Welfare Services where she meets five other orphans whose parents' deaths are suspiciously similar to Phoebe's. Together they form the Silver Six and head out of their artificially controlled world to solve the mystery. (Grades 3 to 6)

In the fantasy novel, Gottika, by Helaine Becker, illustrated by Alexander Griggs-Burr, Dany is a 15-year-old Stoon allowed to live in Gottika, but his family must follow a few rules: a curfew, required scarlet headwear, no land ownership, job restrictions and one child per family. One man, The Count, is in control, and he's kidnapping teenage girls. This novel's short, 2-3 page chapters, interspersed with comic-style panelled illustrations, feature a boy on the cusp of adulthood, desperately wanting to gain access to the truths that have been kept from him, such as why his father hides his ability to perform magic, and why his mom has the “staring sickness.” When Dany's father is accused of murdering a princess, secrets spill and Dany must use his knowledge to help his family. Savvy readers might make connections to real-world repressed cultures. With some references to sex, this would be good for age 13+. 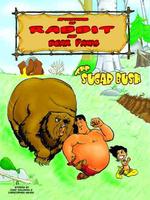 The Adventures of Rabbit and Bear Paws, by Chad Solomon and Christopher Meyer, feature three native kids and their misadventures. There's wee, peppy, 12-year-old Rabbit, his 10-year-old brother Bear Paws, who is the size of an adult, and their best friend, Strawberry. Set in the 18th century in the Great Lakes Region, amidst French and British settlements, these tales impart values of the Anishinabek Nation. The series of graphic novels, at a grade 3+ reading level, include Bear Walker, in which a trickster/healer tries to steal their father's spirit power, and True Hearts, in which the boys' hi-jinx puts true love off-course. There's also seven picture books ("The Sacred Seven") for the K-3 crowd, showcasing animals' unique natures. Each addresses a value, such as wisdom, truth, honesty. For example, in Humility, the trio follow a big-eared mouse, boasting that they can do everything the mouse can do. All are humourous glimpses into native traditions. 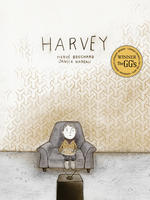 In Harvey, by Herve Bouchard and Janice Nadeau, it's spring and Harvey and his little brother return home from racing toothpicks in the gutter to be embraced by a bell-shaped priest on the sidewalk while their mother wails and an ambulance takes their dead father away. The boys search the house for their dad, thinking they didn't actually see the face of the covered body. Some pages without text create a visual metaphor. This Governor-General Award-winning book captures a child's view of death with humour and poignancy. There's also Harvey's obsession with Scott Carey, the Incredible Shrinking Man, who eventually becomes invisible, like Harvey living his life, “alone in the night, face to face with the stars.” It's very French, with brown, black and grey minimalist sketches showing a Quebec landscape—for grades 3+.

Jagroup's dad is being pressured to sell his farm to developers in Media Meltdown: A Graphic Guide Adventure, by Liam O'Donnell, illustrated by Mike Deas, When Jag's barn burns down, Jag enlists his friends to help him find the culprit. When the kids try to broadcast the truth via TV, they find themselves stonewalled by adults. This one works for grades 5 and 6 who might want to learn how to make their own movie inspired by real events. Media literacy concepts are broken down within the story; for example, how messages are shaped to meet various interests; how ads creep into our day-to-day environment; how we often don't know who controls the information. It gives tips on script writing, camera angles, TV studio roles, blogs, wikis, and social media. This book is a nudge toward creating visual media—apropos after reading these inspirational graphic novels. What is the most dangerous secret of all? For fifteen-year-old Dany, is it the shame that his once-vital mother now suffers mutely from “the staring sickness?” Or is it that Count Pol, the corrupt absolute ruler of Western Gottika, may be scouting the city clandestinely for teenage girls to kidnap? Could the worst secret be the mystery behind w … 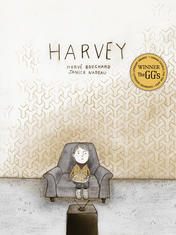 Harvey and his little brother are playing in the slushy streets of early spring when they learn, out of the blue, that their father has died of a heart attack. Everything changes and Harvey's favorite movie, The Incredible Shrinking Man, suddenly begins to dominate his …

While learning about media consolidation and the power of money over truth, Bounce, Pema and Jagroop decide to take on the developers and the media.

When Karl Reed, Owner of Oasis Developments, tries to force the sale of a local fruit farm—through whatever means necessary—Pema, Bounce and Jagroop decide to expose him through the media. Little do …