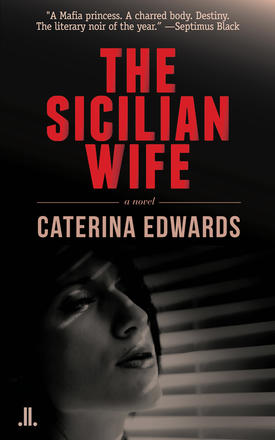 Truly, every season is the perfect season to curl up with a murder mystery, but there is something irresistible about gripping a gripping book in summer. In this list, Caterina Edwards, author of The Sicilian Wife, gives us the lowdown on Canada's most compelling lady sleuths, and a list of great summer reads to curl up with.

What turns the reader of a mystery into a fan of a series? Compelling plots, good prose, and an evocative setting? Suspense? Certainly, but for me the ranking of these elements depends on my mood. What never changes is the need for an appealing sleuth.

I began reading a number of Canadian mysteries featuring female sleuths only after I finished The Sicilian Wife and had created Marisa De Luca, the newly appointed police chief of a station house in Alcamo, Sicily. I say "created," but the experience of writing Marisa was more discovering than making. She sprang from my subconscious fully formed; I simply had to pay attention. But when I considered continuing Marisa’s story in a sequel, I needed to figure out what worked and what didn’t.

A detective who has her own series must be distinct in her talents, tastes, sidekicks, and stomping grounds, while sharing the characteristics of curiosity and foolhardiness. The genre demands she put herself in harm’s way. Marisa dares to challenge the local Mafia boss without the support of her men, who resent and resist her, and despite the orders of her mentor and superior.

In Cold Mourning, Brenda Chapman’s aboriginal detective Kala Stonechild is a token hire of Ottawa’s major crimes units, but, unlike Marisa, she is quickly accepted by her colleagues. Her immediate boss, Inspector Rouleau, respects her abilities, and they work well together investigating the murder of a prominent businessman. But, of course, she decides to work alone, without a word to anyone, to trap a man attacking women in an neighbourhood of high rises. Kala is three dimensional with a significant backstory. Because of the trauma she endured as a child, we believe she would use herself as bait or risk her life to save that of another.

RCMP officer Danutia Dranchuk is another convincing and engaging sleuth with a fully imagined backstory. The Dranchuk series, written by Kay Stewart and sometimes Chris Bullock, excels at vivid characterization and depth of place. Read the prologue of Sitting Lady Sutra: four points of view, four settings, and five characters smoothly introduced and an underlying unease, even dread, evoked. The body of an unidentified girl is found a month later, near Sitting Lady Falls. Danutia has already been searching the Victoria area for a serial killer of Aboriginal women. Has the killer struck again?

While Danutia and Kala have the complexities of the protagonists of literary novels, Ian Hamilton’s Ava Lee seems inspired by the superheroes of film or comics. She beguiles the readers with her extraordinary skills. She is not a policewoman but a brilliant forensic accountant, tracking down and recovering misappropriated money. In The Red Pole of Macau, she leads a seemingly suicidal attack on a triad compound. An expert martial artist, she takes down and maims a thug, while remaining cool and courteous. Ava Lee is a wish fulfillment and a fraud-buster.

Flavia De Luce is also a fantasy, though one of a different kind: an 11-year-old sleuth in 1950s England, a genius and a chemist. She lives unsupervised, almost neglected, passing her time solving problems, such as how to poison a sister or who killed the stranger she watches expire in the cucumber patch. In Speaking From Among the Bones, by Alan Bradley, Flavia’s obsession with death has her crawling through the remains of her village’s dearly departed. It is Flavia’s voice—original, composed and witty—that draws the reader in.

Phoebe Fairfax of Healthy, Wealthy, & Dead, by Suzanne North, finds herself at a dude ranch/spa as theatrical as Flavia’s village, Bishop Lacey. And the characters she investigates, sushi chef, diet doctor, rodeo star, and so on, are as quirky, though more contemporary. Phoebe herself is credible enough, a TV camerawoman for a Calgary lifestyle show and an artistic photographer. She is feisty and funny, saving herself at one point through the use of a steam calliope.

R. J. Harlick and Janice Macdonald have situated their lady sleuths in unusual and contrasting locations. Meg Harris has chosen to live in isolation in the Canadian wilderness; Randy Craig unmasks murderers in Edmonton’s busy and crowded cultural milieu. The sensitivity and responsiveness of both heroines to settings adds to their appeal: during Meg’s journey to Baffin Island to investigate her father’s death in Arctic Blue Death, for example, or during Randy’s time in Edmonton’s theatre scene in search of a serial killer of directors in The Roar of the Crowd.

The mob family is the backdrop of Melodie Campbell’s The Goddaughter and my The Sicilian Wife. Her book is a madcap romp; mine borders on the tragic. Campbell embraces, then squeezes the stereotypes. Her Gina Gallo doesn’t investigate: she extricates herself from the latest messy and often dangerous situation, all the while navigating the rules of both sides of the law. She is irresistible. I laughed out loud.

Award-winning writer Caterina Edwards’s first novel, The Lion’s Mouth, was translated into French and will appear in Italian, as will her non-fiction book, Finding Rosa. Her radio drama, The Great Antonio, was chosen to represent Canada in an international radio competition, and a collection of critical essays on her work was the first book published by Guernica Editions in its series on Canadian writers. She lives in Edmonton.

The Sicilian Wife is both a literary novel and a mystery. Fulvia, the Mafia Princess, must be a dutiful daughter or the family will be dishonoured. Though she eventually escapes and makes a new life in Canada, she is betrayed and then her husband is murdered on the Sicilian coast. The police Chief investigating the case is Marisa, who faces a stati …

The Sicilian Wife is both a literary novel and a mystery. Fulvia, the Mafia Princess, must be a dutiful daughter or the family will be dishonoured. Though she eventually escapes and makes a new life in Canada, she is betrayed and then her husband is murdered on the Sicilian coast. The police Chief investigating the case is Marisa, who faces a stati …

A Stonechild and Rouleau Mystery

Nominated for the 2015 Arthur Ellis Award for Best Novel

When murder stalks a family over Christmas, Kala Stonechild trusts her intuition to get results.

It’s a week before Christmas when wealthy businessman Tom Underwood disappears into thin air — with more than enough people wanting him dead.

Officer Kala Stonechild, who has left her Northern O …

The Red Pole of Macau

Ava is called upon to protect her family’s future in the latest installment of the acclaimed Ava Lee novels.

Ava’s half-brother Michael is desperate to pull out of a multi-million-dollar real-estate deal in the territory of Macau. The developers are threatening to halt construction unless Michael and his business partner put up another $80 mill … 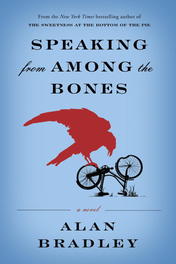 Speaking From Among the Bones

In the fifth book of the New York Times bestselling series, featuring Flavia de Luce, Alan Bradley pens his most chilling mystery yet, and introduces a new character into the mix whose actions will have lasting consequences on Bishop's Lacey, the de Luce family, and especially Flavia herself.
When the tomb of St. Tancred is opened at the vill … 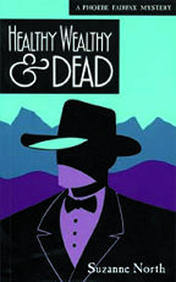 A sushi chef, an owl with a hat fetish, an antique steam calliopewhat does each have to do with murder at a trendy health spa in the foothills of the Canadian Rockies? Join camerawoman Phoebe Fairfax and her roving camera in this nightmare of western hospitality.

Short-listed for the 2010 Arthur Ellis Award for Best Crime Novel
The sparsely populated Arctic is no stranger to murder. The fourth in the Meg Harris series follows Meg’s adventures into the Candian Arctic as she searches for the truth about the disappearance of her father when she was a child. Many years ago, her father’s plane had gone mis …

Roar of the Crowd, The

Wherever Randy Craig goes, trouble seems to follow. With the help of her friend Denise, Randy has landed a summer job with a high school theatre program linked to the FreeWill Shakespeare Festival. But when a local actor shows up dead and Denise is the prime suspect, Randy has to find to a way to solve the mystery while surrounded with suspects who …

Gina Gallo is a gemologist who would like nothing better than to run her little jewelry shop. Unfortunately she's also "the Goddaughter," and, as she tells her new friend Pete, "you don't get to choose your relatives." And you can't avoid them when you live in Hamilton and they more or less run the place. When Gina bumps into Pete at the Art Galler …

A Mother with Alzheimer's, a Daughter in Search of the Past

When her mother, Rosa, begins to show signs of dementia, Caterina Edwards embarks on a myriad of journeys  geographical, intellectual, emotional  that turn out to be part of one journey, a search for the meaning of the past and of home. During the four years she ca …