Ever wonder how a baboon thinks about his fellow baboons? Or how a cat views the Israeli-Palestinian conflict? Or how a seeing-eye dog-in-training tunes into people's feelings? This summer list lets the reader explore animal nature. 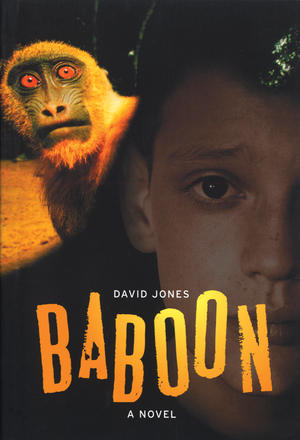 Right from the start, Baboon, by David Jones, grabs hold of the reader and doesn't let go. The book opens with Gerry in a plane crash in the African veldt, along with his biologist parents who have come to study baboon behaviour. Gerry awakens to find himself injured; even worse, he discovers the hairy arm he's lying on is his own—he’s become a baboon. Gerry watches from afar as his parents leave by ambulance with his (still alive) body before he scampers off to survive. He gets the hang of scavenging for food, struggles to eat naked mole rats, and withstands constant bullying by baboons higher up the pecking order. His human mind allows him to fend off a leopard attack, but the more he moves up in status, encountering poachers and participating in a gazelle kill, he begins losing his ability to count, read and write. He's increasingly forced to rely on smell, rather than reason. These are uncommon themes in junior fiction: the rational mind vs. animal instinct; learning to work as a troop. Gerry eventually comes face-to-face with his parents on the savanna, still studying the troop he's now part of. Reading level: grade 4/5+ 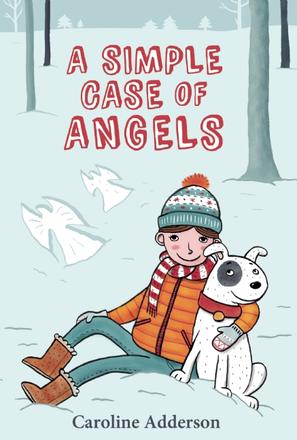 In A Simple Case of Angels, by Caroline Adderson, the earth has shifted off its axis in Nicola's neighbourhood. Kids are falling off the playscape in record numbers, forcing the principal to shut it down. Pencils are rolling off desks and last year's nice teacher is suddenly mean. Then there's the disappearance of birdsong and Christmas lights. But Nicola has a more pressing problem; Nicola is best-friendless in her new grade five class and her mischievous new puppy June Bug is three bad deeds away from being ousted from the Breams household for good. In an act of penance for his Christmas turkey-stealing crimes, Nicola brings June Bug to visit the old folks' home, where he (sometimes) acts as a calming influence for the residents. There, Nicola meets Mr. Milton with eyebrows like insect feelers. As a result of a stroke he repeats a cryptic line from a poem. Nicola and her new friend Lindsay do some digging and find references to angels everywhere: in crossword puzzles, in the snow, and in Milton's poem. They also find mistreatment of the residents. Good deeds turn things around. This one's for grades 3 to 6. It's very well written, without extraneous descriptions, allowing kids to wrestle with concepts such as: relationships with seniors; good and evil; angels and death. 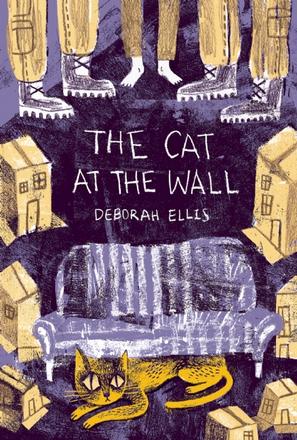 The Cat at the Wall, by Deborah Ellis, is aimed at a grade 4+ reader. Clare has died at age 13 and come back as a cat in Bethlehem, in the middle of the Israeli-Palestine conflict. She has a very unique take on things, but always in her cat-like way, looks out for herself, which is similar to her former life as a mean self-centred little girl. She ends up in a small Palestinian house commandeered by two Israeli soldiers spying on the neighbourhood. Clare can understand the two languages spoken in the house, including a Palestinian boy found hiding under the floorboards (reciting Desiderata, the very same poem her former teacher had forced her write out as punishment for bullying) and the soldiers' struggle with what to do with him. Tension builds as the community becomes aware of the boy's captivity. The climax involves Clare using her cat abilities to inject a moment of peace into the chaos. This is a compelling, rich story with very human characters, inviting a young reader to understand the many individual stories in such a pressure-cooker situation. 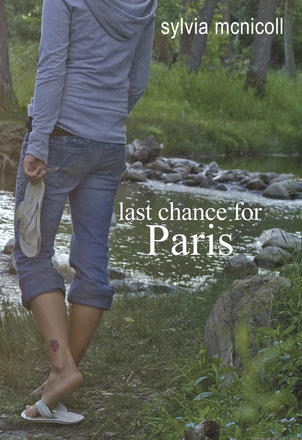 In Last Chance for Paris, by Sylvia McNicoll, Paris is a dog that might be a wolf, one that Zanna's adopted. Zanna, the vegetarian city girl, is stuck in Last Chance, Alberta, for the summer with her twin brother (whom she hasn't seen for four years) and their glaciologist father. She's also on an enforced break from her boyfriend, without a phone, with only dial-up internet access at the local cafe. She gets a job picking up scat samples with Tyler, the park ranger, and while on a daylong hike, things go horribly wrong; Zanna is injured, her brother goes missing, and Paris isn't there when they need him. This one has a dramatic search and rescue in the mountains, with themes of displacement, dual natures and a bit of romance. Can a wolf really perform like a rescue dog? Can a city girl really live without the internet? For grades 5+. 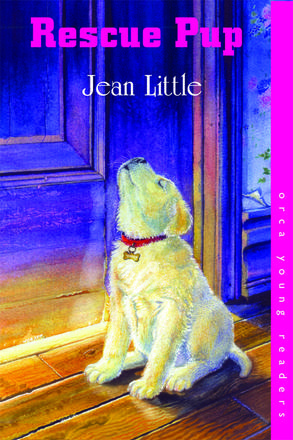 For the grade 2-3 reader, Rescue Pup, by Jean Little, stars Shakespeare, an extraordinary golden lab puppy who understands "Human." This is the story of a girl in foster care, assigned to take care of Shakespeare for a year before he goes on to become a Seeing Eye Dog. Shakespeare has to work hard to gain the trust of the girl dubbed "Stoneface." Jean Little accurately captures a pup's view of the world as a few near-death experiences allow Stoneface to heal from her past. There's a sequel to this one, Forward Shakespeare.

Each book on this list provides a wild escape for the lazy days of summer. 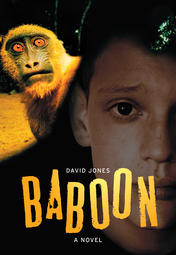 Fourteen-year-old Gerry Copeland has mixed feelings about flying back to his parents’ research camp in the African savanna. While his biologist mom and dad study baboon behavior, he’ll be thinking about the video arcade and restaurants back in the city.

Suddenly, their small plane’s engine stutters and dies. They go down hard. Gerry wakes up t …

A Simple Case of Angels

Nicola’s adorable little dog, June Bug, keeps getting into trouble. She steals the neighbor’s turkey, yanks down the Christmas tree and destroys Mum’s almost-finished giant crossword. Everyone is mad, and it looks as though June Bug’s days are numbered.

Will doing a good deed make up for June Bug’s bad behavior?

Nicola certainly hopes so. A …

Zanna is a rebellious pre-teen city girl with a fondness for tattoos and bad boys. But after her last rebellion-a strawberry tattoo on her ankle-her mother leaves for France without her. Zanna is forced to spend the summer with her twin brother, Martin, and their glaciologist father in the mountainous region of Last Chance Pass. There Zanna takes i …

Seeing-eye pup, Shakespeare, conquered many fears in Rescue Pup. Now he is back, about to be matched up with a blind boy, ready to begin his working life. Tim is enraged by his blindness and wants nothing to do with a guide dog. But he is no match for Shakespeare.