Summer! So perfect, so ephemeral. And yet also potentially endless if you keep rereading these beautiful summery new books.

Song for a Summer's Night, by Robert Heidbreder and illustrated by Qin Leng: 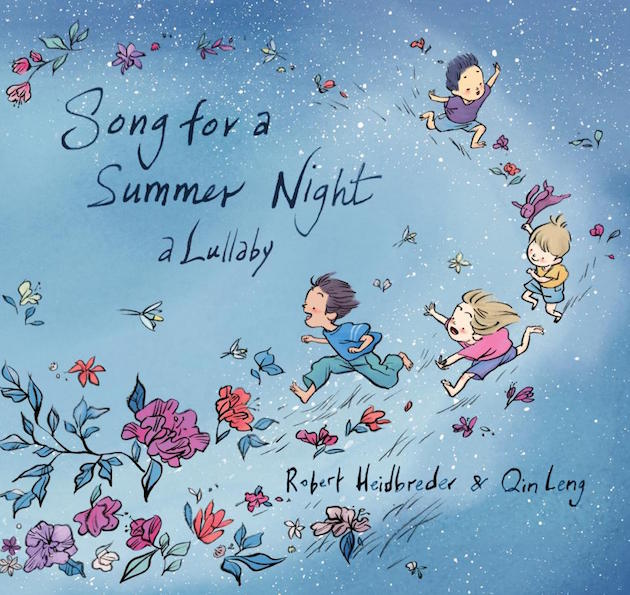 The charm of this gorgeous book won't be completely apparent until you've read it in the company of at least one small child who will inevitably join for the summer song chorus—"shh-shh glint glint pring pring tra-la-la..." It's the perfect book to wind down with at the end of a busy sun-soaked day, its verse as contagious as that of Heidbreder's previous book, Drumheller Dinosaur Dance, and perfectly complemented by Leng's full page spreads.

See You Next Year, by Andrew Larsen and illustrated by Todd Stewart: 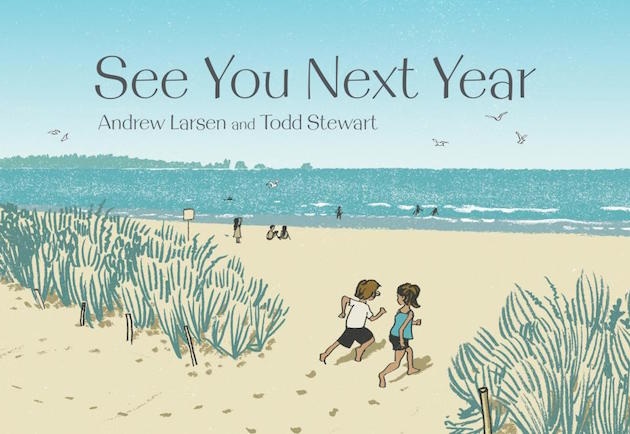 We're in love with this book about the small pleasures of the summer holiday, an annual journey to a place where nothing ever changes. Larsen is as excellent as ever with his child's-eye-view of the world and wonder at the simple things, the amazing things—beach umbrellas, motel rooms, splashing in the waves and writing postcards. Stewart's illustrations are most remarkable for their use of light, showing the passage of time but also its cyclical nature—that there are so many things we can count on.

Jessie's Island, by Sheryl McFarlane and illustrated by Sheena Lott: 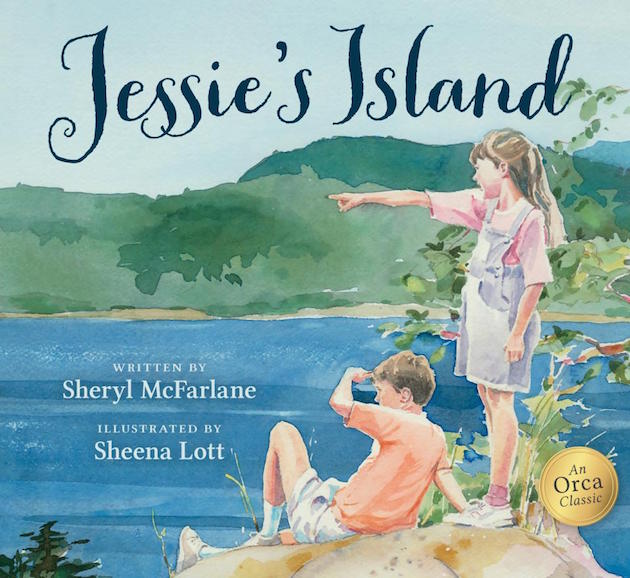 This West Coast Classic has been reissued more than 20 years after its first publication, Lott's stunning watercolours making the book instantly attractive. In the story, a young girl responds to her cousin's suggestion that living on an island must be dull compared to his structured and busy life in the city. But no, she tells him, taking stock of killer whales in the strait and bald eagles soaring overhead to anemones in tide pools and tiny hermit crabs on the shore. She thinks of countless days spent exploring, fishing, swimming and canoeing, and her story becomes a celebration of a childhood spent immersed in the natural world. 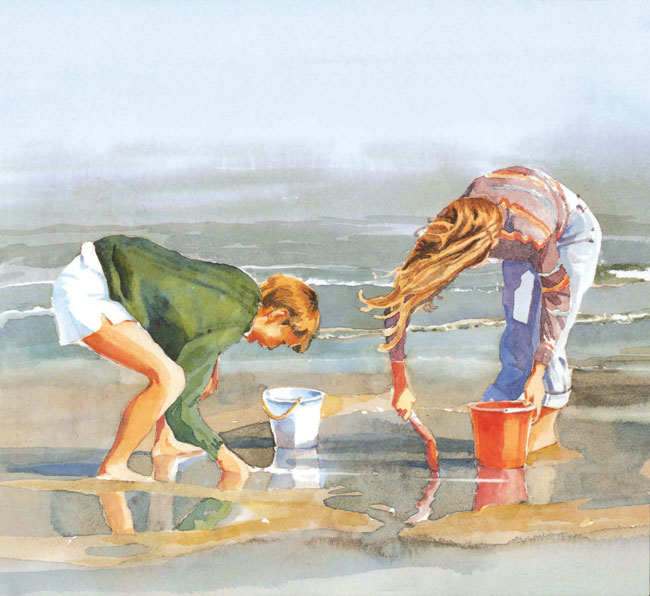 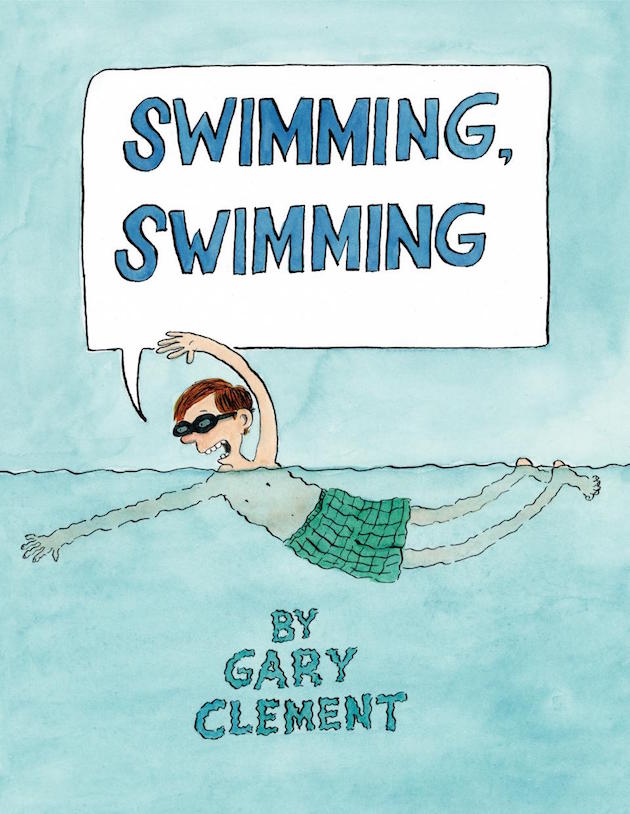 A old song that everybody knows ("Swimming swimming, in the swimming pool. When days are hot and when they're cold...") is made new again with Gary Clement's quirky cartoon illustrations. A boy's trip to the public pool with his friends becomes a ritual shared with all the other bathers who are breaking out in chorus themselves by the end. The song is fun to sing and young readers will delight in the detailed images—my two-year-old likes to find the babies in the pool who (of course!) are singing too. 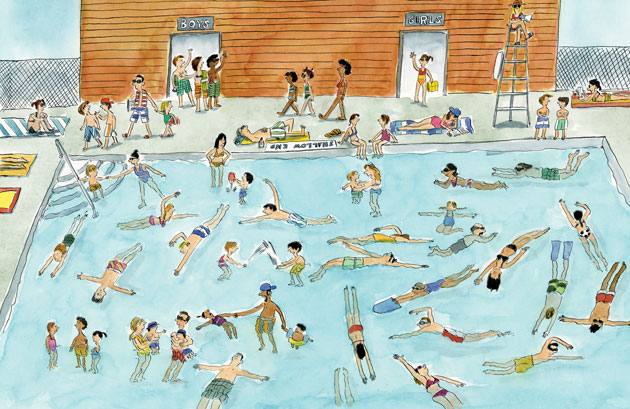 The King of Keji, by Jan Coates and illustrated by Patsy MacKinnon: 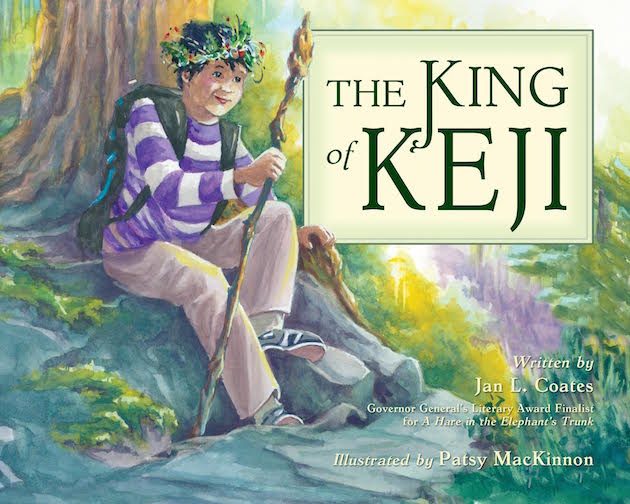 Nova Scotia's Kejimkujik National Park is the setting for this beautiful story about a young boy exploring the natural world in the company of his grandfather. Jacob is tired of always being the dirty rascal while his older brother is king of the castle, but his grandfather gives Jacob the keys to his own kingdom as they make their way through the park, at the same time showing him how to have fun in nature in ways that are respectful and ecologically sound. 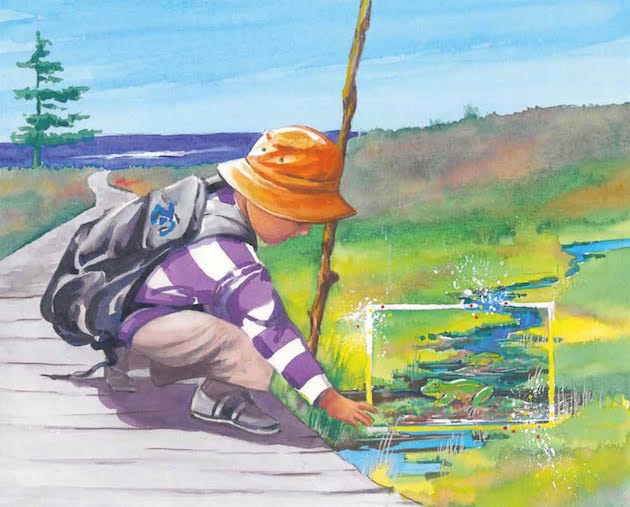 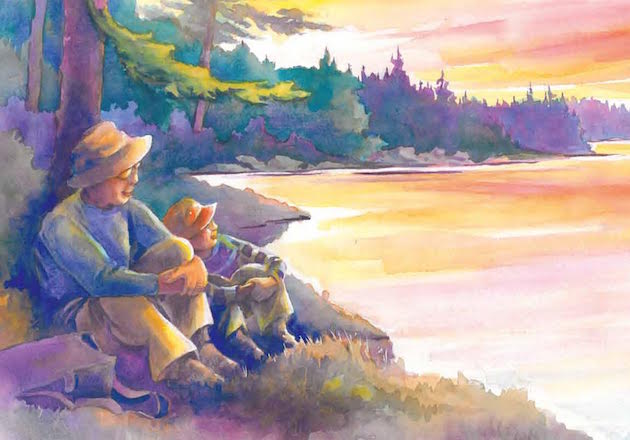 The Specific Ocean, by Kyo Maclear and illustrated by Katty Maurey—COMING IN AUGUST! 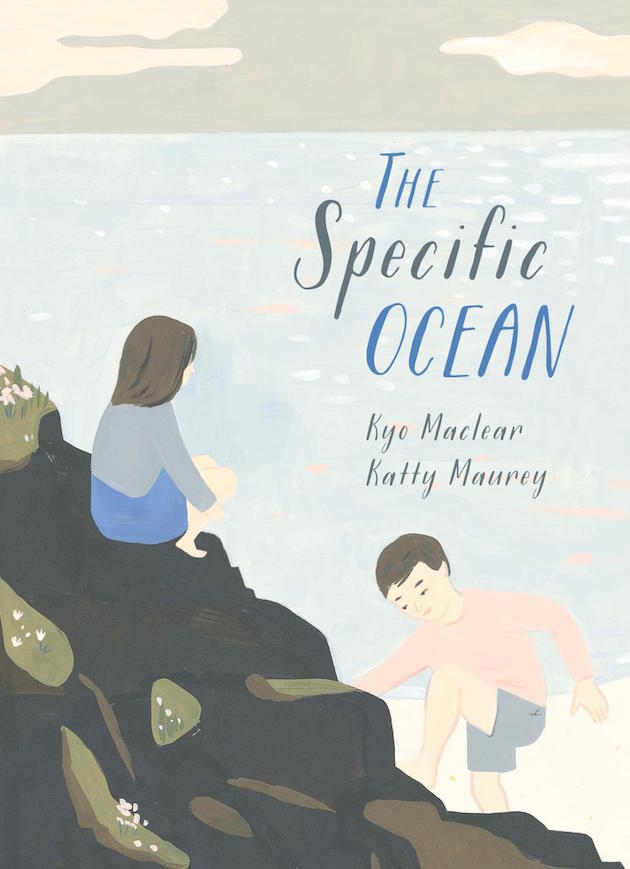 And here's one to look out for when it comes out in August, a new picture book by the amazing Kyo Maclear who has teamed up with Quebec illustrator Katty Mauray for a very specific look at the Pacific Ocean. At first, the young narrator has no interest in exploring the ocean to which she has been unwillingly delivered for a summer vacation. But gradually, she learns to love the big cold sea. The only problem now is, how is she ever going to leave it behind when it's time to go? 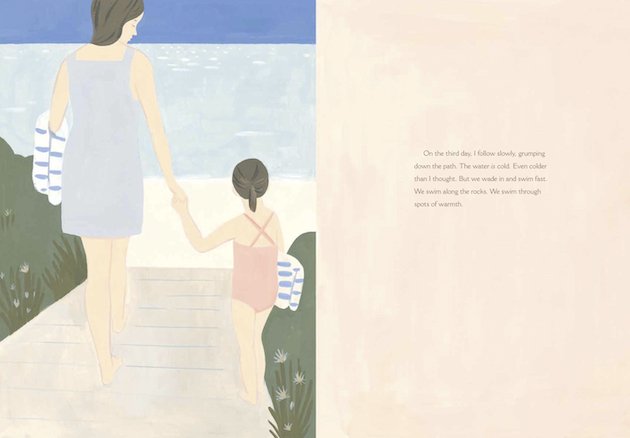 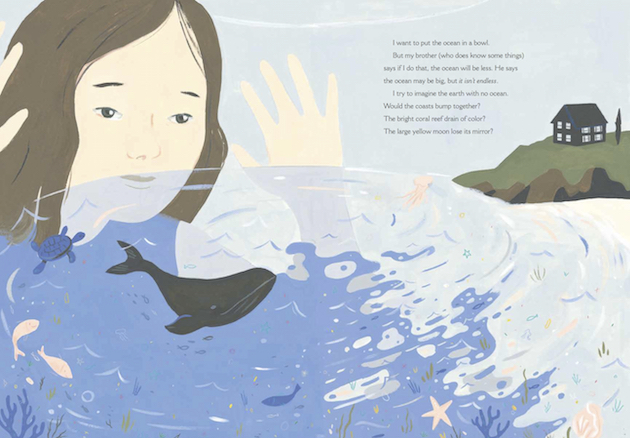 Song for a Summer Night

As night falls on a soft summer evening, neighborhood children are drawn out of their houses by the sights and sounds of the world after dark. First the fireflies come sparkling past, followed by a host of domestic and wild animals, from cats and dogs to owls and skunks. Accomplished children’s poet Robert Heidbreder creates a world of enchantmen …

See You Next Year

Every summer, a girl’s family drives down the same roads, passes through the same towns, and spends a week at the same beachside motel. Year after year, everything is comfortingly predictable: the families they see, the rhythm of the days, the stars, the bonfires, and even the pattern the tractor makes as it rakes the sand on their beach.
But t …

With a long list of activities and events to attend, cousin Thomas paints a picture of city life that makes Jessie’s world seem a little dull in comparison. When her mother suggests they invite Thomas to visit their island, Jessie wonders glumly what she could possibly write in her letter that would sound as exciting as zoos, planetariums or vid …

Drawing on his own memories of the best days of summer in the city, Gary Clement brings us an illustrated version of the beloved classic “Swimming, swimming in a swimming pool,” full of fun and humor.

The illustrations show a young boy and his friends spending a carefree day at the neighborhood pool. We see them walk to the pool together, chang …

Jacob's brother, Ben, is always king of the castle. Jacob is tired of being the dirty rascal!

Jacob and his grandfather decide to set out on a camping trip to Nova Scotia's Kejimkujik National Park. There, they find lots of hidden treasure fit for a king, like emeralds (the green of a hemlock’s foliage), amber (the eyes of a deer), and diamonds ( …

In this gently told picture book, a young girl is unhappy about having to leave the city for a family vacation on the Pacific Ocean (which she used to call the Specific Ocean). As the days pass, however, she is drawn to spend more time in and near the water, feeling moved by its beauty and rhythms. “The ocean does its own thing, rolling backward …