Mothers come in many forms in these books that put moms in the spotlight. 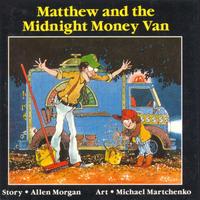 It's the eve of Mother's Day in Matthew and the Midnight Money Van, by Allen Morgan, illustrated by Michael Martchenko. Matthew crawls under his bed to count the money in his piggy bank (a money van). There, amongst a host of uneaten food items, he realizes he doesn't have enough for his mom's gift before falling asleep. In what might be a dream, Matthew helps some unusual street-sweepers, such as the midnight mounted geese police with bambino machines collecting dropped pennies. He hits the $2 million mark, enough for a diamond ring for mom. The humorous language and pictures complement each other beautifully, resulting in a lovely sentiment between mother and son. (He ends up preparing a breakfast using all those under-the-bed snacks.) This one is for all ages. 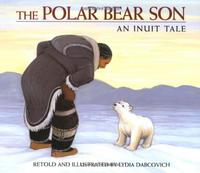 The Polar Bear Son, An Inuit Tale, retold and illustrated by Lydia Dabcovich, is about a childless old woman who lives alone. She takes in a polar bear cub, calling him Kunikdjuaq (son). He grows to hunt and fish, providing enough for everyone in the village, but the men folk grow jealous and decide to kill and eat him. With the help of the children, the woman helps him escape. The author’s note tells a bit about the North and how this myth developed in many Arctic communities. It’s a touching tale with illustrations capturing the landscape and light of the North. For all ages. 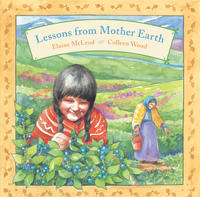 In Lessons from Mother Earth, by Elaine McLeod and Colleen Wood, Tess’s grandmother is finally going to show five-year-old Tess her garden, which turns out to be Mother Earth. Grandma lets her in on the rules of the garden: each plant has its own picking time; take care not to pick too much or too little; no trampling or rubbish. The colourful water colour pictures depict a listening granddaughter and a wise grandma. Great for five to seven year olds. 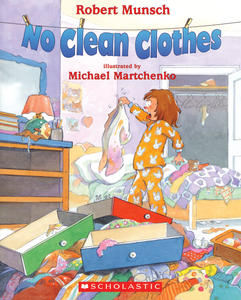 No Clean Clothes, by Robert Munsch, illustrated by Mark Martchenko, has a distinctly West Coast setting. When Lacey blames her mom for having no clean clothes, her mom suggests she wear a gift from Grandma, a t-shirt that says: KISS ME—I’M PERFECT. Martchenko’s anti-stereotypical portrayal of a construction-worker mom, with hard hat and chainsaw, doing mommy things, is a refreshing look at motherhood. There’s a host of fun characters, reacting to the message on the shirt until the signature Munch last-page punchline reveals one very cool grandma peddling a shopping cart full of t-shirts.

In keeping with antithetical moms, a native family is portrayed in Nobody, by Meguido Zola and Angela Dereume, illustrated by Wendy Wolsak. This is a first person story. A little boy tells of his mother's frustration with him and his two sisters. Mom asks, "Who left Fang, the family dog, sitting on the pizza delivery boy right through Hockey Night in Canada?" "Nobody!" "Who borrowed Grandpa’s electric shaver, the one he won at church bingo, to give Grandma’s fluffy slippers a crew-cut?" "Nobody!" Mom finally puts up a wanted poster for the elusive "Nobody". The black and white sketches and repeating refrain lend humour and sweetness to this story for the readers ages four to eight. 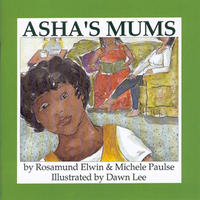 How about two moms? In Asha’s Mums, by Rosamund Elwin and Michele Paulse, illustrated by Dawn Lee, a teacher’s request for permission to go to the Ontario Science Centre begins a discussion amongst the six and seven-year-old crowd about whether Asha can have two moms. The black and white and watercolour pictures capture a young child’s perspective on this issue for the four to seven crowd. 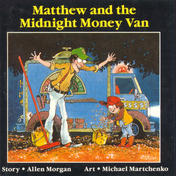 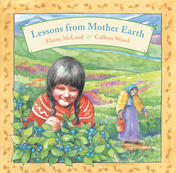 Tess has visited her grandmother many times without really being aware of the garden. But today they step outside the door and Tess learns that all of nature can be a garden. And if you take care of the plants that are growing, if you learn about them -- understanding when they flower, when they give fruit, and when to leave them alone -- you will …

A relatable, laugh-out-loud story about what happens when you run out of clean laundry.

Lacey never puts her clothes in the laundry hamper, until once morning she goes to get dressed for school she finds she has . . . no clean clothes!

Her mom tells Lacey to wear a shirt her grandma gave her — a weird one that says: “Kiss me, I’m perfect!” L … 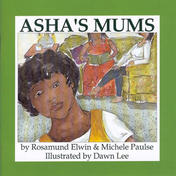 When Asha's lesbian mums become an issue for the teacher and the curiosity of classmates, Asha responds that having two mums is not a big deal. They are a family.