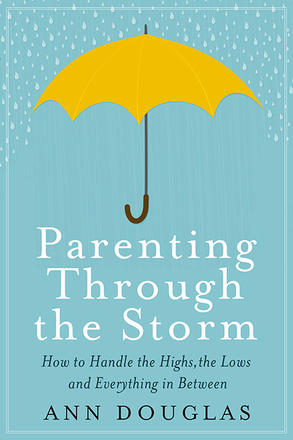 Ann Douglas is the author of a number of bestselling books about pregnancy and parenting (including The Mother of All Pregnancy Books and The Mother of All Baby Books) and a magazine writer who specializes in writing about parenting and health. This month, HarperCollins publishes her new book, Parenting Through the Storm: Handling the Highs, the Lows, and Everything In-Between, a guide to parenting a child who is struggling with a mental, neurodevelopmental, or behavioural challenge.

If you’ve got kids, you’ve got guilt—parental guilt, that is. It doesn’t matter what you’re doing, you’re doing it wrong—or at least that’s how it can feel.

But here’s a bit of good news for the guilt-racked modern parent: today’s generation of parenting experts are a whole lot less likely to point the finger of blame than the parenting pundits of yesteryear.

Consider, for example, the expectations set out for parents by Allan Roy Dafoe, MD, physician to the world-famous Dionne quintuplets, in his 1936 baby book, Dr. Dafoe’s Guide Book for Mothers. According to Dafoe, being a good parent was nothing less than an act of civic duty: “Keeping babies well—helping them to grow strong—what is it but the highest form of conservation of national resources! Forests, coal, oil—how much would these matter in the national economy if anything went seriously wrong with the year’s baby crop which, twenty years from now, will be the national crop of new citizens?”

"Keeping babies well—helping them to grow strong—what is it but the highest form of conservation of national resources!"

And as for what would be needed to produce this bumper crop of babies, Dafoe was only to happy to spell that out, too: A mother ought to be “calm, well-poised, [and] patient in her own reactions toward life, if she is to inculcate similar reactions in her offspring,” he noted. If a mother fell short of this parental ideal, the damage to her child would be immediate and devastating, he warned: “We doctors always warn the nursing mother that she must control her emotions, unless she wants her child to suffer from them,” he explained. “Strong irritation, anxiety, excitement, and grief affect a mother’s milk, and the infant who takes it under these conditions is likely to be made ill. But even a child who does not derive his nourishment directly from an angry woman is affected unfortunately if dependent upon her care. Her hands may be gentle enough; the anger may not be directed toward him at all, but it poisons the air of the home, and the baby does not escape the indirect psychological contagion.” 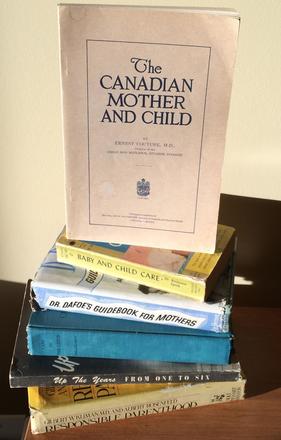 Poisoned air and psychological contagion. Those are fighting words. But Dr. Dafoe wasn’t the first parenting expert to point the finger of blame at mothers, nor would he be the last.

And in the 1961 edition of Up the Years from One to Six (an official government publication produced by the Department of National Health and Welfare in Ottawa), the feds spelled out what parents were expected to do and exactly what was at stake, should those efforts fall short: “Your child doesn’t inherit the habits of a well-regulated life. It’s up to you to help him to develop them—and that takes the constant, intelligent and combined efforts of both parents if the job is to be well done. We all are familiar with the harmful effects of an unregulated life upon the health of adults. The effects are even more serious and damaging on the health of a child.”

If there was a road to parenting nirvana, it was paved with schedules—or so claimed the parenting gurus of the day.

In 1942, Ernest Couture, MD, Director of the Child and Maternal Hygiene Division, Department of Pensions and National Health, writing in the Canadian baby-care classic, The Canadian Mother and Child, stressed, for example, the importance of very early potty training: “If properly trained, it is surprising how easily a child may be made to acquire clean habits. Usually a child, when a month old, will go to stool at a definite time of the day, or it may be trained to this by the use of soap suppositories or a rubber catheter which will act as a stimulant to bowel action. The advantage of this method is that a habit is formed for an hour which is most convenient; half an hour before the morning bath should be ideal.”

Likewise, in the 1961 edition of Up the Years from One to Six, the Canadian government mapped out a recommended daily schedule for young children—one that kicked off with an early-morning call to action (“7:30 am. Toilet. Wash the hands. Dress”) and that wrapped up with an early-evening call to slumber (“7:00 pm. Go to bed. Window open. Lights out.”)

An effective mother was a well-organized mother, someone who was capable of keeping both her household and her child on track. That’s not to say this was necessarily easy, the government admitted. Priorities had to be set. But a smart mother would find a way: “The important business of being a parent makes tremendous demands on the mother,” stated the 1961 edition of Up the Years from One to Six. “Much of the writing on child care gives the impression that a mother has nothing to do all day but devote herself to her child’s many needs. There is not much said about the laundry and the dishes, the cooking and the mending, let alone any mention of the natural feminine desire to sit down to the dinner table looking slightly more presentable than a Hallowe’en witch. However, once a mother understands how her child develops best, she will find the time to give to him. The compromises made now with good housekeeping will pay dividends as the child grows up. The mother can still manage to do a fair job of housekeeping and a good job of raising her child if she is sensible in accepting moderate standards of tidiness and cleanliness, and, if she plans her work around the child’s schedule rather than insisting on doing things at the usual, conventional time. Being aware of the kind of attentions the child really needs, she will find that there is no need to stand over the child to the exclusion of everything else.”

"The parents must avoid running to an infant the moment he is heard crying...The infant will soon learn that the lightest cry will produce a response, and will use this new found weapon to his advantage."

Not that mid-century parenting experts were ever that big on the idea of focusing too much on the baby: “The parents must avoid running to an infant the moment he is heard crying,” cautioned Alton Goldbloom, associate professor of pediatrics at McGill University, in his 1945 guidebook, Care of the Child. “The infant will soon learn that the lightest cry will produce a response, and will use this new found weapon to his advantage.”

Parental chest-beating was similarly discouraged. “No parent should enjoy his child as a proud trainer taking a bow for his trained-seal act at the circus,” cautioned the Canadian government in the 1961 edition of Up the Years from One to Six.

It took a while, but, slowly and surely, the tone of the parenting advice books began to shift, with the experts choosing to ease up on the guilt and err on the side of encouragement. In their 1980 book, Responsible Parenthood: The Child’s Psyche Through the Six-Year Pregnancy, Gilbert W. Klimand, MD, and Albert Rosenfeld built upon on the supportive tone made famous by Dr. Benjamin Spock in his 1946 blockbuster, Baby and Child Care (“Trust yourself. You know more than you think you do”) by reassuring moms that they were doing a better job than they thought they were—and admitting that the experts sometimes got it wrong: “The average mother has no cause for panic. In fact she should not be too concerned about whether or not she is following the advice of the designated experts at every step of the way. Parental common sense has often proved superior to the wisdom of experts—who have perpetuated some pretty egregious follies in their time.”

You can say that again.

Parenting Through the Storm: How to Handle the Highs, the Lows, and Everything in Between by Ann Douglas:

Parents don’t have to be perfect—and neither do kids. That’s the bottom-line message of this practical and encouraging guide to parenting a child who is struggling with a mental health, neurodevelopmental, or behaviour challenge. The book talks about why it’s so easy to indulge in the blame game—blaming yourself for your child’s difficulties—and why such efforts aren’t merely misguided: they’re also counterproductive.

I Still Love You: Nine Things Troubled Kids Need from Their Parents by Michael Ungar:

Sometimes kids struggle. Sometimes parents do, too. Ungar, a professor of social work and a marriage and family therapist, combs the resilience literature to zero in on specific strategies that encourage troubled kids to thrive. The result is a practical and compassionate guide to helping your child get back on track.

Kids are less likely to act out when they feel like they’re actually being heard, which is why Kolari emphasizes connection and empathy as opposed to punishment and coercion. The book is practical, encouraging and empowering—essential reading for any mom or dad who is eager to dial up their effectiveness and dial down the guilt.

The Mother Of All Pregnancy Books 3rd Edition

The #1 All-Canadian Guide to a Happy, Healthy Pregnancy

For over two decades, Canadians have counted on Ann Douglas for her reassuring, proven and never bossy advice. Featuring the latest recommendations from Canadian health authorities and the best tips from more than 100 Canadian parents, The Mother of All Pregnancy Books is an indispensable resou …

The Mother Of All Baby Books 3rd Edition

The #1 All-Canadian Guide to a Happy, Healthy Baby

For over two decades, Canadians have counted on Ann Douglas for her reassuring, proven and never bossy advice. Featuring the latest recommendations from Canadian health authorities and the best tips from more than 100 Canadian parents, The Mother of All Baby Books is an indispensable resource for gi …

I Still Love You

Therapist Michael Ungar uses the struggles of three families and his own history to help the parents of difficult children.

Family therapist Michael Ungar, internationally renowned for his work on child and youth resilience, takes us into his world each Wednesday, when he meets with three families with very troubled children. Here, Michael shares a …

I Still Love You

Therapist Michael Ungar uses the struggles of three families and his own history to help the parents of difficult children.

Family therapist Michael Ungar, internationally renowned for his work on child and youth resilience, takes us into his world each Wednesday, when he meets with three families with very troubled children. Here, Michael shares a … 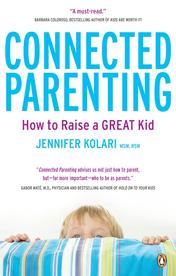 How To Raise A Great Kid

When a child is acting out, parents often respond with anger. But there is a better way. Drawing on twenty years of experience as a child therapist, Jennifer Kolari explains that children act up when they feel an adult does not understand their concerns. The answer is parenting with empathy, which Kolari helps parents implement via her proven CALM …