You're probably already railing about the proliferation of year-end best-of lists cluttering up your social media feeds of late, but we promise you that this one is a little different from the rest. How? First, because list-making is not just a seasonal thing at 49th Shelf—we're dedicated to the task and do it all year round; we're book list experts. And second, because we've created this list by selecting critically acclaimed titles we know that readers have adored.

We promise that you will never ever run out of great things to read.

Between, by Angie Adou

"The work of feminism is not done," notes Angie Adbou in her Q&A with us from September. "Of course our struggles in North America are not the same as the struggles of someone like Ligaya in the third world. Nonetheless, it is worth acknowledging that disparity exists here, too. I was pleased when Stacey May Fowles, in her Quill and Quire review, called Between a 'glaringly feminist narrative.'"

Read our Q&A with Angie Abdou on Between

"With Just Pretending I set out to write about identity and meaning in families and relationships," remarks Bird-Wilson of her award-winning collection, "how individuals negotiate the sometimes-murky waters of their families and how that is all complicated further by having two families—a family of origin and a family that raises you—and so on—it can go further than that—there is no 'typical' or 'normal' family is there? I have a strong appreciation for the irony that we think of home as safe and the outside world as dangerous and how that notion is so easily turned on its head."

Read our Q&A with Lisa Bird-Wilson on Just Pretending

"Books are not about to disappear," writes Brown in his post about the inevitable comparisons between his acclaimed novel and the TV show, Breaking Bad. "Digital downloads may be a threat, but an event like the Edgars demonstrates that books will be all right. They survived the advent of radio plays, then feature films and broadcast television, and they will tough it out against cable and Netflix. Because of the power of the reading experience."

A Siege of Bitterns, by Steve Burrows

"Throughout the day, the cast changes, but the plot remains the same," writes Steve Burrows of bird-watching, a hobby he has linked with fiction in more ways than one (including in the debut novel of his Birder Murder Mystery series). "And like all the best plots, it grips you because it matters. It truly is a life-or-death situation. Will the feeders be well-stocked enough? With the right sorts of food? Niger seed is no good for the cardinals, after all, nor corn for the woodpeckers. But even assuming there is the right food, and enough of it, and they don’t get outcompeted by others, all after the same prize, will the birds be able to evade the predators?"

The Troop, by Nick Cutter

"As an adult you discover the world is not a fair place," says Cutter in his Q&A with us. "It takes the good and the bad and the deserving and not-so-deserving indiscriminately—and with that knowledge comes the sense that yes, you could die at any time for the silliest or most unfair reasons. But as kids that sense is not yet so keen. So it’s almost ignorance that keeps the boys [in the book] alive. And in a situation like that which unfolds in the book, inconceivable as it is, such ignorance—or most properly, belief—would be vital, don’t you think?"

Read our Q&A with Nick Cutter on The Troop

Rivering: The Poetry of Daphne Marlatt, edited by Susan Knutson

"It is the gift of poetry to require attention—this requirement is what makes poetry transformative," writes Susan Knutson in her Q&A with us about the experience of creating this collection, and how reading Marlatt's poetry aided in her recovery from a traumatic brain injury after a terrible car accident during the editing of this book. "As a species, now, we must transform, so in this sense, poetry is more important that ever."

Read our Q&A with Susan Knutson on Rivering

"Parenting as a narrative is chaotic, denouement-less as you say, and so memoir that focuses on storytelling, like mine does, is somewhat artificial," notes Mierau in his Q&A with us about family, fatherhood, and the experience of writing memoir. "But literature depends on contrivance, as all avid readers know. Narrative problems were what made this book challenging and also fun to write."

Read our Q&A with Maurice Mierau on Detachment

In the early 1950s, Mitiarjuk Nappaaluk was asked by a priest working in Kangiqsujuaq in northern Quebec to write down some Inuttitut phrases to assist him in the study of the language. At the age of 22, Nappaaluk began writing but did not stop at mere phrases. She invented a group of characters and events and, over the next 20 years, wrote the first Inuit novel, simultaneously reinventing the novel form.

The result is an entertaining, accessible, and fascinating novel as remarkable as its origin story.

We were pleased to feature an excerpt from Sanaaq this winter: read it here.

Steven W. Beattie recommended Pedal as a dazzling debut that "delves into situations and characters that many people will find uncomfortable... but does so in a manner that is intelligent and in no way exploitative." Beattie called Pedal "a brave book," and that same brave spirit (as well as Rooney's excellent prose) is on display in the list she created for us of books that explore notions of sexuality and gender.

We've been fans of Carrie Snyder's work since way back when, and so we're excited that her new book, Girl Runner, is taking the literary world by storm. In this interview with Sean Cranbury, Snyder shares the fascinating stories of women in sport that inspired her novel, and notes how history has conspired to keep the stories untold. Listen here. 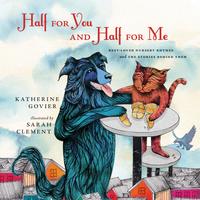 BONUS! Half for You and Half For Me: Best-Loved Nursery Rhymes and the Stories Behind Them, by Katherine Govier and Sarah Clement

Is there any verse more timeless than the humble nursery rhyme? In her latest book, celebrated fiction writer Govier explores the history and magic behind these often not-so innocent verses, and we were so pleased to feature her book's introduction on our blog last spring.

Govier writes about discovering these verses for the first time with her mother, and how these experiences delivered her a fervent love for words and their power on the page. Read the whole thing here.

Angie Abdou's latest: a novel on the complexities of class, gender, parenthood, and desire.

Vero and her husband Shane have moved out of the sweet suite above his parents' garage and found themselves smack in the middle of adulthood--two kids, two cars, two jobs. They are not coping well. In response to their looming domestic breakdown, Vero and Sha … 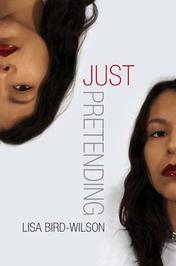 A debut short story collection from one of Canada's most exciting new Aboriginal voices. "In our family, it was Trish who was Going To Be Trouble; I was Such a Good Girl." At times haunting, at times hilarious, Just Pretending explores the moments in life that send us down pathways predetermined and not-yet-forged. These are the liminal, defining m …

A Crime in Cascadia Mystery

Medicinal marijuana can be murder.

Charming, wealthy Randle Kennedy has a secret: he’s British Columbia’s most prolific producer of boutique marijuana. He’s developed strains of B.C. Bud to please the most sophisticated palates and produce any desired effect, …

A Siege of Bitterns

The Poetry of Daphne Marlatt

Opening doors, dreaming awake, tracing networks of music and meaning, Marlatt’s poetry stands out as an essential engagement with what matters to anyone writing with a social-environmental conscience. Rivering includes poems inspired by the village of Steveston where, before the war, a Japanese-Canadian community lived within the rhythms of salmo … Winner of the Kobzar Award

In 2005, Maurice Mierau and his wife, Betsy, travelled to Ukraine to adopt two small boys, age three and five. After weeks of delays while navigating a tangled bureaucracy, they returned to Canada as a proud new family of four.

Does fatherhood begin the moment that the …

Sanaaq is an intimate story of an Inuit family negotiating the changes brought into their community by the coming of the qallunaat, the white people, in the mid-nineteenth century. Composed in 48 episodes, it recounts the daily life of Sanaaq, a strong and outspoken young widow, her daughter Qumaq, and their small semi-nomadic community in northern …

Julia Hoop, a twenty-five-year-old counselling psych student, is working on her thesis, exploring an idea which makes her graduate supervisor squirm. She is conducting interview after interview with a group of women she affectionately calls the Molestas - women whose experience of childhood sexual abuse did not cause physical trauma. Julia is the e … 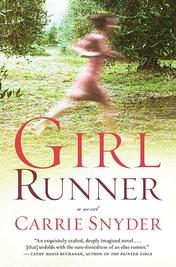 Girl Runner is the story of Aganetha Smart, a former Olympic athlete who was famous in the 1920s, but now, at age 104, lives in a nursing home, alone and forgotten by history. For Aganetha, a competitive and ambitious woman, her life remains present and unfinished in her mind.

Half for You and Half for Me

Best-loved Nursery Rhymes and the Stories Behind Them

"Half for you and half for me / Between us two shall goodwill be." Here is a nursery rhyme book to entertain both adult and child as they read together. The classic rhymes are side by side with annotations about their backstories: Who was Wee Willie Winkie? Did live blackbirds really fly out of a pie? Was Humpty Dumpty a person—or a clumsy cannon …