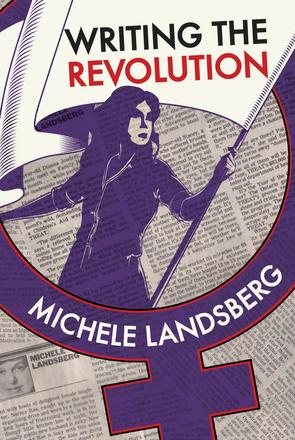 When did we start talking about rape?

Was it second wave, third wave, or any wave at all?

Certainly not the first wave. That brilliant, pioneering suffragist  crew—Lucretia Mott, Elizabeth Cady Stanton, Susan B. Anthony and the others—breathed not a word about sexual violence when they wrote their excoriating litany of injustices to women  in their 1848 "Declaration of Sentiments." The relative silence lasted a century; I remember grade 9 in the 1950s, when our Latin teacher explained to the snickering class that "Rape of the Sabine Women" really meant "kidnapping" and not what we thought. (Although it certainly was.)

Even at the beginning of the post-war second wave, we budding militants held our breath and our voice. Harassment, rape, and molestation were deep, ugly wounds we kept hidden even from ourselves, sealed off by layers of protective scar tissue. Despite surviving a brutal attempted rape when I was 18, I soon joined with the university crowd in making heartless rape jokes and pretending I was tough enough to fight off any attacker.

We all did that; some still do. If you can’t fight patriarchy, join it. Pretend to share the malestream’s indifference, if not its outright hostility. The weight of blame and shame was always, always, on the woman. What she wore, what she drank, what she said or failed to say. The bitter impact of not being believed—of, in effect, destroying your own reputation by telling the truth about a man’s crime—kept millions of women silent.

In 1978, I challenged an Ontario Provincial Police report that blamed rape on "promiscuous women." I picked apart their false reasoning and told—in a front page story in The Toronto Star—the story of how I survived that would-be rapist. Next I wrote an entire feature series about the fact that only 1% of all rapists go to jail, and how judges, prosecutors (yes, them too) criminal lawyers and the entire system collude to make sure the victim bears the pain and the rapist walks free. Unlike most of the feminist stories I told, these provoked minimal reaction. There was no outpouring of confidences from rape victims. Women still weren’t talking.

Now, long after the second wave receded and the third wave sputtered, there’s been a dazzling reversal, a tearing away of the gag. For the past year, the media have seethed with claims and counter-claims about rape culture, the deep and unremarked societal acceptance of misogyny and its practice, rape. Canadian sports teams have been publicly shamed for their vile chants about raping underage girls, some teams have been suspended entirely because of their rape complicity, and pedophile rapists have been exposed and punished in the highest echelons of U.S. commercial sports.

And now, in the immediate aftermath of the Jian Ghomeshi furor, when two journalists invented the hashtag #beenrapedneverreported, the floodgates opened and 80 million (imagine it) women around the globe tersely tweeted their stories of harm and horror. "I was 5 and my father said it was because he loved me…” "He pushed me down and said ‘You have to; I’m your boyfriend.’"

Never has there been a world conversation like this: a tsunami of grief and outrage; it’s as though a world of men have had their masks ripped away.

"What would happen if one woman told the truth about her life? The world would split open," wrote the poet Muriel Rukeyser.

How did it happen? It helps to understand that the "wave" analogies of feminism are somewhat lacking. Yes, there are regular upswellings of awareness and anger at the burden of injustice women bear. What happens then is that the shoreline is not passive; it reacts, it shapes itself to rebuff or accommodate the wave, or both simultaneously. In response to the rapid, lucid systemic analysis that was the trademark of the second wave, the system—patriarchy—responded with just enough systemic change to contain the tide of anger. Laws were transformed just enough to make things a little better for the unwillingly pregnant, the raped and the battered. Societal conditions yielded a little space, a little money, for activist organizations.

Just so much, and then no further: suddenly, commercial spaces were awash in glossy porn imagery to sell underwear, jewellery, cars. Stiletto heels embodied forth the idea of woman as willingly "empowered" to be erotically submissive. The pictures were so shiny, so alluring, so anti-Birkenstockian, that a younger generation tired of maternal preachings turned ecstatically to embrace the extreme individualism and fashionable identities of consumer indulgence. At the same time, media egged them on with false accounts of highly educated women spurning both the rigours of the workplace and the badge of feminism. It was media, not young women, who calculatedly demonized the name of feminism.

It took another generation before the  current ran strongly enough to build up another tidal wave of feminism. We are almost at the crest of it right now. Women of every caste and condition eagerly call themselves feminist again; rebellion is rising among youngsters from rural India to urban North America.

Movements are typically driven by a handful of activists who articulate and gather strength from the unexpressed discontents and yearnings of the many. It’s not surprising that the energy burns lower once some change has been achieved. What seems worth noting is that every time the momentum slows, the committed activists turn crankily on one another….a pattern familiar to every kind of dissident movement. In the '70s, the most rancour was sparked by the debate over pornography; then race became the ignition point. Right now, the sex industry is turning feminists into bitterly opposed antagonists. (Note how often women wear themselves out fighting each other about men’s sexual entitlements).

The fervour over Jian Ghomeshi—who in fact seems to have practised brutal violence under the deceptive guise of "rough sex"—may divert attention at last from this latest tedious skirmish. Since his exposure, just over a month ago, there have been, almost daily, prominent discussions in the newspapers about sexual assault on campus and harassment in the workplace. Institutions are hastening to create policies to deal with the suddenly (previously ignored) urgent crisis. Because so many came forward to speak of Ghomeshi’s assaults—15 women at the latest count—the usual chorus of “he said/she said” skeptics has fallen silent.

Whatever this next wave of feminism will be called, it almost certainly must engage frontally with the nature of masculinity and how it should be cleansed of violence. That there will be another wave, and another after that, there can be no doubt. The tide will always push toward more justice, more equality for women, and the patriarchal cliffs, though gradually crumbling, will always try to stand against it.

Writing the Revolution, by Michele Landsberg

About the book: A collection of journalist Michele Landsberg's Toronto Star columns, where she was a regular columnist for more than twenty-five years between 1978 and 2005. Michele has chosen her favorite and most relevant columns, using them as a lens to reflect on the the second wave of feminism and the issues facing women then and now. An icon of the feminist movement and a hero to many, through her writing and activism Michele played an important role in fighting for the rights of women, children, and the disenfranchised. Her insights are as powerful for the generation of women who experienced the second wave as for the rising tide of young feminists taking action today.

Ascent of Women, by Sally Armstrong:

About the book: This book is about the final frontier for women: having control over your own body, whether in zones of conflict, in rural villages, on university campuses or in your own kitchen. Ascent of Women describes the perilous journey that brought women to this point. It is the story of a dawning of a new revolution, whose chapters are being written in mud-brick houses in Afghanistan; on Tahrir Square in Cairo; in the forests of the Congo, where women still hide from their attackers; and in a shelter in northern Kenya, where 160 girls between 3 and 17 are pursuing a historic court case against a government who did not protect them from rape. Sally Armstrong brings us these voices from the barricades, inspiring and brave.

One Hour in Paris: A True Story of Rape and Recovery, by Karyn L. Freedman:

About the book: At once deeply intimate and terrifyingly universal, One Hour in Paris weaves together Freedman's personal experience with the latest philosophical, neuroscientific, and psychological insights into what it means to live in a body that has been traumatized. Using her background as a philosopher, she looks at the history of psychological trauma and draws on recent theories of post-traumatic stress disorder and neuroplasticity to show how recovery from horrific experiences is possible. Through frank discussions of sex and intimacy, she explores the consequences of sexual violence on love and relationships, and she illustrates the steep personal cost of sexual violence and the obstacles faced by individual survivors in its aftermath. Freedman's book is an urgent call to face this fundamental social problem head-on, arguing that we cannot continue to ignore the fact that sexual violence against women is rooted in gender inequalities that exist worldwide—and must be addressed.

A collection of journalist Michele Landsberg's Toronto Star columns, where she was a regular columnist for more than twenty-five years between 1978 and 2005. Michele has chosen her favorite and most relevant columns, using them as a lens to reflect on the the second wave of feminism and the issues facing women then and now. An icon of the feminist …

A New Age Is Dawning for Every Mother's Daughter

From Africa to Asia, women are the key to progress on ending poverty, violence and conflict. In this #1 national bestseller, award-winning humanitarian and journalist Sally Armstrong shows us why women are the way forward and introduces us to the leading women who are making change happen, from Nobel Prize winners to little girls suing for justice … One Hour in Paris

A True Story of Rape and Recovery

Winner of the 2015 BC National Award for Canadian Non-Fiction

In this powerful memoir, philosopher Karyn L. Freedman travels back to a Paris night in 1990 when she was twenty-two and, in one violent hour, her life was changed forever by a brutal rape. One Hour in Paris takes the reader on a harrowing yet inspirational …