September is about change, new routines, working things out and learning to work together with friends and schoolmates. These books about creative thinking and collaboration to solve problems have never been so timely. 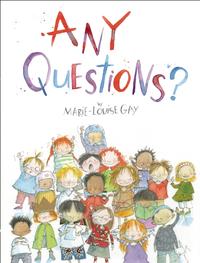 Any Questions, by Mary Louise-Gay, is a brilliant introduction to the writing process for readers as young as kindergarten. The book itself is a collaborative adventure, beginning with the author fielding questions during a school visit. “How do you write a story?” the kids ask. Gay begins by explaining a white piece of paper might inspire a snowstorm. But what if it’s a yellowish paper or a purplish gray? Gay then begins a story-within-a-story with the illustrated characters offering suggestions (along with the readers, especially if this is used as a read-aloud). Will it be about a ferocious snail or a boy who can fly? Gay decides on a shy giant and a purple beast. The reader watches how the author paints, creates, and writes, scratching things out, changing her mind. The illustrations are large, compelling, with enough detail to beg for a re-read. Plus, it’s paced perfectly so that the characters, and the reader, are disappointed when it ends. 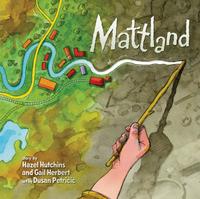 Mattland, by Hazel Hutchins and Gail Herbert, illustrated by Dusan Patricic, is about building community literally and figuratively. It features Matt, a boy who has moved a lot in his short life. His new yard is a mess of mud, water, and garbage scraps. He picks up a stick, in anger, then finds himself drawing a squiggly line, which he names Snake River. So begins Mattland, with rocks representing Dog Tooth Mountain and a puddle, Far Off Ocean. An uninvited guest appears offering a single popsicle stick, which Matt breaks into fence-posts for Burr-Berry Farm. A fantastic community develops in Mattland, until the rain threatens to destroy the imaginary world. Suddenly other kids in the neighbourhood appear to help save Mattland from floods. 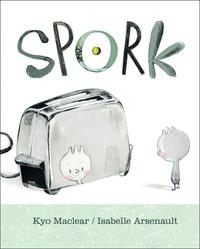 The next three titles address how to find one’s place in a new situation. Spork, written by Kyo Maclear, illustrated by Isabelle Arsenault, is about a utensil that’s neither spoon nor fork. Picture a cute little spoon with a spiky head. Spork attempts to make himself more forkish with a paper crown and more spoonish with a bowler hat, but mixing is uncommon in the cutlery drawer and he just can’t find his place. Until the “messy thing” arrives (a.k.a. a baby eating his first solid food) and Spork is suddenly the perfect utensil. 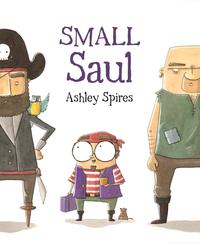 In Small Saul, by Ashley Spires, it’s a misfit pirate looking to belong. As in Spires' graphic novels, much of the humour is found in the illustrations. Saul dreams of being a pirate, but his skills in baking, singing, decorating, and his all-round soft nature are under appreciated by the pirates. After acquiring a bunny tattoo, the crew throw him overboard; it’s then that he's truly missed. 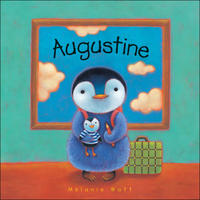 In Augustine, by Melanie Watt, the protagonist is a penguin, leaving the South Pole for a new home. Art figures large in this one, with Augustine being named after a famous painter (Renoir). Each page shows a grid of objects, drawn by Augustine, that reveal his acclimatization to a new school. Some give a clever nod to his penguinness, others are rendered in the style of famous artists. (The actual paintings are referenced at the back). In the end, it’s Augustine’s drawing ability that soothes his first day jitters and garners attention from his new classmates. 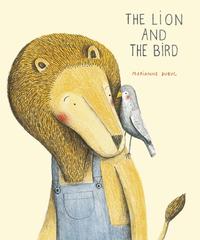 The Lion and the Bird, by Marianne Dubuc, showcases an unlikely friendship, and is an example of minimalism in both writing and illustrating. It’s fall. A flock of birds flies south, leaving an injured bird behind. Lion takes care of him, keeps him cozy in winter. In the spring, the flock returns: “Yes,” says Lion, “I know.” Lion is alone again, growing a summer garden. The flock’s return is depicted with one solitary note on a blank page. This one is also an introduction to changing seasons and the acceptance of cycles, a frequent September topic of discussion.

Where does the story start? Marie-Louise Gay explains the creative process with typical fun and whimsy.

Many children want to know where stories come from and how a book is made. Marie-Louise Gay’s new picture book provides them with some delightfully inspiring answers in a fictional encounter between an author and some very curious children, who … 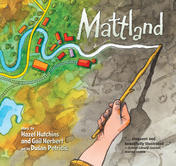 A stirring story about the infectious pleasures of play.

Matt is miserable. The subdivision where he now lives is surrounded by nothing but muddy fields of rocks and sticks. But when Matt ventures out, his imagination kicks in. He draws a muddy, winding line and names it Snake River. A pile of rocks becomes the Dog Tooth Mountains. Just like that, M … 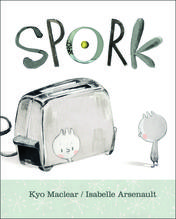 His mum is a spoon. His dad is a fork. And he's a bit of both. He's Spork! Spork sticks out in the regimented world of the cutlery drawer. The spoons think he's too pointy, while the forks find him too round. He never gets chosen to be at the table at mealtimes until one day a very messy — thing arrives in the kitchen who has never heard of cutle …

From the creator of Binky the Space Cat, a hilarious story about an unconventional little pirate.

Ahoy there! Will this sweet little pirate find his place aboard The Rusty Squid or will he be forced to walk the plank?

When Small Saul joins the crew of The Rusty Squid, it doesn't take long for the other pirates to notice something is very different a … 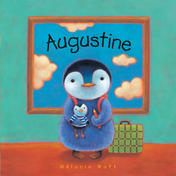 Moving all the way from the South Pole to the North Pole isn't easy for the young penguin Augustine. Uprooted from her home, she misses her friends, her grandma and grandpa and her old bedroom. There are all kinds of unfamiliar faces at the North Pole, and everything looks strange and different. When it's time to go to her new school, Augustine get … 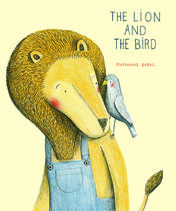 The Lion and the Bird

One autumn day, a lion finds a wounded bird in his garden. With the departure of the bird's flock, the lion decides that it's up to him to care for the bird. He does and the two become fast friends. Nevertheless, the bird departs with his flock the following autumn. What will become of Lion and what will become of their friendship?