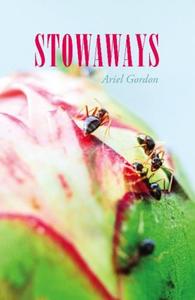 Governor-General's Award-winning poet Julie Bruck writes of Ariel Gordon's second collection, Stowaways, "These are nervy poems that refuse to behave themselves. They are something to celebrate." Throughout the collection, the wild and the domestic intersect (and misbehave!) in surprising and illuminating ways. A particular highlight of the book are Gordon's "How-To" poems. In this guest post, Gordon gives us their background, and shares "How to Write a Poem."

I’ve spent a lot of my life as a passenger.

Sitting with a notebook and a pencil dug from the gritty bottom of my bag while someone else navigated, writing because I’d “seen something.”

We’d arrive somewhere and I’d have no idea where we were. And I’d just shrug, because I’d be hauled home, too. And I had the beginnings of a poem in my notebook, humming to itself smugly.

When I finally got my own car, I was in my mid-30s. And my mental map of Winnipeg was all elaborate bus routes and jaywalking.

But I had to be present when driving my little Prius. I had to monitor the process of getting from A to B, where before I would park my body and just monitor my thoughts, fingers moving over the marked-up pages.

I mourned a little when I no longer had a long bus ride to university—and a bust-proof yellow Walkman turned up high—where I could read and scribble and watch the slow city go by.

A dozen years years later, I mourned, too, when my daughter stopped needing a nap to get through her day. (We used the car as a sleep aid. She’d pass out after ten minutes and I’d park somewhere and sip tea and read.)

Somewhere along the way, I realized I was finding fewer and fewer poems out in the world. Maybe I’ve written all the burning-and-drenching poems I have in me. (“The light! Did you see that light?”) Maybe I’m just too full up of to-do lists and tiredness to “see” things as clearly as I used to.

But writing is one of the most joyful things I have and I wanted to keep at it, even when not technically inspired, even without long stretches of uninterrupted time.

So I set myself an exercise. On my bought-and-paid-for writing days, I’d pack the girl off to daycare and then troll the wikiHow site—an open-source how-to manual—for How-Tos that I thought I might be able to write to.

The wiki-Hows seemed to be mostly written by teenagers, full of a wacky, unearned authority and an earnestness that was easy to mock:

How to Rip a Phonebook in Half. How to Survive in the Woods. How to Seduce a Woman.

I’d sit at my desk and feel slightly ridiculous, because I was trying to write a poem instead of being driven to my notebook. But then I’d write one, sometimes just using the title. Sometimes I’d borrow a snippet for an epigraph or imitate the form of them, all 1-2-3, this-and-then-this-and-then-that.

And then, the next time I had a writing day, I’d write another. And so on. And they weren’t terrible, or at least not all of them were terrible.

At the time, I didn’t analyze what I was doing. I knew I wanted to try on the funny, so that my pre-poem banter at readings matched the poems themselves. I thought it would be fun to play with the imperative voice, given the extent to which I was directing traffic at home, but mostly I was just glad to be writing.

But now, when I teach the wikiHow exercise—this summer, ironically, I’m teaching it to teenagers—I’m able to tell participants that working on How-To poems are a good opportunity to try out list poems and found poems, to work with the imperative voice and humour, to play.

All of which is true. But I realized something else recently. I was drawn to How-Tos in the first place because I’m anxious, sometimes, about my own authority as a writer:

Have I studied enough? Have I read enough? How DO you write a poem?

My worst nightmare, of course, is someone interrogating my How-To poems the same way that I’ve publicly and privately interrogated the How-Tos themselves.

Which is to say: smugly.

But I’ve mostly forgiven myself for my piecemeal mental maps of the city, for my generalist tendencies, and for my smugness.

And I got to drive my process instead of letting it steer me all over town. Which is more than enough, don’t you think?

How to Write a Poem

Write about what terrifies you but, um, wait until mum or dad is dead to do it. For the family’s sake...

Take all the punctuation out of your poem

Also, use the page. Engage the ear. Allude to classical texts, sneak in a few impeccable pop culture references. Break the line. Break a leg.

Have a firm grasp of grammar & syntax but also have something on the side with the fragment. Form should follow content but, hopefully, not breathing heavily.

Put the punctuation back in.

Ariel Gordon is a Winnipeg writer. Her first book of poetry, Hump, won the Aqua Books Lansdowne Prize for Poetry, and her second, Stowaways, was launched in spring 2014. She recently won Kalamalka Press' inaugural John Lent Poetry-Prose Award. When not being bookish, Ariel likes tromping through the woods and taking macro photographs of mushrooms. 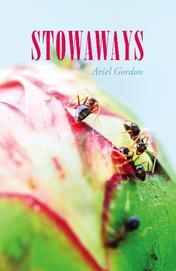 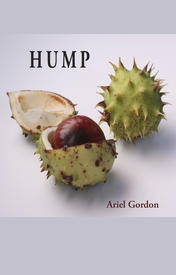