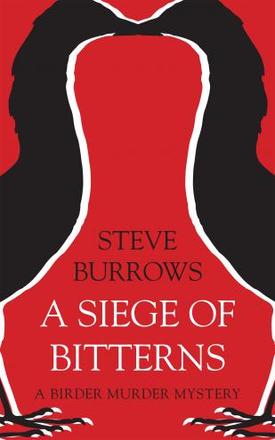 The cast, for example. Familiar, stock characters most of them. But do we really know them? This stunning little bird with the grey cap, chestnut back, pink legs and fleck of white at the wing, for example. A House Sparrow, so familiar it was almost a part of the scenery until now. But a little scrutiny reveals such subtle shades of colour, and character. This Mourning Dove, too, that has just settled on a feeder with a soft flurry of wings. So graceful and gentle. It is, after all, the symbol of peace. Who would have expected, then, such a display of naked aggression, as it runs off its rivals with a series of vicious sallies before settling in to greedily gorge itself?

There are the villains in the piece, too, of course. The Sharp-shinned Hawk watching from the trees, seemingly regarding a backyard feeder as a buffet put on solely for its benefit. And the assassin. Felix Domesticus; reputedly responsible for more than a billion bird deaths annually, many of them around the backyard feeder.

Throughout the day, the cast changes, but the plot remains the same. And like all the best plots, it grips you because it matters. It truly is a life-or-death situation. Will the feeders be well-stocked enough? With the right sorts of food? Niger seed is no good for the cardinals, after all, nor corn for the woodpeckers. But even assuming there is the right food, and enough of it, and they don’t get outcompeted by others, all after the same prize, will the birds be able to evade the predators? Maybe they will trust to size and brashness, like the Blue Jay, and go solo, grabbing what they can in lightning visits before retiring to the cover of the nearby trees. Or maybe, like the Black-capped Chickadees, they need a collective effort, one on guard as the others come into feed, ever on the alert for their sentry’s signal.

The next morning, those birds that have avoided the dangers of the previous day and the hardships of the night will return, to feed, to evade their enemies, to survive. And you, watching, can revisit this world and see the story unfold all over again. After all, who doesn’t love a good sequel?

Steve Burrows has pursued his birdwatching hobby on five continents, while researching articles on a wide range of environmental issues. He has a degree in English from York University and is a past editor of the Hong Kong Bird Watching Society Magazine. After travelling the world together, Steve and his family now live near Toronto. A Siege of Bitterns is his first novel.

Last of the Curlews by Fred Bodsworth

The Eskimo curlew, which once made its migration from Patagonia to the Arctic in flocks so dense that they darkened the sky, was brought to the verge of extinction by the wanton slaughter of game-hunters. Following the doomed search of a solitary curlew for a female of its kind, Fred Bodsworth’s novel is a haunting indictment of man’s destruction of the natural world.

The Bedside Book of Birds by Graeme Gibson

Gorgeously illustrated, woven from centuries of human response to the delights of the feathered tribes, The Bedside Book of Birds is for anyone who is aware of birds, and for everyone who is intrigued by the artistic forms that humanity has created to represent its soul.

More Than Birds by Val Shushkewich

The fascinating development of natural history studies in North America is portrayed through the life stories of 22 naturalists. "I highly recommend this book to anyone who is interested in the history of ornithology and natural history investigation in North America." —Picoides: Bulletin of the Society of Canadian Ornithologists.

A Siege of Bitterns

Last of the Curlews

The Eskimo curlew, which once made its migration from Patagonia to the Arctic in flocks so dense that they darkened the sky, was brought to the verge of extinction by the wanton slaughter of game-hunters.

Following the doomed search of a solitary curlew for a female of its kind, Fred Bodsworth’s novel is a haunting indictment of man’s destructio … 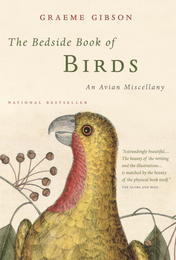 The Bedside Book of Birds

From The Bedside Book of Birds ~
Stevenson remembered the story of a monk who had been distracted from his copy-work by the song of a bird. He went into the garden to listen more closely, and when he returned, after what he thought were only a few minutes, he discovered that a century had gone by, that his fellow monks were dead and his ink had tur …

Once people encounter the natural world and become aware of its intricacy, fragility, beauty, and significance, they will recognize the need for conservation.

The fascinating development of natural history studies in North America is portrayed through the life stories of 22 naturalists. The 19th century saw early North American naturalists such as …