Each month, our resident Children's Librarian, Julie Booker, gives us a new view from the stacks. In anticipation of the Lunar New Year, she brings us great books for the Year of the Horse.

The Year of the Horse allows for an equine book list this Lunar New Year. 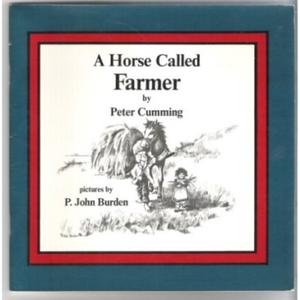 For the younger crowd, Peter Cumming's classic, A Horse Called Farmer, is a wonderful picture book with themes of belonging and finding one's way back home. Farmer, a workhorse on an island in the Gulf of Saint Lawrence, lives in harmony with his people and the changing seasons. One winter he goes a town party and leaves with a different owner who takes him 100 km away. Farmer doesn't like his new life and when the gate is accidentally left open, he works his way to the shoreline, using his sense of smell to guide him home. The black and white pictures beautifully capture the dramatic climax with Farmer fighting for his life in the ocean. The book is based on a real story of a horse who galloped and swam from one end of the Magdalen Islands to the other in 1923. 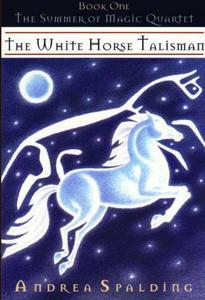 Similarly, Andrea Spalding's fantasy novel for 10–12-year-olds, The White Horse Talisman, is anchored in an actual place. The Author's Note tells us Spalding grew up in England seeing pictures of a 3000-year-old horse carved into Dragon Hill, where Saint George is rumoured to have killed a dragon. It wasn't until Spalding was grown up living in Canada that she made the trip to Oxfordshire.

This first book in the series of four follows Canadians Adam and Chantel to England to visit their cousins, Holly and Owen. Chantel hears the whispering Equus inviting her into the magical realm. The children must perform various rituals to reunite Equus with his mate, the Red Horse. A map allows the reader to pinpoint the mythical landmarks—for instance, Uffington's Smithy is rumoured to have been located be where today a traveller's horse is still said to be re-shod by an invisible smith if the traveller leaves the animal and a silver coin. Spalding says she decided to write the book when she discovered a coin lodged in a rock there. Themes of good versus evil run alongside modern themes of sibling rivalry and divorcing parents. Horses don't figure as large in the other books in the Summer of Magic quartet but each of the children have a turn leading a quest, visiting different legend-packed locations. 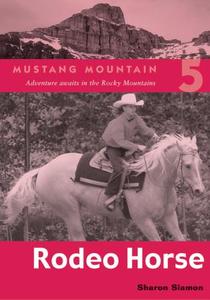 Horses are the constant in Sharon Siamon's Mustang Mountain Books, along with an often troublesome friendship between three girls. In the first book, Sky Horse, we meet Becky who has grown up distrusting horses since to a childhood accident. Becky's also not happy to be leaving the city for a new country home. Alison is her rich cousin who takes for granted her very expensive horses and many dressage prizes. Alison is to spend the summer with Becky and brings along Meg, her not-so-wealthy, equine-crazy friend who longs to have her own horse. They first meet at the airport in and on the drive to the ranch, their car crashes, forcing them onto horseback with a wounded passenger. They encounter a small cargo plane accident, a wounded pilot in need of a rescue and a trapped, scared horse, not to mention a terrifying encounter with a grizzly. Siamon's gift is hooking the reader with action. Throw in a few handsome cowboys, and you've got great fodder for 'tween girls’ novels (ages nine and up). Siamon has written nine books in this series and they are truly addicting. 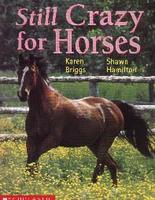 Reading horse stories naturally leads to the non-fiction side of the library. Karen Briggs and Shane Hamilton's Crazy for Horses provides a reference, for those reading at an 11–12-year-old level, to find, for example, what a "paint" is in Siamon's books. Each page features a different breed, its history, characteristics, and interesting facts. For example, a Paso Fino's step is as regular as a metronome; in the show ring, this breed is sometimes ridden over plywood so judges can listen for its hoof taps. Briggs and Hamilton’s follow up, Still Crazy For Horses, doesn't have the diagram of horse parts or the handy glossary found in the first book, but both got me wondering how it’s possible to breed certain traits. For instance, the Quarter horse has “cow sense”­—the ability to know where and when cows will move. Thoroughbreds have “heart”—the drive to win. The Selle Francais is known for having a willing attitude and great affection for people.

From horse fiction, of course, we already know that horses themselves are individuals as much as the people who ride them.