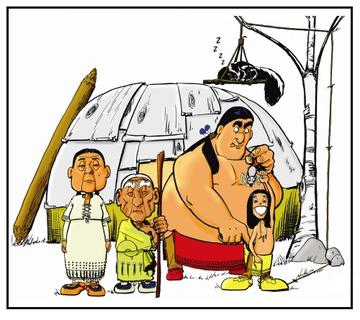 Like many of their superhero characters, Canadian comic book creators have a reputation for being caring, compassionate individuals with a strong sense of justice, and they have often answered the call for assistance regarding world crises. Art auctions and other fundraisers have been organized for many causes and it was one of these events that planted the seed for One Tribe when soon afterwards the First Nations village, Attawapiskat, declared a state of emergency due to substandard conditions in their community. 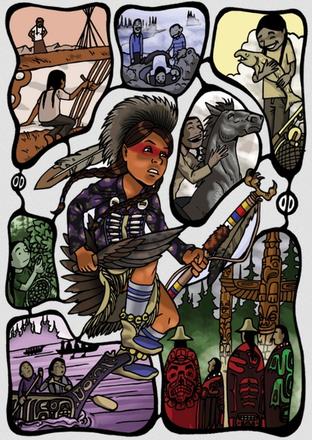 Struck by their situation we felt it was long overdue for us to shine a light on an ongoing crisis amongst a huge segment of our population, one often treated by Canadians as a dirty little secret we’d rather turn a blind eye to. We are not, however, advancing any political agenda with this production as our main concern is with the children on reserves—the innocents who are too often made to suffer as these ongoing issues are debated year after year. 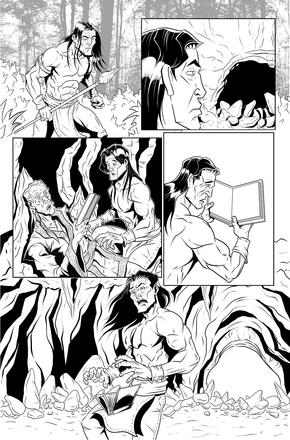 Of course, a prime concern is that the funds we raise are used properly and we soon settled on Shannen’s Dream, which was formed to carry on the brave crusade begun by the late Shannen Koostachin of Attawapiskat. Koostachin was a 15-year-old girl who accomplished much in her short life to bring national attention to the deplorable conditions in First Nations schools on reserves. (You can learn more about Shannen and her life in the acclaimed book, Shannen and the Dream of a School, by Janet Wilson.) 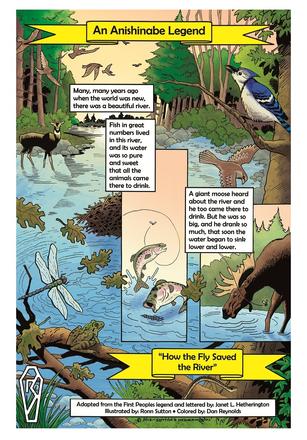 Janet Hetherington & Ronn Sutton - How the Fly Saved the River

The One Tribe anthology will have standard comic book dimensions with around 200 pages of content by outstanding Canadian comic creators of both Aboriginal and Non-Aboriginal origin. Multiple copies of this book will be sent to schools and libraries on reserves across Canada at no cost, and also sold to various schools, libraries, comic shops, and book stores everywhere through JLP’s worldwide distribution network to raise funds for this worthy cause. 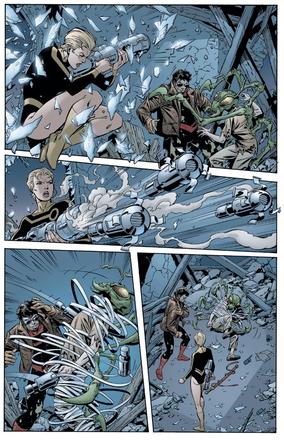 An all-ages full-colour publication not just for kids, but suitable for readers of any age, One Tribe will contain storylines exploring a potpourri of humour, drama, slice-of-life, horror, adventure, science fiction, and fantasy with a wide variety of art styles from the mainstream superhero and cartoon approach to alternative and underground. 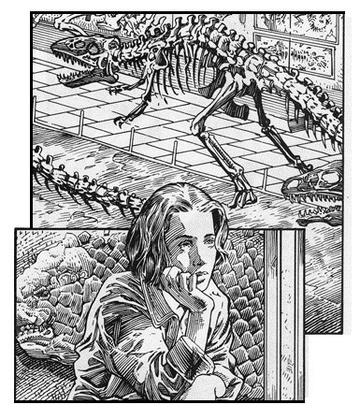 Mark A. Nelson - The Kiss

Response from the Canadian comic book creator community and beyond has been extremely gratifying with many top talents on board (including children's lit favourites Kevin Sylvester, Patricia Storms, and Richard Van Camp, plus many others) and more to be announced in the months ahead! Most recently, we were pleased to have the very talented Tara Audibert sign on to create an adaptation of MP Charlie Angus's song "Diamonds in the Snow," a song he wrote for Koostachin. We appreciate all the interest and enthusiasm from many media news outlets to our production and to this opportunity 49th Shelf has granted us to spread the word further about One Tribe.

Watch for further news at www.facebook.com/OneTribeAnthology about our anthology and at our upcoming website, www.onetribeanthology.ca, and we welcome the support of all Canadians for our crowdfunding campaign to be announced in 2014.

James Waley has contributed to the Canadian comic book scene for almost four decades. From 1974–1976 he was the editor-in-chief, art director, publisher and a contributing writer/artist to ORBmagazine, an anthology that introduced Canada's first modern-era, non-satirical, national superhero, the Northern Light. During the '80's and '90s Waley was also active staging numerous comic conventions in Toronto and other cities in Ontario; helmed a number of comic story productions for various publications; produced the comic news column, Fine Canadian Panelling, for the magazine ETC. and co-curated the PPOP!@Propellerart gallery showing Panels, Paintings and Other Pursuits. Prior to working with Jack Lake Productions on the One Tribe Anthology, he was also the initiator, co-founder, and first director of the Joe Shuster Awards for Canadian comic book creators. Along with One Tribe, and other upcoming productions with Jack Lake, he is currently working on a graphic novel, The Third Horseman, with Silent Invasion artist, Mike Cherkas.

All artwork and characters are TM and © 2013 to their respective owners. Used with permission.