For the second year in row, we’ve been spending the holiday season making Lit Wish Lists—lists of books we want to give, books we want to get, books to read or reread. And all this thinking about Lit Wish Lists got us pondering the nature of the Lit Wish; what exactly might one of these look like? So we went exploring to find out, and came up with three excellent Lit Wishes worthy of coming true in 2014. This one is by Léonicka Valcius, the force behind "Diverse CanLit". 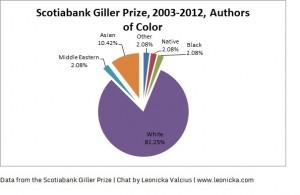 I only discovered CanLit two years ago. Though I was born in Montreal, I grew up in the US. The only exposure I had to Canadian literature was reading The Stone Diaries by Carol Shields (still one of my favourites) for my WorldLit course in high school and stumbling on Margaret Atwood’s The Handmaid’s Tale at the library. When I joined the publishing industry, I felt woefully behind and did my best to play catch up. 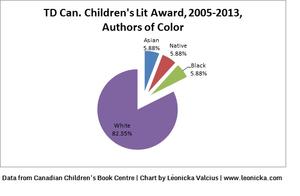 My feelings were confirmed this past awards’ season. My analysis of three major Canadian literary awards—the TD Canadian Children’s Literature Awards, the Rogers Writers’ Trust Fiction Prize, and the Scotiabank Giller Prize—revealed that the overwhelming majority of authors honoured in Canadian Literature are white. When we consider how large these prizes loom in determining which books Canadian readers choose to pick up, it's clear that these stats are a problem requiring addressing.

Canadian literature is much richer than these statistics would suggest. The stories Canadians tell are diverse and far-reaching. The protagonists come from all sorts of backgrounds and identities. Though it may take a bit of extra time and effort, seeking and reading books written by culturally diverse Canadians is a great way to broaden your understanding of Canada.

This holiday season, my Lit Wish is that you give a book that will make a reader rethink CanLit. Here are a few recommendations to start you off with.

Something Fierce: Memoirs of Revolutionary Daughter by Carmen Aguirre: I knew this book would win Canada Reads as soon as I read it. I was fascinated by the frank, raw language Aguirre used to recount her experience during the Pinochet dictatorship in Chile and her subsequent immigration to Canada. Though she comes of age under extraordinary circumstances, Aguirre carefully weaves the experiences of other people who appeared briefly in her life, reminding us that she is only one of thousands who have similar, incredible stories.

Six Metres of Pavement by Farzana Doctor: This was one of the first books I picked up when looking for diverse CanLit. After a string of white middle-aged male protagonists, this was a refreshing read. Farzana Doctor eschews stereotypes and instead invites us into the lives of flawed, complex people. Her characters stay with you. At its core, Six Metres of Pavement is a story about the transformative power of love. Ismail, Fatima, and Celia are not heroes on a quest. They're simply trying to navigate the challenge of living. The relationship they develop with each other is beautiful and empowering—it gives them the strength to slay the dragons we all face.

Brown Girl in the Ring by Nalo Hopkinson: Nalo Hopkinson does not disappoint lovers of speculative fiction. Set in a desolate, near-future Toronto, Brown Girl in the Ring made my heart thump with every flip of the page. By centering the experience of West Indian women, Hopkinson explores characters and narratives that are often ignored by contemporary Canadian literature. The inclusion of dialects and obeah rituals added realism to the fantastical story.

The Return by Dany Laferrière: I picked up this book after buying the original French edition (L’énigme du retour) for my father. Like most of Laferrière’s novels, this one is very much informed by his own experience. In The Return, a Canadian man returns to his native Haiti after decades away. It was interesting to compare my father's and my reactions to this book—he who immigrated to Canada over 40 years ago and has not been back to Haiti, and me having never visited my parents’ home country. This book is great for anyone who has spent a long time away from their home and wonders how they have changed since they’ve left.

The Headmaster’s Wager by Vincent Lam: Though I did not read Vincent Lam’s Giller Prize-winning Bloodletting and Miraculous Cures, I read and reviewed The Headmaster’s Wager for Lit Laugh Love over a year ago and cannot stop singing its praises. Lam’s prose is delectable and his characters lift off the page. The emotions are specific to Headmaster Chen’s circumstances as a proud Chinese businessman in Vietnam, yet feel universal. 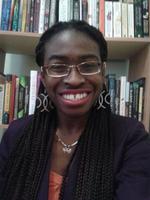 Léonicka Valcius is a Toronto-based publishing professional. She blogs about various topics, including diversity in the publishing industry, at www.leonicka.com. Follow her on Twitter at @leonicka.