My three-year-old goes nowhere without his Iron Man. Held tight in the crook of his armpit, this obsession with the foot-high plastic figure forces him to experience life as a one-armed boy. When he spotted Ted Hughes’ novel, The Iron Man, on the kitchen table, he demanded to hear the story. Luckily, a few perfectly placed illustrations hit the plot points necessary to capture a toddler’s interest. He asked for it again and again, carrying the book around for days, which made for a very crowded armpit. I don’t think Hughes would have been surprised. The book is brilliant in its simplicity, pared-down language and action-oriented sentences.

Hughes knew just what to leave out. Written in 1968, it’s still a hit with the tween crowd, opening with the Iron Man standing atop a cliff. “How far had he walked? Nobody knows. Where had he come from? Nobody knows. How was he made? Nobody knows.....His great iron head, shaped like a dustbin but as big as a bedroom....” He topples, his body parts lie scattered on the beach. A hungry seagull picks up an eye, unites it with a hand, allowing the figure to reassemble itself. A small boy named Hogarth becomes the compassionate liaison between the terrified villagers and the "monster." It’s a fabulous, classic fable. I was thrilled to find the 1993 sequel, The Iron Woman, on my library shelves. Much lesser known, and written in a slightly fuller tone, its strong environmental message resurrects the original characters in a satisfying way. 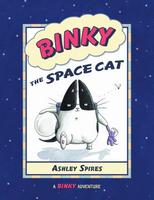 This got me thinking about favourite sequels. Like Ashley Spires’ graphic novels about Binky the Space Cat, a scientific-minded house cat hero. Binky’s keen observations, drawn with a catnip-scented pencil, lead him to the wrong conclusions and Spires’ tongue-in-cheek captions allow us to laugh at him, lovingly. Like when Binky dons a ninja-style headband to undergo self-induced training with a G-force replicator (hairdryer) and a zero-gravity chamber (clothes dryer). Or when the feline finally leaves the safety of his spaceship (house) by falling out a window, ties himself to a lawn dwarf (anti-gravity tactic) and hooks up to an oxygen source (the hose). Ashley Spires’ comedic timing is pitch perfect. My favourite is a wink to the reader found in Binky's notebook: “Things I Know: 1. Always use the litter box. 2. Fish smells yummy. 3. Miniskirts are not for everyone.” Spires leaves us happily awaiting the next Binky book. 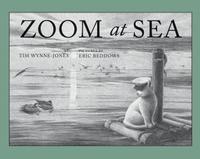 Which leads me to another famous puss: Zoom. When I first read Zoom at Sea, the grown-up in me thought the concept strange. A water-loving cat knocks on the door of Maria, a robust woman in a long skirt and tinkling bracelets who turns a great wheel in her living room wall. The house fills with the sea and Zoom has an afternoon adventure. “Who is Maria?” I asked my five-year-old audience, thinking they might be stymied. Nope. First and final answer: “Mother Nature.” Little ones totally get Zoom. In the follow-up, Zoom Away, we follow the curious cat to the North Pole, and, in the third, Zoom Upstream, to Egypt, where cats figure large in underground tombs. An argument in kindergarten ensues. Is the Egyptian one better than the original? Who can’t resist a mummy in the shape of a middle-aged, big-tummied, high-heeled Maria? It’s too bad Tim Wynne-Jones didn’t continue the series with such winning characters.