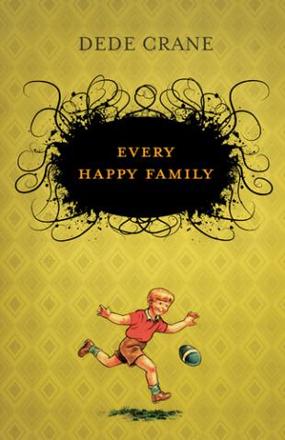 More about Every Happy Family

"The moment a child is born, the mother is also born. She never existed before. The woman existed, but the mother, never. A mother is something absolutely new." —Rajneesh

Once you are a mother, you are a mother for the rest of your life.  A perpetual contract, there is no such thing as time off. Your heart has been peeled back, your instinct turned on. Motherhood was the first time I knew without doubt that I would lay down my life for someone else. Pregnant with that first child, I asked a spiritual leader at my church how he liked being a parent. He was the father of an eight-year-old. Constant heartbreak, he said, with such honest feeling that I’ve never forgotten his words, though I’ve since forgotten his name and face.

Four children and innumerable heartbreaks later, big and small, joyful and otherwise, I stand on the cusp of no longer being vital or even necessary to my children. Our youngest, now fourteen, has begun the by now familiar parental exorcism. Pulling away from or perhaps pulling ahead of us, she’s clearly feeling the same way my thirteen-year-old self once felt towards my parents: as much as I loved them, I couldn’t help but hate them. For no reason that I can now think of, and without wanting to do so, I hated them with a teeth-grinding passion. I could hardly look at them much less engage in conversation and was critical of the smallest things—the way my mother stored Kleenex up her sleeve, the way my father said “catch that frog” post burp. And though this revulsion didn’t last, it fundamentally and forever changed our relationship. I became free of them in a way I’d never been before.

Back when my youngest was still innocent, when she still wanted three hugs a day and loved to snuggle while being read to or reading to me, when she offered up her secrets and her sorrows and we were not distinct and separate beings, I had warned her. “Soon,” I said, banking on humour to uproot the worst of it, “you’ll go over to the dark side. You won’t be able to stand the sight of us. Much less the smell. Do try and be kind.”

Now I see a lot of the top of her head while her face is aimed at her new cell phone as if she’s imagining she’s in a world of her own making and not the one I’ve carefully crafted and tended. She communicates constantly, not with me but with friends and facebook via texts and photos. My questions go unanswered the first time around and when the answer comes its companion is an involuntary reflex, a sneer of hormones that demand the mother be rejected so the child can begin to make her own way in the world. Perhaps this hard-wiring is born of compassion and designed to help me undercut the fierceness of my desire to keep her safe, control her influences and choices. Because pushing the sudden little ingrate, who’s now taller than I am, over the nest’s edge is ultimately best for the both of us, never mind the survival of the species. If I live long enough, I will grow old and feeble and be unable to provide and care for her and will need her to have the backbone and wits to provide and care for me. 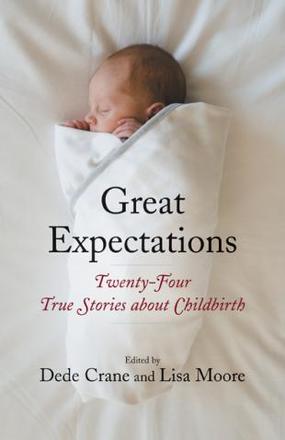 Though I can’t pinpoint the exact day or month my other three children emotionally cut and run, I can put an age to it. Our second child’s break occurred typically at fifteen. Having a non-confrontational personality, his approach was to sleep through it. He missed half of grade ten because he didn’t leave his bed. No matter what threats I threw his way or how many privileges I revoked, the hundred and eighty pound slug would not get up and go to school. His defiant grandstanding was one long snore-fest and then, when I finally gave up and let him make his own bed, so to speak, he emerged from his cocoon, lost twenty pounds and ended the year on the honor roll. Now that was exasperating.

Our third child, a unique case in point, was his own person from day one. Always independent, and never attached in the ways of his sleeping brother there was no dramatic detachment. In fact, a primary role in his life seems to be to point out the folly of taking anything too much to heart, including himself. In one sense, he left home when he left the womb, so it was no surprise and a gentler heartache when he chose to attend boarding school at sixteen.

Because our firstborn is the child I sank my claws into the deepest, desperate, misstep after misstep, to be a good mother, she was twenty four. It took two years of living on the far side of the country, a Masters degree, and ditching her boyfriend of six years to finally unhook the last claw and come into her own. Whether the letting go was mine or hers, I couldn’t say, but losing that primal intimacy with the first, the child that changed everything, was the most searing.

No longer able to control my children’s lives, at least overtly, I have to trust that whatever good judgment, morals and sanity I have accidentally passed on will be an invisible wind at their backs, a faint voice asking them to look both ways as they cross. And like every mother, I can only hope that the profound love unleashed for each of these unique beings, once dependent on me for survival, who are now landing jobs with health benefits and a pension plan—well only one so far but it gives me comfort—will be passed on to the next generation. That my children will be willing to lay down their lives for their children just as my parents would have done for me. And this love I vibrate with for my children is perhaps the very same they feel for me—after all, they started it when they made me a mother.

Dede Crane has written novels and stories for adults as well as teens and she co-edited a collection of essays on birth called Great Expectations. Her new adult novel Every Happy Family was released in April.