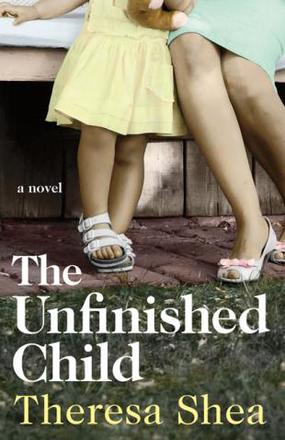 From a very young age, I knew I wanted to be a writer. Becoming a mother was not on my list of things to do, so I find it amusing now that I would have three children before I would publish a book. That’s amazing to me not just because the time has sped by (this is my 15th year of celebrating Mother’s Day) but also because for many years I had assumed I would remain childless. When that assumption changed, I found myself, like many women today, beginning a family in my mid thirties.

Despite being well educated and politically engaged, I had paid little attention to how the medical terrain surrounding pregnancy had changed. I had no clue, for instance, that there was a label for women like me. According to the medical profession, I was in the category of “advanced maternal age.” Suddenly, before I’d even had an examination, I had a big red RISK stamped onto my file. I felt as if I’d failed pregnancy 101 before I’d even shown up for the class.

Without a doubt, reproductive technologies have changed our ideas and practices about creating new human life. Google the words Assisted Reproductive Technology (ART) and read about the various procedures now available, and you might well wonder if you’re in Victor Frankenstein’s “workshop of filthy creation.” In fact, many of the themes in Mary Shelley’s early 19th Century novel Frankenstein remain relevant today, especially when exploring issues involving reproduction technology. How far is too far? Do we really know what we’re doing? Is there some mad scientist in the lab mixing DNA with impunity? What are the legalities involved in manipulating human life?

The changes in human reproduction in the past fifty years have been vast. While it’s unclear what the next fifty years will bring, I believe it’s important that we have conversations about the kind of world we want to live in and the kind of people we want inhabiting that world. Are we a better species if we eliminate people with genetic abnormalities?

Science has given us more options to choose the kind of child we are willing to bring into the world, yet the discussions on this issue remain suspiciously private. A couple of years ago Denmark boasted that it would be “Down syndrome free” by the year 2030.  The assumption behind this headline was that this was something to celebrate. By contrast, in March of 2013, North Dakota became the first state to ban abortion based on prenatal tests that identify genetic abnormalities. It is now “illegal” for a pregnant woman to terminate her pregnancy if a test confirms her baby has Down syndrome. These are two very drastic responses to the same scenario. Clearly not everyone is on the same page about this issue.

I began writing The Unfinished Child because of my own experience while pregnant with my first child. Because of the RISK on my file, I received the standard genetic counseling. I was healthy, I felt young, and I just assumed everything would be fine. So I naively extended my arm for a blood test and left. Later in the week, I received a message on my answering machine. The doctor’s office wanted me to call. It was Friday afternoon. The office was closed. My husband and I spent the weekend convinced that there was something wrong with our baby.

On Monday we got the news that I had a 1 in 268 chance of having a baby with Down syndrome. I’ve never been great with numbers, but those odds didn’t sound at all bad to me. For that I’d been terrified for my baby’s health? I had agreed to the test without fully understanding what the consequences might be. That was my fault. In the end, we opted to forego any further testing. We went on to have two more children, and we had no testing during those pregnancies either, not because we are superior beings, but because we are moral cowards—we simply didn’t want to have to make a choice. We figured that, like the many, many generations before us, we’d take what we got. We got three apparently healthy children.

But the fear had already been planted. Now I knew it was risky having children at my age. But isn’t life risky? Prenatal testing could reassure me that my baby was fine, but that wouldn’t guarantee we’d avoid the car accident that might leave him disabled. Would I stop loving my child if he was disabled after he’d been “healthy?” I pondered such thoughts as my belly grew with each pregnancy.

I began writing The Unfinished Child when my second baby was six months old. Sleep-deprived and determined, I set out each morning with my laptop and the aim to write 1,000 words. Are we, I wondered, meant to know, in advance, what is coming our way? Are any of us strong enough to handle the adversities that are sure to occur in our lives? Are we a better species if we eliminate “contact” moments that elicit our compassion?

The Unfinished Child begins in 1947 when Margaret Harrington gives birth to a baby girl with Down syndrome. At that time, doctors routinely suggested that “unfinished children” be institutionalized. Much of the narrative deals with Margaret’s coming to terms with institutionalizing her daughter. The other story line happens in 2002, where we meet Marie and Elizabeth, best friends since childhood. The mother of two pre-teens, Marie finds herself unexpectedly pregnant at the age of 39. Elizabeth, meanwhile, has never been able to have children, despite years of fertility treatments. The tension between the friends grows as Marie begins to believe that something is wrong with her baby. As the narrative shifts back and forth through the decades, the lives of the three women converge, and the story speeds to a surprising conclusion.

I set out to create likeable characters that find themselves in difficult situations. It’s my hope that readers care what happens to Margaret, Carolyn, Marie, and Elizabeth, and that readers understand there are no simple answers. 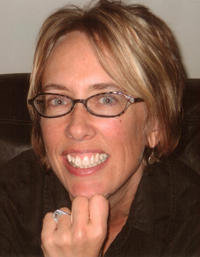 Theresa Shea has published poetry, fiction, essays, reviews, and articles in a number of Canadian magazines and journals. Born in Maryland and raised throughout the United States, she moved to Canada in 1977 and currently lives with her husband and three children in Edmonton, Alberta. Follow Theresa on Twitter at @sheatheresa.