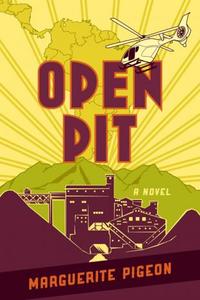 So, early in 2002, I travelled to La Esperanza, a rundown but pretty hill town in Western Honduras, near the Salvadoran border. My first surprise was the weather: I had imagined a steamy, tropical setting, but La Esperanza was dry, dusty and downright chilly at night.

That was just the start. Soon, I was set to work under COPINH, a respected group fighting for land rights on behalf of rural, indigenous Hondurans. COPINH’s leadership included a woman about my age whose facility for organizing was light years beyond mine. She slotted me in where I could be useful—sending me with COPINH members to meeting with government officials, knowing northerners lent weight to their demands; tapping my TV background to film a short documentary about a dam project the group opposed.

I was, in short, kept busy. Yet, I also felt unnerved and lonely. I was unfamiliar with the discomforts of local travel, which often involved getting up at 4AM to catch a bus, sometimes, sleeping on floors. I was stunned to witness extreme poverty. And, disconcertingly, at least one COPINH member whom I liked a lot was removed from the group because of suspicion that he was spying for the government. Compared to the present moment, this was a period of détente in Honduras. Still, COPINH was closely watched, and sometimes infiltrated, by dangerous forces. It became hard to know who to trust—or how to relax.

Worse, I hadn’t done my homework. I only found out later that some COPINH members had cut their teeth, in terms of organizing, during El Salvador’s civil war (1980-1992). The techniques the group used, especially electing local representatives in the villages, stemmed from that period, when liberation theology, Marxism, and door-to-door organizing had combined to grow vast networks of resistance, both there and in Honduras.

This should have been my cue to start taking notes, learn about the grassroots work that had been going on largely unassisted for decades, right where I stood. Instead, I got stuck in the present: I was bored and impatient with the haphazard, sometimes wasteful realities of organizing; I saw power discrepancies within the group; and I was discouraged by how little real progress COPINH made. I also wished I had more people to talk to about “the bigger issues”—the leadership was often too busy, and rank and file members tended to want to unwind outside work, rather than philosophize.

At some point, I found out that I had been accepted to that MFA. No different, in the end, than other shirkers, I began to long for the safety and order of Canada. I cut short my volunteering and came home.

I think selfishness motivates us all to an extent. I’ve certainly grown to hate the imputation that the motives of people in the developing world are somehow more pure. Ultimately, this is just an unwillingness to really know those people in their complexity. But I also returned to Canada feeling like I’d missed something important. I had not appreciated the ways some COPINH members did put others first—their moments of selfless struggle, lost on me amidst the impurities of group organizing.

It was only two years later, after I graduated from the MFA, and due to lingering feelings of unfinished business, that I began researching what would become Open Pit.

I developed a conceit: a kidnapping. I transplanted the action to El Salvador, where the novel could take greater advantage of civil war drama. And, instead of mega-dams, I focused on the particularly Canadian issue of open-pit mining. But the characters were rooted in the tensions I had lived. Each allowed me to explore questions about northern subjectivity, human selfishness/selflessness, and the messiness of democracy in action.

Through its many drafts, the novel increasingly conformed to thriller genre edicts. Still, in its bones, Open Pit is an attempt to understand the changes that were going on all around me in Central America in the early 2000s and to share that with readers—two goals I was ill-prepared to strive for a decade ago when I arrived in Honduras with my selfish agenda.

Marguerite Pigeon is a writer of fiction and poetry. Her first book of poems, Inventory (Anvil Press, 2009), was nominated for the Gerald Lampert Award. Her novel, Open Pit, appears this spring with NeWest Press. A former journalist for radio and television, Marguerite completed a Creative Writing MFA at UBC in 2004. She has attended residencies at the Banff Writing Studio and the Fundacion Valparaiso, in Spain. Originally from Blind River, northern Ontario, she currently lives in Vancouver, where she works as a freelance editor.