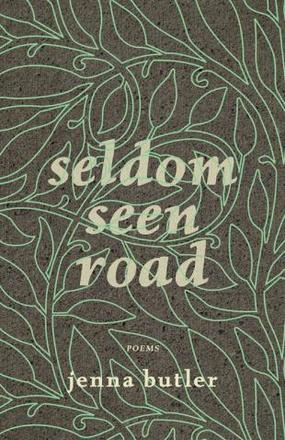 Writing your way into (toward) a landscape is a tricky thing, a continual process of navigation, negotiation, re-visioning. I’m in awe of those who do it well, and turn often to the likes of Candace Savage and Sharon Butala, Robert Kroetsch, John Newlove, and Di Brandt.

I was talking with poet Nora Gould about this a handful of months back; her book I see my love more clearly from a distance, set in the ranching country of southeastern Alberta, has become a touchstone for me. We were deep into a conversation about the similarities between farming and ranching life, mostly the close attention to the natural world in all weather. I’ve spoken of this before with other rural friends, and usually the discussion shifts to the differences between ranching and farming: mobility versus stasis, that certain hardship out on a cattle drive versus the farmhouse just back over the rise if anything goes wrong. But with Nora, I felt the deep companionship inherent in setting those dividing lines aside and focusing on commonality: the weather, the seasons, the stories, the land.

There’s nothing bucolic about it. Yes, it has its moments, as when the dragonflies fill the market garden at midday halfway through July and the air has that high-voltage thrum. Or the night when we spotted a firefly—one single firefly—about two thousand miles too far north and west, and chased that pipping light all over the garden in excitement. But most of the time, it’s a lot of hard and consistent work.

My husband and I came to this land, a quarter section of northern brush pressed to the knees of the boreal forest, six years ago. I had always wanted to live out, but he hadn’t thought beyond the city, and so it was a learning curve for the both of us. My roots in England are in farming country, but it’s a very different sort of landscape: rolling hills and sugarbeet, winter wheat, soil that yields Roman coins under the harrow. The land we moved to was unturned, untouched, used for decades as farm storage, but it too had its stories.

I’ve long read those who carefully, beautifully, articulate those stories: Trevor Herriot and Rudy Wiebe, Glen Sorestad, and Sharon Butala’s Wild Stone Heart. In a newer vein, I celebrate the work of friends and poets such as Barbara Langhorst and Dymphny Dronyk, writing from the deep prairie to the Peace Country. Everywhere we pitch up against the stories that were here before; everywhere we have to slip our lives sideways to navigate into what’s already there.

The land I live on is a half-mile off the power grid, so everything we do is powered either by the sun or by hand. In a patchwork of fields given over to GM canola and wheat, we’re the sole small farm that grows heritage and organic, tucked away behind a buffering shelterbelt. We came to the land determined to marry hard work with technology, to be close to the land, but not to have to scratch out a scant and isolated living. And so you’ll find us chopping our own cordwood and culling storm-felled tamarack for fence posts, but at the end of the day, I can come indoors and write on my laptop or post farm snaps to Facebook for our friends around the world who follow the life of our patch of northern forest. We cook on a woodstove but run our lights on a small, high-tech solar array. Our life on this land is all about balance.

It’s the same balance with the stories of those who came before us. We’re one of the few couples who moved into the area when most were heading for the city. We moved smack-dab into the midst of two hundred years’ worth of history and narrative. It’s visible in the little things, like the fact that no matter what we call the farm, everyone knows it as Tywoniuk’s Quarter, the elderly farmer who owned it before us. It’s visible in the old horse tack I nudge out of the soil when I turn the vegetable beds closest to the granary, or the summer we first mowed the grass down along the access road and found a scattered set of printer’s type for an old letterpress.

I know I’m not alone when I say that I can’t rest easy in a place until I know its stories. It’s a way of both locating myself and negotiating with ghosts, who and what is already here. That’s what my book Seldom Seen Road grew from, that desire to work outward from our farm and across the prairies and boreal, to unearth the narratives that were already here. To tell again the stories that might have been in danger of being forgotten. It’s an odd admixture of beauty and hurt; I tried not to fall simply into the lyrical appreciation of landscape because there’s more to living on the land than that, and I hope the book gets there. That act—retelling and re-visioning what was—is meant as respect. At the last, I’m trying to articulate my own belonging in this landscape, and the many ties of family and place that were formed and broken to bring me here.

Jenna Butler was born in Norwich, England in 1980. She is the author of three trade books of poetry, Seldom Seen Road (NeWest Press, 2013), Wells (University of Alberta Press, 2012), and Aphelion (NeWest Press, 2010), in addition to ten short collections with small presses in Canada, the United States, and Europe. Butler teaches Literature and Creative Writing at Grant MacEwan University in Edmonton during the school year. In the summer, she and her husband live with three resident moose and a den of coyotes on a small organic farm in Alberta’s north country.