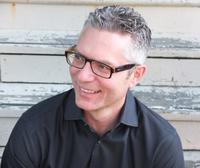 Andrew Pyper grew up in Stratford, ON. The only student from his high school to attend university out of province, he landed at McGill, pursued English Lit, and completed a Master's degree before deciding to put academia aside for practical concerns—it was time to get a job. He turned to law and was called to the bar when for completely unpractical reasons he began to write what would become his first, highly acclaimed novel, Lost Girls. Pyper embarked on a curious though successful trajectory: he was a literary writer moving in the direction of genre fiction. Now, with The Demonologist (Simon & Schuster), Pyper makes his first unabashed leap into horror writing. But he doesn't leave his lit cred far behind.

Julie Wilson: In The Demonologist, your protagonist, Professor David Ullman, is an expert on Milton's Paradise Lost, described in your novel as "blank verse that seemed to defend the indefensible," which is great. How did you prep to become as familiar with Paradise Lost as Ullman?

Andrew Pyper: I had read Paradise Lost with great haste the night before the exam for some Intro to Literature course in first year university. In other words, I barely read it at all. But I took with me the impression left by the star of the show (intended or otherwise), namely Satan, the persuasive, articulate, emotionally conflicted villain. When an unrelated strain of research and creative thinking brought me back to Milton's poem—once I realized Paradise Lost would be important to the story that ended up being The Demonologist—I, of course, set to re-reading it. It was a tactical reading: what was there that I might use, what key might it contain that would open a door to my narrative? I didn't have to become an expert on the poem at the level of David Ullman (which would likely have taken years, not to mention the satisfaction of an Ivy League PhD), but merely discover the angles and aspects of the work that would inform the novel. Paradise Lost is so thematically bountiful, the danger I faced was to let it take over my story. I had to feel it more than know it.

JW: From a literary perspective, what makes Satan such a compelling character? 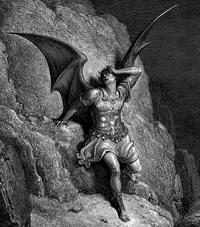 AP: Milton's Satan has many charms, but for me, what's most astonishing is the way he justifies "evil" by way of a defense of freedom, of individual agency. And then there is the magnitude of his personal suffering: he has been cast out of his home, his family ... disowned by his father. Humankind—his father's preferred and coddled pet project—walks in the sunlight and he can only watch, with understandable jealousy, from the darkness. There isn't a person who has endured true loneliness—and not a teenager who has ever lived—who doesn't know that feeling of outsiderness, of hating and yearning at the same time. Milton humanizes a monster. A dangerous thing to do, but also deliciously inviting.

JW: Your previous novels have employed horror to explore persisting public fears, but with The Demonologist you've proclaimed your formal foray into the horror genre. What are the distinctions between this and your previous books?

AP: While the previous novels have allowed the supernatural to visit the "real world" in which the characters live, The Demonologist creates a whole supernatural world of its own. That's not to say that it describes a literal hell, or that it's populated by toothy ghouls running around, a Grand Guignol orgy. On the contrary, it's not really explicitly fantastical at all. The novel's world looks almost exactly like our world. But the crucial difference is that it's a world seen with a new perspective, one where demons live and walk among us, speak to us, wish to grow close to us, influence us. It creates a particular supernatural world as opposed to offering glimpses of one.

JW: There's another demon in the book—the distinction between depression and melancholy, the fear that we are, have always been, alone. One of Ullman's colleagues challenges him to fight daily to prove his love for his daughter, and Ullman will be put to that test when he's faced with having to rescue her from a demonic entity. Why is love so scary to Ullman, and people like him?

AP: Love is a pleasure, a privilege, a reason for getting out of bed in the morning. It's also a test, a carrying of (a sometimes unbearable) responsibility. For David Ullman, love is difficult to trust, to fully participate in. He loves his daughter, yet there is, prior to the events of the novel, still a gap between the feeling and the doing that love requires. It is this invisible membrane of isolation, this small but crippling distance, that Ullman—and so many melancholic souls like him—is plagued by. It's also something Milton's Satan is intimately familiar with.

AP: The revelations of character that come with trying to frighten myself.

Andrew Pyper is the author of six novels—Lost Girls, The Trade Mission, The Wildfire Season, The Killing Circle, The Guardians, and The Demonologist—and Kiss Me, a collection of short stories. He lives in Toronto. Visit him at www.andrewpyper.com, and follow him on Twitter as @andrewpyper.

While Professor David Ullman is a renowned expert in the literature of the demonic, and Milton's Paradise Lost, he is not a believer in the supernatural.

When he's offered a well-paid opportunity to travel to Italy to witness a "phenomenon," he accepts, taking his young teenaged daughter with him. There, she is taken by a demonic entity, and Ullman must decipher the secrets of Paradise Lost further to guide him to her rescue.

After all he's seen, will he believe?