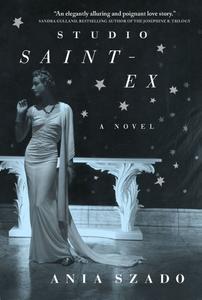 When I learned that the Canadian publication date of my novel Studio Saint-Ex would follow on the heels of April Fool's Day, the irony made me smile. There had been many times, as I worked on the story, that I had wondered if I wasn't a fool to take it on.

It had been challenging enough conjuring up 1942 Manhattan, the rise of American haute couture, and the wealthy, culturally elite French expatriates that made New York City their home during WWII. But what had made me reel from anxiety to anxiety was my choice of male protagonist. Studio Saint-Ex is a story of love, ambition and creativity revolving around author Antoine de Saint-Exupéry and the manuscript that would become one of the bestselling and most beloved books of all time.

Put words in the mouth of one of the most revered writers in the world? Try to convey his mindset as he wrote The Little Prince? Imagine I could understand and express his longing and his genius, that I could write letters in his hand? Was I crazy? Who do you think you are?

Of course, it's a cliché that a writer would ask herself that. But ask it I did; it couldn't be dismissed. Even Alice Munro, I thought, must have laboured under its weight: her 1978 collection takes its title from the question. Then my thoughts went to Carol Shields. I had written her a fan letter many years ago. She'd written back. Her sign-off was "Onward!"

I held that word close, kept repeating it to myself. Just move the mark a little further today. One step at a time. Write. Assess. Write. Aim higher. Be braver. Onward.

My first drafts were well intentioned and necessary, but in retrospect I see the cowardice. In those early versions, I wrote about Saint-Exupéry; I didn't write Saint-Exupéry. After several false starts, I was forced to face the fact that I had to fully inhabit him and let him inhabit me. I had to let the hero be as human as I was; I had to dare to write as him, not just of him; to speak in his voice; to feel his passions and his joys, his frustrations and his yearnings.

The same was true of all the characters in Studio Saint-Ex, including historical figures such as Saint-Exupéry's wife Consuelo and the painter Bernard Lamotte, but only the author of The Little Prince had me acting skittish and shy, reluctant to get down to it, nervous about getting naked with him. Acting, in fact, like a woman obsessed with a great and influential man. Which I was—as had been my main female character, aspiring fashion designer Mignonne Lachapelle, upon meeting Saint-Ex in New York.

Like Mignonne, I had to advance from admiring an untouchable hero to looking him in the eye. She came to know his lust and his longing—as did I. We both moved from revering, to loving, to mourning.

Maybe that's not what Carol Shields meant when she urged me on. Is it progress to evolve from coolly respecting the man who would be my male protagonist to feeling so invested in his desires and struggles that I shed tears over his death—and even, occasionally, at a glimpse of his boyish smile? (To see it once, wrote one of his friends, was to forever carry a wound in the heart.)

My own heart is perhaps too closely entangled with my work. I fall in love with the dead, and with characters who have never lived and never will. I reached for the crazy, illogical idea that by writing Saint-Exupéry, I might bring him back to life—if only in my heart and mind, if only for the span of time it took to complete my novel.

I could dismiss that as silly, or accept it as a necessary component of an immersive creative process. And if it is both, what would be wrong with that? Maybe my answer to Who do you think you are? should be a wry, accepting, "A fool in love. " After all, as Mignonne says of herself and The Little Prince, "I was everywhere in his story. Every story needs a fool."

I suppose she was speaking of me, too, and of Studio Saint-Ex. Inward, it turned out, was my surest path to "Onward." 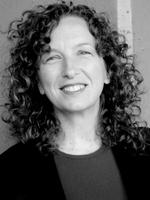 Ania Szado's debut novel Beginning of Was was regionally shortlisted for the Commonwealth Writers' Prize, Best First Book. Her short fiction has been published in numerous literary magazines and anthologized in All Sleek and Skimming. Ania's non-fiction has appeared in the Globe & Mail and Flare Magazine. She lives in Toronto and holds an MFA in Creative Writing from University of British Columbia and an AOCA from Ontario College of Art. Visit her website at www.aniaszado.com or follow her on Twitter: @AniaSzado.