Our children's librarian columnist Julie Booker brings us the latest in book banter.

One of the most powerful tools a librarian has in her arsenal is book banter, particularly with Junior kids. To be able to recommend and discuss the latest Kevin Sylvester or Gordon Korman is what places him/her in the hub of the community. But gone are the days of the shush-ing librarian, nose stuck in a book behind the circulation counter, reading for countless hours. One short-cut solution for the librarian who wishes to remain in the know: graphic novels. I devoured the following three in one night and learned a bit of history in the process. 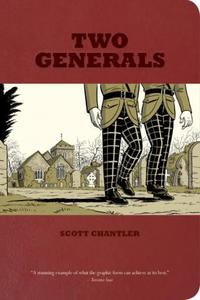 The opening pages of Scott Chantler’s beautifully designed World War II novel Two Generals feel like the establishing shots of an epic movie, the kind that tell you you’re in the hands of an expert filmmaker. And, like a great director, Chantler brilliantly plays with the element of time, using foreshadowing as well as temporal jump cuts at the end which reveal the author’s reason for writing the book. The novel’s colour palette is black, white and army green, uncharacteristically depicting much of the waiting that happens in war. Blood red is used strategically to denote death creeping in. Two Generals has rounded corners and a built-in elastic bookstrap to mark your place, like a beloved journal, the kind displayed proudly on a bookshelf. 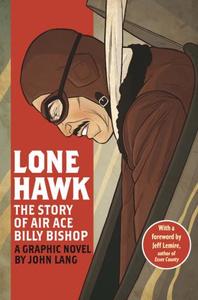 Lone Hawk: The Story of Air Ace Billy Bishop by John Lang, is a shorter, action-packed read. It's one that reveals a portrait of a single-minded tenacious pilot taking down German planes, despite witnessing many of his contemporaries being shot out of the sky. This one’s light on text and heavy on fight scenes including a climactic, insane solo mission behind enemy lines. And, unlike other war stories, it has a happy ending (for Bishop). 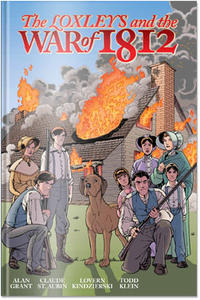 he Loxleys and the War of 1812 is a beautiful full-colour fictional version of the war, in which the familiar figures of Brock and Tecumseh are minor characters. It refreshingly focuses on an ordinary family, narrated through diary excerpts. The Loxleys experience it all: maimed sons, encounters with natives, deaths, having their house burned down. This is the real story of that war, including its failings. The Loxleys was a huge collaborative effort, involving the writer (Alan Grant), illustrator (Claude St. Aubin), colourist (Lovern Kindzierski), and letterist (Todd Klein). Also included are a written summary of events by Mark Zuehlke, an excerpt from a play adapted by grade seven students and a website with a timeline incorporating the Loxleys. This is a teaching book in so many ways, allowing kids to banter not only about history but also the collaborative effort of writing a graphic novel.