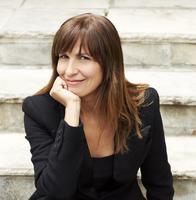 I chat with Gabriele/Adeline about the leap from CanLit to erotica, sexual bravery, and something I like to call The Sisterhood of the Travelling Hot Pants.

First, some introduction to S.E.C.R.E.T.:

The novel's protagonist, Cassie Robichaud, a waitress in New Orleans, is in a rut. She's lonely and full of regret following the death of her husband. One day, a customer leaves behind a notebook in the cafe, the pages of which detail explicit confessions, leading Cassie to an underground society of women who support and guide one another through their wildest sexual fantasies. Set free of inhibitions, having discovered new confidence, Cassie begins a transformation that leaves her satisfied and sated. (Readers also come to know a fine fella named Will, Cassie's colleague at the cafe.)

Julie Wilson: Let's being with the pseudonym. It's not a big leap to get from William Bradley "Brad" Pitt to Brad Pitt, but L. Marie Adeline is a more conscious construction. Where did she come from? 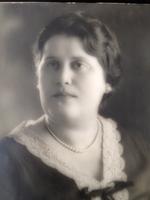 JW: Does L. Marie Adeline have different writing rituals than Lisa Gabriele? (It's possible that I'm asking if you donned a waitress outfit to write S.E.C.R.E.T.).

L.: No. I wish L. was more disciplined and spent less time on Instagram looking at pretty pictures of hair, shoes, skies, and cats. I also wish she actually changed out of her pajamas while writing and meant it when she said she was NOT going to make lunch plans or watch recorded shows when things get tough, especially the ones you binge-watch. And I definitely wish she hadn’t started to read Game of Thrones again. That was a bad idea. Otherwise, they’re the same.

JW: What parts of Lisa's purpose as a writer did you leave behind in order to fulfill L. Marie's goal?

L.: I think I left behind the parts that didn’t work for Lisa either; the critical voice that said, “You can’t do this, this isn’t your sandbox, you play with this crowd and only these kinds of writers. You do Small Family Dramas, not High-concept Erotica. I also left behind the part that said it’s bad to want to write what people want to read, that part that called itself some kind of artist who only creates for self. I left behind the part that forgot I am a working writer. I wrote columns for Vice about sex and adolescence. I wrote columns for Nerve about sex and pop culture. I wrote book reviews for almost every Canadian newspaper, TV and radio news and current affairs programs, documentaries about yellow fever and hitchhiking. I wrote a business reality show, collaborated on two entrepreneurs’ memoirs and a financial advise book. And each was deeply challenging and bloody satisfying and often took me way out of my comfort zone, and prior to embarking on each project I'd stood and thought: "I don’t do this! I don’t write business shows. What do I know about yellow fever or compound interest? Who cares what I think about Britney Spears, the Pope, groupies?" I had the same fears and hesitations when approaching S.E.C.R.E.T., but it really was a matter of sitting down, cracking my knuckles and getting at it. My so-called secret to writing this prolifically and this widely has really been: Shut up. Get over yourself. Get to work.

JW: Undress the S.E.C.R.E.T. What does each letter mean? 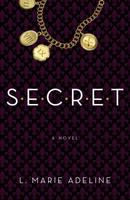 L.: Safe. I had to start there. The world I created isn’t for women who are in Dan Savage’s own inimitable acronym GGG (good, game, giving). They’re terrified of risk and rejection. In order to imagine making that leap to fulfilling all their sex fantasies, the women in the organization had to ensure Cassie’s safety. On the surface this means condoms, which I hope I handled without too much intrusion into the action, but it also stands for emotional safety. This is about sex, and Cassie often forgets that and lets those love chemicals topple her.

Compelling, which means the guy (or the girl, as the case may be, there are lesbians on the Committee) has to be someone with whom the participant wants to complete the act. Cassie has to be into him, so to speak. The whole scenario has to be well staged so that she goes through with it.

Ecstatic was my reminder to leave Cassie spent and swooning at the end of every fantasy—a goofy grin across her face. This is supposed to be fun, after all. You know that feeling when you’ve just done something completely scary for you? You don’t jump out of an airplane, say, plummet, and land feeling happy. You are ecstatic.

Transformed. For some, the sexual fantasies in S.E.C.R.E.T. are no big thing, but for Cassie they’re incredibly daring. These fantasies, conjuring them, then having the balls to go through with them, changes her very DNA. She is truly transformed. I love writing about bravery in women who don’t really think what they’re doing is brave. It’s been a theme in every one of my novels.

JW: At the core of Cassie's journey is loneliness. What gap does sex fill? We can call it empowerment, but sex is a deeply particular thing from person to person. Is this why you chose to have Cassie peruse a number of sexual adventures as opposed to just one solid, throbbing, through line of unrequited love?

L.: Sex isn’t really what’s filling that gap, so to speak, though I hope Cassie (and her readers) find the sex fun and satisfying. It’s Cassie’s ability to surrender to her desires, to generate the courage to go through with these acts—that’s what S.E.C.R.E.T. is really about. It’s like prayer. I don’t believe the asking is what helps people; (G)od, spirit, the universe, whatever, is not Santa. But the supplication, the admission that you cannot fix everything, and it’s not even up to you to even try, has been scientifically proven to have a healing affect. Sex in S.E.C.R.E.T. is the means by which Cassie learns about generosity, curiosity, courage, etc., as outlined in the steps.

And yes, that is why Cassie must go through nine sexual fantasies, over the course of about a year. Change doesn’t happen overnight.

As for love, there are no steps for that, no lessons, no right way to do it, as Cassie and Will’s relationship proves. But this book is only incidentally about loving a man. It’s really about Cassie learning to love herself, and then someone else. It’s the ideal order of things, but who the hell ever gets that right? See: fiction.

JW: Did you go into S.E.C.R.E.T. thinking you'd write a sexual self-starter kit?

L.: God no. I am no sexpert. I did what I have always done with my characters once I’ve met them. I follow behind them, paying close attention to what they would and would not do. The sex Cassie has is appropriate to Cassie’s life experience and sexual experience (which is very little). If anyone learns sexy How Tos in the process of reading S.E.C.R.E.T., wonderful. But as you say, sex is super subjective. I think the sex Cassie has in S.E.C.R.E.T. is pretty great, frankly. And funny sometimes, which is always good sex.

I’ve also been blessed as a writer with keen, observant editors who act as guardians of my characters. Cassie had Nita Pronovost at Doubleday, who would ask the right questions at the right time; "Would Cassie really think this?" "Would she do this at this stage?" "Where is Will in all this?" That kind of thing. I often equate writing to lying on the ground, drawing a life size map. Your editor, again, if you’re lucky, plucks you from the earth and lifts you over the work to give you a birds-eye perspective of where the road has become too narrow, or where you might be writing yourself into a cul-de-sac. My editors have always done that for me, and I have been smart enough to listen.

JW: Talk about gender a bit, The Sisterhood of the Travelling Hot Pants in S.E.C.R.E.T.

L.: Ha! Love that. Sisterhood of the Travelling Hot Pants. If you write an article about S.E.C.R.E.T., and don’t use that in the deck or lede, I'll be disappointed.

Sisterhood. Some people think it just means friendship between women. I am very close to my sister—she’s my best friend—so this is literally true for me. But the Sisterhood in S.E.C.R.E.T. is a fraught topic, it turns out. S.E.C.R.E.T. membership requires a level of uncommon altruism between women. At first glance, Sisterhood and altruism don’t sound like super sexy concepts underpinning an erotic novel. In fact, a lot of women tell me that they have a harder time trusting women than men, so the idea behind S.E.C.R.E.T. is that much more exotic to them. This breaks my heart. Every woman I know consults her own Sisterhood when planning to embark on some new adventure or relationship. My girlfriends, my close tight (small) circle, comprises, exclusively, girls’ girls, women who adore the company of other women, who aren’t undermining or jealous, and if we do feel those pangs, it gets thrown on the table for discussion. When I hear stories about frenemies (vile concept) among my female acquaintances, I cringe. Life is hard enough; why be friends with people you know secretly wish you ill, or undermine your successes?

The Sisterhood in S.E.C.R.E.T. is a little more utopian in their anonymity; their only goal is to give the gift of sexual liberation that they’ve experienced to another woman. Their connection transcends basic friendship, or it’s really not contingent upon it.

Funny, I think, because I’ve never been on Facebook, it’s easy for me to understand that some friendships are forever, some close, some glancing, and some are fleeting and impermanent. People change and grow and you move on or you get left behind, as the case may be. You’re supposed to. For instance, some of my friends who have children (I don’t) simply prefer the company of other women with children. That is normal. With Facebook, I can sense a whole generation of women that never experiences that very adult rite of passage of growing up and away and shedding old acquaintances. In fact, I bet that’s where the concept of frenemies comes from. If you don’t have the courage to let go of old acquaintances with whom you now have little in common, do you mitigate the tensions by talking shit about them? (And do men do this as often?)

Anyway, I don’t think that’s Sisterhood. Someone like that would not make a good member of S.E.C.R.E.T. It will be interesting to see how the concept of Sisterhood evolves in the Facebook generation.

JW: Lastly, do you keep a notebook that you might leave behind in a cafe for some unwitting writer to pick up?

L.: Nah, I should. I really, really should. I have great ideas in the middle of the night that dissolve like wet toilet paper upon sunrise. I think what stops me is the astonishing, crippling, embarrassing awfulness of my handwriting. So, even if I did write these fleeting ideas down, you'd never make out the actual words.