Our Children's Librarian columnist Julie Booker brings us a new view from the stacks every month.

Sometimes a book mysteriously survives the weeding process again and again, a publication that doesn’t belong in a children’s library but is too good for the recycle bin or the Goodwill. One such text reappeared this week: The Teacher’s Manual of the Tonic Sol-Fa Method by John Curwen, copyright 1875. A sketch of a seemingly depressed Mrs. Glover points to a scroll of letters, the famous notation method which she invented. Her face is strangely masculine and sad, considering she drew thousands of young singers to her teaching method. This started me thinking about books about real women and strong girls who’ve made an impact on the world.

Susan Hughes’ No Girls Allowed: Tales of Daring Women Dressed as Men for Love, Freedom and Adventure pulls together many stories of courage in an easy-to-digest format for kids. The graphic novel begins with Hatshepsut, 1800 BCE, who disguised herself in order to become a pharaoh. My favourite tale includes the astonished onlookers at James Barry’s funeral. S/he was the military surgeon whose influence spanned many countries and whose gender wasn’t discovered until after she died. One can only imagine the scheming necessary to pull this off.

The book’s illustrator, Willow Dawson, has since created a graphic work all her own, Hyena in Petticoats: The Story of Suffragette Nellie McClung. Again, a kid-friendly way to learn about a woman of historical significance.

There’s Canadian Girls who Rocked the World by Tanya Lloyd Kyi, which is written encyclopedia style with each woman’s personal history. The reader can’t help see that talent displays very early on and ask, “How will I rock the world?” 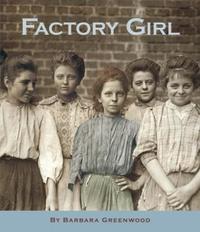 Two books written more in story form are Factory Girl by Barbara Greenwood, and Shannen and the Dream for a School by Janet Wilson. The first is a past nominee for the Silver Birch Award and the latter is a 2013 nominee. Factory Girl creates an early 20th century fictional character, Emily, who is forced to work in a garment factory and whom eventually helps change child labour laws. The story is compelling and interwoven with information about working conditions and economic factors of the time. 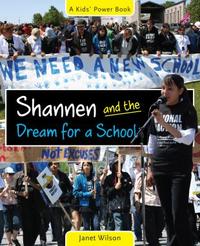 Shannen and the Dream for a School tells the true story of Shannen Koostachin, the Northern Ontario girl who raised global awareness of the Attawapiskat First Nations’ fight to get a new school after a fuel spill. This one had me crying with joy and then sadness. I can see why it’s nominated. Both books anchor the reader in a story before introducing facts that might otherwise be less meaningful to a young reader.

In Curwen’s Sol-Fa book, there’s a handwritten inscription found in the front, dated 1914. In beautiful cursive, it reads: “Introduce the real remark before the ideal and abstract,” which both Greenwood and Wilson obviously understand.