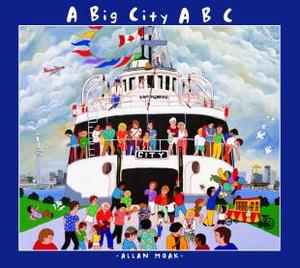 Our Children's Librarian Columnist on Books that (Literally) Take You Places.

I know a mom who uses A Big City ABC as a scaffold for outings with her three year old. The book consists of colourful detailed drawings of beloved places in a city: M is for market, P is for park, R is for rink. This mother/daughter duo travels to each location and takes a photo that captures the scene created by the author/illustrator, Allan Moak. The book is Toronto-centric (i.e. X is for the Ex), however it could spark an inquiry in any city.

This got me thinking about literary-inspired hunts. What about a city search for numbers and letters found in obscure places, such as sewer lids and graffiti, triggered by Joanne Schwartz's books: City Numbers and City Alphabet? Another Toronto book that lends itself to a quest is The White Stone in the Castle Wall by Sheldon Oberman. It’s a fictional account of how Casa Loma came to have one anomalous stone. Who can find it? 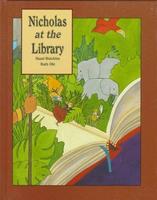 What about following a book trail? Nicholas at the Library by Hazel Hutchins, illustrated by Ruth Ohi, is about a boy whose mother takes him to the library but he would much rather build book forts than read. Until he finds a miniature chimpanzee in the O section. The librarian informs him it’s a lost-story chimp and Nicholas needs to find a book where the primate might live. He and the librarian journey through various terrain: oceans, jungles, snow-filled mountains. Ohi's illustrations give clues to familiar stories: The Three Bears, Alice in Wonderland, Red Riding Hood as well as pirate ships, pioneer wagons, a zoo, a spider web. It’s an invitation for a library scavenger hunt if I ever saw one. 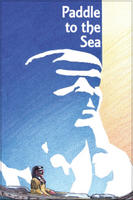 In Holling C. Holling’s 1941 classic, Paddle-to-the-Sea, a tiny handmade canoe traverses its way through the Great Lakes, encountering different habitats and forms of industry. One could track the journey on a map as the story unfolds. Wonderful pencil sketches in the margins provide a mnemonic for remembering the lake's shape: i.e. Lake Michigan, surrounded by farm country, looks like a squash with leaves; Lake Huron takes the shape of a trapper with a pack of furs; Erie, amidst mining country, is reminiscent of a lump of coal.

The adventure could be followed up with Bill Mason’s 1996 film found on the NFB website. Which might inspire a real life message in a bottle....