The Canadian children's lit world turned out last night to the Ritz Carlton in Toronto to celebrate the 2012 TD Children's Literature Awards. And the ambiance was truly ritzy, thanks to sparkling lights, clinking champagne glasses, and the anticipation in the air for the presentation of some of the most exciting literary awards of the season. 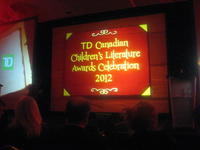 The event was hosted by CBC's Garvia Bailey, who held the crowd in thrall and elaborated on the great TD Children's Literature Awards programming going on over at CBC Books. She introduced Tim Hockey to the stage, President and CEO of TD Canada Trust, who was followed by Todd Kyle, President of the Canadian Children's Book Centre Board of Directors. The 2012 TD Grade One Book Giveaway title was announced, I've Lost My Cat by Philippe Béha. 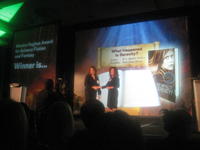 The first award of the night was particularly special, the inaugural Monica Hughes Award for Science Fiction and Fantasy. Presented by Hughes' daughter Adrienne, who spoke warmly of her mother's talent and her remarkable life, the award went to P.J. Sarah Collins for her novel What Happened to Serenity.

About the book: "What if the world wasn't like what you were taught to believe?
Would you want to know? Are the consequences of challenging authority worth it if they lead to the truth?

Katherine lives in a "post-apocalyptic community" living in complete isolation. Her town is austere, run by utopians who have created a strict paternalistic order. Knowledge and the search for truth are not permitted.

Katherine wants to find out what happened to Serenity, a little girl who has disappeared from the community, but when she breaks out, what she discovers is anything but what she expected. This haunting story about growing up and searching for truth will challenge young readers' notions about knowledge, the search for truth, and the fight for freedom. " 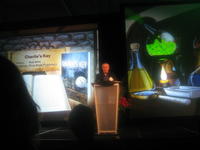 The winner of the John Spray Mystery Award, presented by John Spray, President of Mantis Investigations, was Rob Mills for his novel Charlie's Key.

About the book: When Charlie Sykes wakes up in hospital in St. John's, he learns that he and his father have been in a car accident and that his father is dying. Charlie inherits little more than the brass key that his father pressed into his hand before he passed away. As far as Charlie knows, he has no family in Newfoundland. But then Uncle Nick shows up and is keen to meet his nephew--not because of who Charlie is, but rather because of what Charlie has: the key. That key will unlock a treasure Uncle Nick began searching for more than thirty years earlier. And he would have found it all those years ago if he hadn't been arrested and sent away for murder. But Charlie isn't convinced he should give up the key. He leads Uncle Nick on a wild chase through old St. John's, across Signal Hill and out to the coast. There, high above the rugged Atlantic, Charlie finally comes face-to-face with Uncle Nick, the treasure, and a family history that will leave him with a new understanding of where he comes from and where he's going. 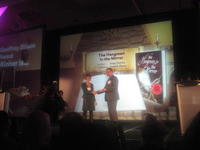 Kate Cayley was winner of the Geoffrey Bilson Award for Historical Fiction for Young People for her first novel The Hangman in the Mirror. Cayley was in conversation with our own Julie Wilson last year about her novel, and about the leap from playwright to novelist.

About the book: Françoise Laurent has never had an easy life. The only surviving child of a destitute washerwoman and wayward soldier, she must rely only on herself to get by. When her parents die suddenly from the smallpox ravishing New France, Françoise sees it as a chance to escape the life she thought she was trapped in.

Seizing her newfound opportunity, Françoise takes a job as an aide to the wife of a wealthy fur trader. The poverty-ridden world she knew transforms into a strange new world full of privilege and fine things—and of never having to beg for food. But Françoise's relationships with the other servants in Madame Pommereau's house are tenuous, and Madame Pommereau isn't an easy woman to work for. When Françoise is caught stealing a pair of her mistress's beautiful gloves, she faces a future even worse than she could have imagined: thrown in jail, she is sentenced to death by hanging. Once again, Françoise is left to her own devices to survive . . . Is she cunning enough to convince the prisoner in the cell beside her to become the hangman and marry her, which, by law, is the only thing that could save her life?

Based on an actual story and filled with illuminating historical detail,The Hangman in the Mirrortransports readers to the harsh landscape of a new land that is filled with even harsher class divisions and injustices. 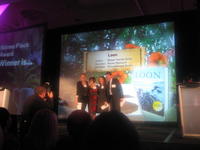 The winner of the Norma Fleck Award for Canadian Children's Non-Fiction was Susan Vande Griek and Karen Reczuch for their book Loon. The award was presented by the Fleck Family Foundation. 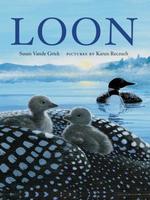 About the book: "This lyrical story follows the life cycle of two loon chicks. We see them breaking out of their eggshells, then learning to swim, find food and avoid predators such as snapping turtles and big bass fish. After they learn to fly, they migrate to the ocean. And when their striking black-and-white feathers finally emerge, they fly inland, each to find a new lake territory and mate.Susan Vande Griek's poetic text is complemented by Karen Reczuch's gorgeous illustrations, which show the loons as they grow from tiny downy chicks to majestic adult birds. An afterword is also included that supplies other interesting facts about the common loon as well as suggestions for further reading. Both the text and the illustrations have been carefully checked by an ornithologist for scientific accuracy." 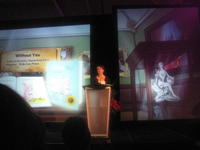 The Marilyn Baillie Picture Book Award was presented by Marilyn Baillie herself (who later in the evening would receive a Queen Elizabeth II Diamond Jubilee Medal), and awarded to Geneviève Côté for her book Without You. 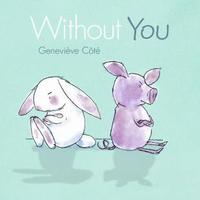 About the book: In this delightful companion book to the acclaimed Me and You, two friends discover the joy of togetherness. Award-winning author-illustrator Geneviève Côté returns with another endearing story featuring two very different friends. After falling out over a spilled wagon of toys, a fussy bunny and an exuberant piggy explore all the things they can do without each other—and gradually realize that life is much sweeter when it's shared with one another. This gently humorous, charmingly illustrated look at the ups and downs of friendship is a book you won't want to do without. 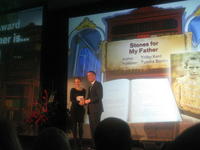 And the biggest award of the evening, the TD Children's Literature Award, went to Trilby Kent for her novel Stones For My Father. As she accepted her award, Kent reported that after more than decade abroad, she and her family have recently made the decision to return home to Canada, and that she felt more than ever that their choice was the right one.

About the book: Corlie Roux’s farm life in South Africa is not easy: the Transvaal is beautiful, but it is also a harsh place where the heat can be so intense that the very raindrops sizzle. When her beloved father dies, she is left with a mother who is as devoted to her sons as she is cruel to her daughter. Despite this, Corlie finds solace in her friend, Sipho, and in Africa itself and in the stories she conjures for her brothers.

But Corlie’s world is about to vanish: the British are invading and driving Boer families like hers from their farms. Some escape into the bush to fight the enemy. The unlucky ones are rounded up and sent to internment camps.

Will Corlie’s resilience and devotion to her country sustain her through the suffering and squalor she finds in the camp at Kroonstad? That may depend on a soldier from faraway Canada and on inner resources Corlie never dreamed she had…. 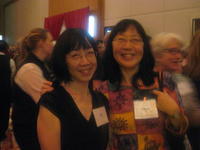 The rest of the evening, I took care to keep company that would impress my 3 year-old daughter, and capture special moments with my prehistoric camera.

Like this photo of Ruth Ohi and Debbie Ridpath Ohi! 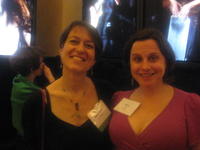 I got my picture taken with Geneviève Côté, winner of the Marilyn Baillie Picture Book Award for her book Without You. 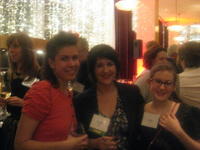 And a shot of another Marilyn Baillie nominee, Nicola Winstanley (Cinnamon Baby), with graphic novelist Willow Dawson (left) and Winstanley's daughter (right) who had once upon a time been the actual Cinnamon Baby. When I got home and reported this, my daughter's mind was blown.