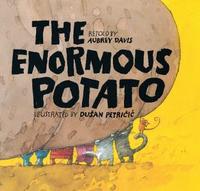 As a children’s librarian, I know the magic of captivating kids with a great readaloud. But it can’t compete with the adrenalin required to tell a story. After seeing Aubrey Davis engage my kids with his telling of The Enormous Potato, (a book nicely illustrated by Dusan Petrocic), I decided to try. But not any story would do. It had to be written with the oral in mind.

Dan Yashinsky’s The Next Teller was my starting point. I chose “Va Attacher La Vache” by Justin Lewis, the tale of a stubborn couple who argue about who will tie up the cow. Its farcical ending and French refrain are designed to impress. I loved letting go of the usual physical prop to rely on my gut for dramatic pauses, pacing, perfectly placed hand gestures. I could see the illustrations form in the listeners’ eyes. The story became solidified in my memory so that years after my storytelling phase had ended I told it successfully to a summer camp full of story-thirsty kids. 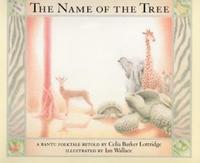 Now when I teach storytelling, I reach for anything by Robert Munsch, (Mortimer, for example) the uber-user of sound effects and dialogue. Celia Barker Lottridge is also one to go to; The Name of the Tree: A Bantu Tale, illustrated by Ian Wallace or Ten Small Tales: Stories from Around the World. Aubrey Davis’ Bone Button Borscht is a gem also found on CD, adapted by Barbara Budd with music by Sid Robinovitch. Thomas King’s The Truth About Stories inspires the grownup in me (“The truth about stories is that’s all there is,” King says.) But Coyote Columbus, one of his kids’ books, is told from the point of view of the coyote, reminding us the reporter has a role to play in manipulating history, something for the advanced storyteller student to think about.