I started to cry, sitting in a third year English class, listening to Smaro Kambourelli introduce the central BC setting of Sheila Watson’s The Double Hook. I tried to hide it, but I hadn’t known I was missing my own landscapes in Canadian literature so badly. It was that day, that class, and that incredible academic who introduced me to the canon I wanted to write toward, but it was further reading into these books that convinced me that the best books are ones that require work, that engage the imagination and don’t fill in all the blanks. These are the books that make me want to write into and from the west.

Tay John by Howard O’Hagan: Tay John dropped kicked the novel and turned it inside out—post-modern before post-modernism, it subverted the form and absolutely enchanted me. A novel set in northern Alberta written in biblical tones with a word-of-mouth protagonist who never gets to tell his own story?  Yes, please.

The Double Hook by Sheila Watson: The Double Hook meanders up and down a small creek in the central BC interior.  Holey and unholy, musical, musing and frustrating all at once—it tells (or doesn’t) the tale of a murder (mercy-killing?) of a mother, but the unusual way in which it does this (or doesn’t) teaches me that a novel is an ethereal thing.  I go back to this book for permission to write and for affirmation that different works— it can shake up the world.

The Studhorse Man by Robert Kroetsch: Oh Kroetsch! The Studhorse Man, Hazard LePage, a giant in his own mind, remains a giant in mine. His haphazard journey searching out mares for his studhorse, Poseidon, to breed, his escapades through Edmonton, the wild characters he meets and the Alberta landscape, all roil into a novel that I open to see where I could go, if I am so adventurous as Kroetsch, with my own novels. I wouldn’t want to meet Hazard Lepage, and I certainly wouldn’t let my rare blue stallion, live and eat and defecate in my dining room, but this funny and crazy book calls me back.

Saxophone Winter by Robert Harlow: I first read this book at 13, the same age as the girl the protagonist notices in the first few pages (despite her snowsuit and her youth). I reread it at 15, 18, 19, and 27, in the days before my son was born and it wasn’t until that last reading, overheated in the Similkameen valley and so far from home, I realized why I kept coming back: this book wasexactlymy home landscape. Snow falling on the school as it burned, people cloistered indoors and in atmospheres simmering under propriety, the town so still under winter—I knew this place and it fascinated me. I love how Harlow tells the story so quietly. I’ll read it again before too long. I’ll pass it along to my son when he’s old enough.

Truth and Bright Water by Thomas King: Tom King’s novel of two cousins negotiating coming of age in a place fraught with pitfalls and history, disappearing churches and wild dogs, is mythic and funny, and so close true to life, despite the flights from realism, it hurts. King writes the town and the Indian Reserve and the characters who people them, to life, and it’s this, as well as his humour in the face of too much humanity, that make me want to do my own characters and places justice.

Monkey Beach by Eden Robinson: I felt like I’d been waiting for this book for a long time—a gothic/aboriginal/bildungsroman. Monkey Beach is set on the northwestern BC coast, in the dripping forest, at the edge of a wild Pacific. There is no space between landscape and character here, and that’s just the way I like it.

Tending the Remnant Damage by Sheila Peters: Tending the Remnant Damage walloped me with characters I knew too well: young women in a state of flux, negotiating northern BC and the tropes and stereotypes that keep us hemmed in. The immediacy of the landscape, the peril and predicaments of the characters in each story all make this a stunning and undersung collection.

The Sudden Weight of Snow by Laisha Rosnau: This book made me think that not only was my landscape valid but that my stories may be too. Rosnau’s coming of age novel is relentless, hauling the reader on, making us hope there will be some redemption for characters we come to know too well. The weather, fire, and the north Okanagan landscape make for a sensory roller-coaster.

Lightning by Fred Stenson: No one writes western history like Fred Stenson, and no cowboy or fur trader or traveler ever loved or appreciated his horse the way Stenson’s characters do. There is reverence in Stenson’s writing—for place, for people, for history and for storytelling. This is a gorgeous book.

The Butcher of Penetang by Betsy Trumpener: If you want muscular and hard-hitting in your CanLit, and I do, this is a book you want to read.  Trumpener’s mini-fictions, fact-ions, fused narratives and freezing venues made me gobble this book whole and leaves me wanting more from her. At this point in the western Canadian canon I’m writing alongside friends who have me galloping to keep up, and, quite honestly, there is nowhere else I’d rather be. 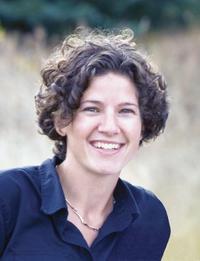 Gillian Wigmore grew up in Vanderhoof, BC, and graduated from the University of Victoria in 1999. She has been published in Geist, CV2, filling station, and the Inner Harbour Review, among others. Wigmore won the 2008 ReLit Award for her work Soft Geography and was also shortlisted for the Dorothy Livesay BC Book Prize. She lives in north central BC with her husband and two children. Her latest book is Dirt of Ages.