John A, The Man Who Made Us by Richard Gwyn

This is the first volume of a vivid, multi-dimensional portrait of a fascinating character and his times, by one of Canada’s finest political pundits. Gwyn combines contemporary insights, anecdotes, and impeccable research for this biography of our Founding Father, who created a country that is, in Gwyn’s view, a miracle of peacefulness, diversity, and determined un-Americanness. Volume 2 coming this fall.

The Madman and the Butcher: The Sensational Wars of Sam Hughes and General Arthur Currie by Tim Cook

A powerful double biography of Sam Hughes, Canada’s war minister, and Arthur Currie, who commanded Canadian troops during World War One. I am not usually drawn to military history, but Cook uses the hatred between these two men as a brilliant framework within which to explore questions of Canada's role in the war, the need to place blame for the terrible blood loss, and our discomfort with heroes.

A wonderful exploration of the shy and hesitant prime minister whose policies helped shape today’s Canada. John English brilliantly combines the intellectual rigour of an academic with the literary skills of an elegant novelist.

J. R. Saul has always enjoyed challenging Canadians’ received wisdom about the great figures of our past, and in this addition to the series “Extraordinary Canadians,” which he edited, he prompts readers to rethink our French-English duality.

A concise, astringent biography of the late premier and founder of the Parti Québécois, whom most Anglo-Canadians found both incomprehensible yet fascinating. Poliquin delivers strong opinions about the heroic-victim tendency in French-Canadian nationalism.

Atwood explores a true crime, and takes a reader right into nineteenth century Ontario. She sends chills down readers’ backs with the weirdness of the period, at the same time as fascinating them with the daily life of a struggling society.

The Stone Carvers by Jane Urquhart

One of the greatest monuments ever created for and by Canadians is the Vimy Monument in France. Urquhart’s research is remarkable and her prose lyrical as she describes the background to, and some of the people involved with, translating sculptor Walter Alward’s plans into stone.

A brilliant roman a clef from a great novelist about a rich Jewish family which made its money during Prohibition. Oh yes! And the doomed Franklin expedition comes into the story, too.

The Colony of Unrequited Dreams by Wayne Johnstone
Newfoundland has always produced some of our best writers. Here Johnston uses his province’s storm-wracked history, and the real-life politician Joey Smallwood as his main character, to illuminate the island’s decision to become part of Canada.

The Englishman’s Boy by Guy Vanderhaeghe

One of the bloodiest events in our history was the 1873 Cypress Hills Massacre in Saskatchewan. Saskatchewan writer Vanderhaeghe brilliantly links this brutal event with Hollywood in the 1920s.

Tapestry of War by Sandra Gwyn

The private life of a group of Canadians involved in the First World War, by a wonderful social historian who knew how to make history compelling through a narrative built around letters, diaries and memoirs.

The Uses and Abuses of History by Margaret MacMillan

Today’s politicians often to resort to events from the past to justify their actions. But how is history made? And how useful is it as a guide to the future?

Defiant Spirits: The Modernist Revolution of the Group of Seven by Ross King

King situates Canada’s best-known artists’ collective within the larger historical context of twentieth century international events and art history. Each painter is treated individually, helping the reader to understand their agreement that Canada needed its own painting style at a time when critics, collectors, and the public were hostile toward the aspiring modernists.

An incisive study of the most persistent icons and stories in Canadian history, and how they inform our sense of national identity. You’ll never look at the photo of the Last Spike in the same way after reading this. 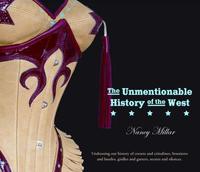 The Unmentionable History of the West by Nancy Millar

Big, important history books never answer the questions about the past that often bug me…such as how did women wearing layers of petticoats, crushing corsets and dainty boots trudge through the bush? Nancy Millar has done a lovely job finding answers, and demonstrating that underwear shaped women’s history just as much as it shaped them. 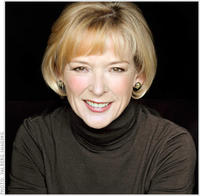 Charlotte Gray is one of our pre-eminent biographers. Her #1 bestseller, Flint & Feather, won the 2002 UBC Medal for Canadian Biography and the Drummer General’s Award. She is also the author of the multi-award-winning books Sisters in the Wilderness and Mrs. King. A graduate of Oxford University and a recipient of the Pierre Berton Award from Canada’s National History Society, Charlotte Gray lives in Ottawa. Visit her online at www.charlottegray.ca. Gold Diggers is her latest book.