I directed the first Canadian play in the People’s Republic of China in Shanghai (in Mandarin) when that country was in the massive transition from a profoundly oppressive socialist state to a basically free market economy – a thrilling time and my time there inspired me to write my first novel. I also lived in Manhattan for many years and it still forms the base for some of my work. New York knows what it is. It’s been written about, sung about and mythologized into a state of firm existence. People immigrate to New York from all over the world and become New Yorkers. You peel back the carpet and you find yesterday’s New York, you pry up the floorboards and you get yesteryear’s New York.

Toronto is different – sometimes there’s free fall beneath the carpet.

I was born and raised in Toronto, and retuned to the city in 1987 after living in the United States for the better part of sixteen years. Since I've been back, I've had nine novels published. But The Placebo Effect is the first time I’ve written about my hometown. And I didn’t find it all that easy. Toronto is a city where more than 50% of its citizens were not born in the country. Sometimes there’s “ just no there, there” – to quote Ms. Stein. But that’s not necessarily a bad thing. Toronto is in motion – it’s in the swirling, anarchic process of becoming. And because of that there’s an excitement but also as Decker in the novel sees “there are holes in the tapestry of its growth. Holes through which a person can fall.”

I didn’t include all of Toronto in my thinking about The Placebo Effect – rather I only really included the part of Toronto that I’ve lived in since I returned – the Junction. And what a wacky part of the world it is! Originally set up to support the huge slaughter houses on St. Clair Avenue (when we first moved in ‘hotdog Tuesday’ stunk the place to high heaven) it was an area filled with houses built by the bosses for their workers, was dry (mustn’t have drunk workers working with sharp knives) and more churches per square foot than anywhere I’ve ever seen.

And it was the churches that first caught my attention – and became the centre of Decker’s concern in the novel. Why so many churches? Why here? Why of so many denominations side by side? Why would the bosses spend their money on such gaudy structures, how profoundly un-Toronto?

Decker sees the Junction – sees the churches - and comes to the conclusion that they are here to prevent an evil from re-appearing. What evil he’s not sure – but he senses its existence when he walks the streets – and feels the Junction “hunch around him in the cold.”

Then the synaesthete Michael Shedloski comes to the Junction and sees the boy dangling from the lamp post across from the library on Annette Street – his painted finger nails grasping the rope at his neck trying in vain to get his last breath. A vision that Michael doesn’t live long enough to understand is from over a hundred years ago.

Decker knows that the hung boy is a marker – that there must be a portal in the Junction. Then he realizes that the name The Junction doesn’t really refer to a railroad depot as most residents believe, but rather it refers to a point of connection, a connection between this world and another world, and the hung boy marks the access.

The book has a protagonist who ‘does not play well with others’ – and as in all my previous novels wants desperately to be part of his society but also fights to keep intact those things that make him special and apart. In this case Decker has the unique ability to know beyond knowing when someone is telling the truth. 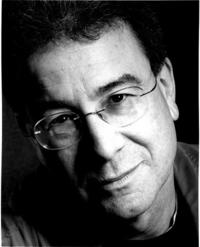 Read an excerpt from The Placebo Effect.

David Rotenberg has published five mysteries set in modern China as well as the Canadian bestselling historical fiction novel, Shanghai. He is the Artistic Director of the internationally renowned Professional Actors Lab. He has directed on Broadway, in South Africa, in major regional theaters in North America and for television. He lives in Toronto. For more info visit www.davidrotenberg.com