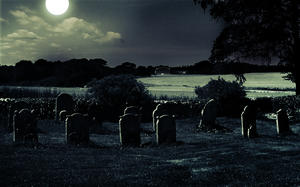 In Canada, however, where bones underfoot are less common and those discovered often hearken back to colonial atrocities, our ghosts are not so playful. Something is extra-unnatural about the supernatural in Canadian fiction, which renders an encounter with it all the more spooky and sinister.

With a ghostly presence and old bones in a seaside cave, Bernice Morgan’s Cloud of Bone connects the histories of a WW2 deserter, the last member of Newfoundland’s Beothuk people, and an English archaeologist working in Rwanda to show that “our stories cross over and break away, drift into a future we cannot see, will never know.” In The Afterlife of George Cartwright, John Steffler also tells of Newfoundland's First Nations people via Cartwright, an English trader now trapped in purgatory, haunting England’s East Midlands as penance for colonial crimes which resulted in the Inuit woman he loved being lost to smallpox.

On the other side of the country, Sheila Watson’s The Double Hook is haunted by an old woman who is killed at the beginning of the story, underlining the impossibility of extinguishing evil and the powerlessness of those in the community to fight against it. Gail Anderson-Dargatz creates similar atmosphere in her novels The Cure for Death by Lightning and Turtle Valley, with a character who speaks to her dead mother in the first book and particularly with the ghostly presence of that character’s husband in the latter.

In Truth and Bright Water, Thomas King’s Lum does not realize that Rebecca, the girl who has shown up in town for the “Indian Days” celebrations is actually the ghost of a real-life survivor of the Cherokee Nation’s “Trail of Tears,” upon which 4000 people died as they evacuated land that had been ceded to the US government. Haunting presences are similarly matter-of-fact in Eden Robinson’s Monkey Beach, or at least they must be engaged with as such, as Robinson’s protagonist comes to understand, in order to make sense of trauma from the past and in the present.

From its opening, Jane Urquhart’s Away is imbued with elements of the supernatural (via Celtic myth), and figurative ghosts haunt its characters in the way of most stories of displaced people, but Urquhart makes some of her ghosts literal too. Margaret Atwood’s books are rife with haunting (see “The photograph was taken/ the day after I drowned./ I am in the lake, in the center/ of the picture, just under the surface” and also Lady Oracle, and Cat’s Eye, for starters), but ghosts abound in particular in Alias Grace, which is unsurprising really for a story with a murder at its core. Similarly with Carol Shields’ Swann whose subject haunts the novel’s periphery. And while there is no murder in Shari Lapena's comic novel Things Go Flying, haunting spirits are very much part of the household.

And how about Ray Smith’s Century, whose entirety is haunted by the presence of a girl introduced in the first chapter who we discover doesn’t even exist (who herself is visited in the night in 1970s’ Montreal by the ghost of Heinrich Himmler)?

Andrew Pyper’s oeuvre is absolutely terrifying. His latest is the haunted house tale The Guardians, though nothing quite beats the spookiness of his first novel Lost Girls, about a malevolent ghostly presence beneath the surface of a lake in Northern Ontario. And back in Newfoundland, Kenneth J. Harvey received comparisons to Stephen King for his novel The Town that Forgot How to Breathe, about a seaside community and an evil that becomes apparent around the same time bodies begin washing up on shore.

Less literal ghosts haunt other Canadian novels. Rank in Lynn Coady’s The Antagonist is haunted within and without by ghosts from his past. “Honey, my life is a ghost story,” says Aminata Dialla, whose life is also Lawrence Hill’s The Book of Negroes. The ghost of Daisy Goodwill haunts the pages of Carol Shields’ The Stone Diaries and refuses to come into focus. And Marta Ostenso’s Wild Geese is haunted as well, albeit subtly, but the scene with Lind coming home in the dark makes for terrifying creepiness on par with the work of Andrew Pyper.

The legacy of civil war atrocities in Sri Lanka create some of the ghosts in Michael Ondaatje’s Anil’s Ghost, as well as a skeleton being studied by a Anil, a forensic anthropologist. Ghosts similarly appear in Madeleine Thien’s latest novel Dogs at the Perimeter which takes on the history of Cambodia during the second half of the 20th century, and where the line between real and imagined becomes blurred with reality being so unfathomable. History is similarly weighted in Joy Kogawa’s Obasan with its ghosts towns, and characters who remain haunted by the trauma of Japanese-Canadian internment during WW2.

And finally, though the book is ghost-free, for its unabashed and awful creepiness, Gaetan Soucy’s The Little Girl Who Was Too Fond of Matches deserves an honourable mention.

With thanks to Dr. Marlene Goldman. Her brilliant course The Poetics of Haunting in Canadian Fiction at the University of Toronto provided this article with its foundation.