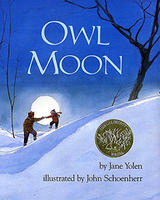 In our house, my husband, my seven-year-old daughter N and I are flying through the Harry Potter series, now nearly finished the sixth book, and reading each day at breakfast and again after dinner. The colourful characters (red-eyed Lord Voldemort, massive Hagrid in his hair suit) and the thrilling plotlines have us reading more than ever, so that books sometimes interfere with piano practice and dish-doing and hair-washing and bedtime.

But long before we went Potty, stories—whether “from your mouth,” as N calls them, or from a book—played a prominent role in our family life. N’s dad is a wonderful storyteller, and often recounts his “Lost in the Woods” tale, about the year he was five and wandered into the forest with his little brother and was unable to find his way home. N’s eyes go wide as he tells of crossing an icy creek with his brother on his back; of braving the bitter wind and trudging through the bush, with its winter-night sounds of animals scurrying and owls hooting.

This homemade story often leads them to Owl Moon, Jane Yolen’s picture book about a father-daughter adventure. “It was late one winter night, long past my bedtime, when Pa and I went owling. There was no wind. The trees stood still as giant statues. And the moon was so bright the sky seemed to shine.”

It’s a beautiful story, with plenty of “Whoo-whoo-who-who-who-whooooooo”s for whoever is reading aloud. Yolen herself has called it “gentle yet adventurous, quiet yet full of sound,” and says the characters are indeed based on her own husband and daughter and their many trips into the woods to spot owls. 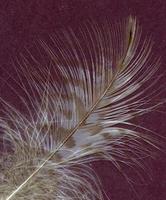 Whenever we visit my hometown in the Ottawa Valley, N, her dad and her Uncle Gene go owling. Gene is a woodsman like no other we know. In summer, he can coax a dragonfly to land on his finger. And on winter nights, he calls owls. He tells N stories of bears appearing in the backyard, their dark fur shimmering in the moonlight; or deer moving through the acres of forest beyond the yard, ever alert for hunters. And always there are stories of owls. Once, for several nights in a row near midnight, owls gathered in large numbers in a tree outside Gene’s window, and they hooted and hollered all at once, like an owl choir, so loud it gave him shivers. And then, by week’s end, the owls had gone their separate ways, and he would see them individually, as before. One night he was outside and saw an owl perched in a tree. He looked up at the owl for a long time, and the owl looked down at him, turning its head this way and that as though surveying him. Suddenly it lifted its great wings and pushed up into the sky and was gone. A single feather had been left behind, caught on a branch, waving in the breeze.

“So I shimmied up the tree,” said Gene, producing the feather, “and I got it for you.” 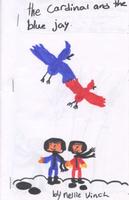 N sits listening to these stories with the same edge-of-her-seat attention she pays to Harry Potter, Owl Moon, or any number of books we have devoured over the years. The writer in me thinks about how these tales could easily be written down, captured between covers. And N herself is sometimes moved to do this, pulling out a wad of paper, stapling it into a book, and jotting down her own version complete with pictures. But there is something special about stories that are told rather than read, because they’re different each time. I think children thrive on all of these things: the oral stories told to them, just for them; the books in which they can lose themselves; and the actual experiences of moments that will become memories.

In Owl Moon, the girl and her Pa call into the silent night with no response for what seems an eternity. And then:

“I listened and looked so hard my ears hurt and my eyes got cloudy with the cold. Pa raised his face to call out again, but before he could open his mouth an echo came threading its way through the trees. ‘Whoo-whoo-who-who-who-whooooooo.’”

Kristen den Hartog writes books for grown-ups, but blogs about the stories she reads with her daughter at Blog of Green Gables. Her latest novel is And Me Among Them, about a girl who grows to giant proportions. She and her family live and read in Toronto.