Sure, we think we know them. Sarah Leavitt, author of the graphic memoir Tangles: A Story About Alzheimer’s, My Mother and Me. She’s the curly-haired cartoon narrator of her own book, which documents her mother’s decline and death from Alzheimer’s Disease. And then there’s Andrew Westoll, primatologist-turned-animal-rights-activist. Though his book The Chimps of Fauna Sanctuary, he’s brought the world the story of his experiences at Quebec’s Fauna Sanctuary, where traumatized chimpanzee victims of medical experiments receive rehabilitation.

But of course, readers have no idea, a reality addressed by both writers in a conversation at Ben McNally Books in Toronto on July 19th. “You Think You Know Me, But You Have No Idea” was presented by Freehand Books, our own Bookmadam, and also Canadian Bookshelf. (A similar event was held on July 20 in Kingston with Leavitt and essayist Susan Olding.) Leavitt and Westoll told the stories of their stories, compared notes, discussed the ethics of memoir and nonfiction, and shattered some illusions about the nonfiction writer’s adherence to truth above all. 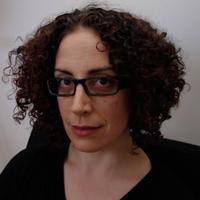 Surprisingly, for writers of two books that appear so different at first glance, it became clear that Leavitt and Westoll approached their subjects similarly, and both considered the same ethical questions. As Westoll went to volunteer at Fauna Sanctuary with the intention of writing a book, so too did Leavitt always intend to write about her mother’s illness and its effect on her family. She took notes during the experience, envisioning herself as “a reporter on the front lines.” She acknowledges that being so close to Alzheimer’s was not simply a tragic experience, but also an interesting one.

It was not so straightforward, however, her decision to make somebody else’s experiences her subject. Her mother, she notes, would not have been comfortable with Leavitt sharing details of personal matters (and indeed, there are further details withheld in the book for this very reason). Some family members have expressed displeasure with the book, though Leavitt’s father and sister have been very supportive. But Leavitt felt she had to give herself permission to write the story she had to write.

For Westoll too, there were other individuals to consider in his story-telling. The history of human interaction with chimpanzees has always involved a dynamic of the former wanting something from the latter, and he was operating with an awareness his own place in this legacy. His connection with the chimpanzees of Fauna Sanctuary turned out to be more personal than he’d intended, and he realized there was no way to avoid presenting his own experiences in the book.

So how is the “self” in the nonfiction book constructed, that “I” that readers think they know? For Westoll, it was a process of realizing that the personal indeed had a place in his story of Fauna Sanctuary, and that for the story to be most interesting, the “I” would have to be vividly present. The opposite was true for Leavitt, however, whose personal life had factored much stronger in her memoir’s first draft, but had to be subsequently cut from the book. For both writers, the self worked when it served the story—and this, Leavitt notes, is the difference between a memoir and a diary. 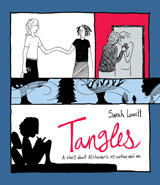 Readers take giant leaps in understanding the nonfiction writers’s self, however. Westoll spoke of his continued surprise at being pigeonholed as an animal rights activist, and the awkwardness that comes with the truth that he’s not a very active activist, apart from writing the book, of course.Though he’s come to terms with this by understanding that writing certainly qualifies as action. For Leavitt, the experience has been having one area of her life ignored rather than magnified: she discussed how her relationship with her same-sex partner (which is documented in the book) has been so little remarked upon by readers and reviewers—are readers simply blind to this reality of her life? Or are Canadian readers prudish?

While staying within the bounds of truth, both Leavitt and Westoll realized they had to be truer to story than fact in creating their respective works. Any good writer, according to Westoll, uses the entirety of the tool kit at his disposal, and some of these are the tools of fiction. The facts are his materials, and the role of the writer is to craft them, with the ultimate end, of course, added Leavitt, of conveying what an experience was like