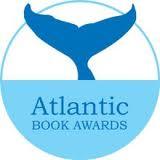 Atlantic Canada shone a light on itself in 2010, with a great many acclaimed Canadian books coming from the region. These successes and others were recognized on May 19 at the 2011 Atlantic Book Awards in Dartmouth NS, where Kathleen Winter won the prestigious Thomas Head Raddall Atlantic Fiction Prize for her novel Annabel.

In addition to these well-known works is a whole host of new books for Canadian readers to discover from a wide range of genres including historical writing (Rusty Bittermann for Sailor’s Hope: The Life and Times of William Cooper, Agrarian Radical in an Age of Revolution) and crime fiction (Anne Emery taking the Jim Connors Dartmouth Book Award for Fiction for Children in the Morning). Non-fiction prizes were awarded to Jerry Lockett (writer and sailor!) for Captain James Cook in Atlantic Canada, and Laura Penny for More Money than Brains (a hilariously scathing defence of the liberal arts education).

Joanna Skribsrud was also shortlisted for the Atlantic Poetry Prize for I Do Not Think That I Could Love a Human Being, though the poetry prize ultimately went to John Steffler for his collection Lookout.

The Ann Connor Brimer Award for Children’s Literature went to New Brunswick’s Valerie Sherrard for her young adult novel, The Glory Wind, and Susan Tooke was awarded the Lillian Shepherd Memorial Award for Excellence in Illustration for The City Speaks in Drums, written by Shauntay Grant. The Mayor’s Award for Excellence in Book Illustration was received by Ivan Murphy for Gadzooks: The Christmas Goose by Jennifer McGrath Kent, and to Sidney Smith for Sheree Fitch’s Mabel Murple.