We All Come From Somewhere: On Canadian Immigrant Women's Stories

By Kerry Clare
tagged: wherever i find myself, Miriam Matejova, immigration, women, essays 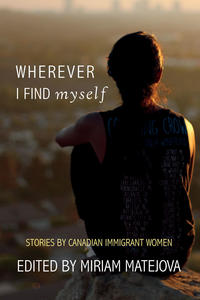 This month our focus is on books about global experiences, and the new anthology, Wherever I Find Myself: Stories by Canadian Immigrant Women, fits the bill perfectly. Editor Miriam Matejova has put together a diverse collection of stories that form a mosaic of emotions and worldviews that underline the immigrant condition for women. In this excerpt, from the book's introduction, she tells the story of her own coming to Canada, and explains where the impulse to create the anthology came from.

As I sit down to write an introduction to this anthology, immigrants from selected countries are being denied entry into the United States. Anti-immigrant attitudes are on the rise in Europe. In the Western world, the far right is clashing with the far left, with immigrants often caught in the middle. Hateful rhetoric and acts of vandalism are aimed at people who are perceived as outsiders, as not belonging, as threatening.

I am an immigrant. I came from Slovakia as an eighteen-year old, wishing to study at a Canadian university. Back then I was an outsider. I did not belong. But far from threatening, I was lonely, clueless and utterly terrified.

At first I lived with my estranged father, a man whom I knew mostly from flashes of childhood memories and stories my grandmoth …