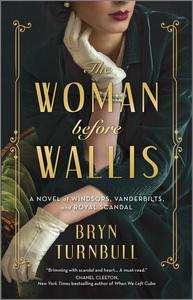 One of our most anticipated debuts of the season, Bryn Turnbull's The Woman Before Wallis, tells the true story of the American divorcée who captured Prince Edward’s heart before he abdicated his throne for Wallis Simpson. But it's also the story of a pair of sisters, and in her recommended reading list for us, Turnbull explores other titles that illuminate this bond.

The bonds between sisters can be loving, fraught, conflicted, and challenging—often, they’re all four at once. Compared to books about brothers, sister bonds may seem like a seldom-explored familial bond, but as the books below show, they’re an incredible source of inspiration for authors and readers alike.

The Quintland Sisters, by Shelley Wood

The Dionne Quintuplets were a media sensation in the 1930s—the first five identical sisters to survive past birth, they were a symbol of optimism in depression-era North America, so much so that thousands of visitors would flock to North Bay to see the girls in their purpose-built nursery-cum-tourist-attraction. As doctors, politi …