Seeds of a Story: Part 2

On November 21, the Canadian Children's Book Centre Awards will be presented in Toronto. We asked the nominees to tell us about the seeds of their stories, the places from which their inspiration grew. Here are some of their responses. Part One appeared on Monday. 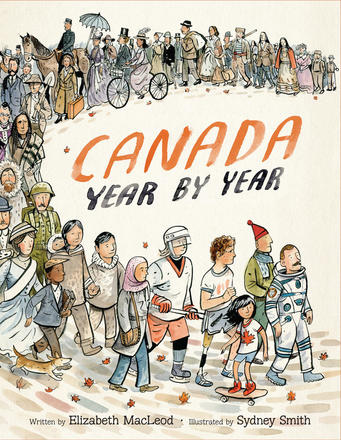 Canada’s 150th birthday was the inspiration for Canada Year by Year. I’m very proud to be Canadian, and I love sharing with kids how amazing our country is.

The book features an event for each year since Confederation, including the first singing of “O Canada” in 1880, the publication of Anne of Green Gables in 1908 and Terry Fox’s run in 1980. I’m especially interested in the incredible people who have changed Canada, so the book also contains more than 50 profiles.

Although I wrote most of the book’s text, some of the entries are from the “The Kids Book of” series. I’m grateful to Jane Drake, Barbara Greenwood, Carlotta Hacker, Pat Hancock, Ann Love, Briony Penn, the late Diane Silvey and Valerie Wyatt who allowed excerpts to appear in Canada Year by Year.