Today we're launching Grandmother School, by Rina Singh and Ellen Rooney, which comes highly recommended from CM: Canadian Review of Materials. Their reviewer writes, "How great a treat it will be to read this book in a grandmother’s lap." 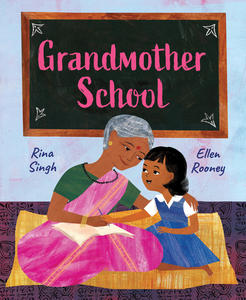 The Elevator Pitch. Tell us about your book in a sentence:

Rina Singh and Ellen Rooney: It's a story about grandmothers in a village in India who go to school for the first time in their lives.

Rina Singh: A six or a seven year old who will …

Back to School: New Books on Learning and Education

New books about the past, present, and future of education. 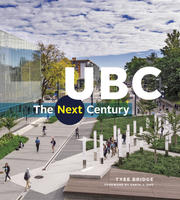 UBC: The Next Century, by Tyee Bridge

About the book: The University of British Columbia has become one of the world's leading institutions of higher learning and research. This beautifully produced book is a lively celebration of the university as it continues its pursuit of excellence and achievement in a rapidly changing world.

As the University of British Columbia enters its second century of existence, UBC: The Next Century celebrates the many accomplishments of this vibrant institution. Among the top universities in Canada and the world, UBC is known for its diverse student body, its groundbreaking research and its intimate ties to its surrounding community. Notable alumni include Canadian prime ministers and Supreme Court justices, Nobel laureates, Rhodes scholars, Olympians, and leaders in every field, from business to music to journalism to law.

Accompanied by a rich array of photographs, short articles by Tyee Bridge capture the people, places, and pursuits that animate UBC, from the athletic feats of the UBC Thunderbirds to research in quantum matter to campus traditions like Day of the LongBoat and Storm the Wall. UBC: The Next Century will inspire pride in past, present, and future members …

Richard Scarsbrook: The Authors That Made Me Want to Write

By Kerry Clare
tagged: richard scarsbrook, school, how to write 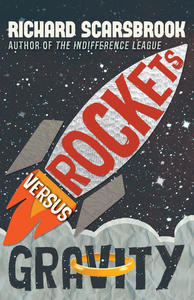 Richard Scarsbrook's latest novel is Rockets Versus Gravity. He tells us about the books he read in school who taught him how to write.

Students and interviewers often ask me to list the books that have influenced me the most as an author, and this is always one of the most difficult questions for me to answer, because everything I’ve read has affected me in one way or another, and if I try to list all of the writers whose work I currently admire, I’ll inevitably forget someone and feel badly about it later.

When I was in elementary school, I became obsessed with creating my own illustrated rhyming poems and stories, and one of the books responsible for this was Dennis Lee’s Alligator Pie (“If I don’t get some, I think I’m gonna die!”). Although I don’t illustrate them anymore, and they rarely rhyme now, I still lo …