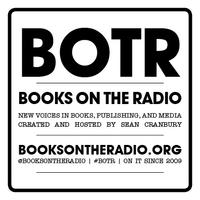 Welcome to The Interruption, a 49th Shelf–Books on the Radio podcast in which I interview Canadian writers about the surprising things that inform, inspire, and even interrupt their creative process. The Interruption is now generously sponsored by The UBC Creative Writing Program, celebrating 50 years of excellence in creative writing. For more information visit creativewriting.ubc.ca.

Today, I chat with Michael Pond and Maureen Palmer, authors of The Couch of Willingness: An Alcoholic Therapist Battles the Bottle and a Broken Recovery System, described by Michele Marko in the Vancouver Sun as "a riveting and anxiety-inducing read." It's the story of Micheal's two-year battle to regain sobriety and his encounters with a sorry state of recovery resources afforded to him.

Michael Pond is a psychotherapist practicing in West Vancouver who specializes in mental health and addictions and is now four and a half years sober. He offers individual, family, and group therapy and has become an expert in residential school abuse healing and addiction recovery. H …

Jowita Bydlowska on Writing Herself as the Villain in Her Memoir, Drunk Mom

Drunk Mom is bound to raise a few eyebrows. The memoir, published by Doubleday Canada (2013), recounts the time after the birth of Jowita Bydlowska's son during which she fell off the wagon, at times getting dislocated in harsh snow storms, son in stroller, the empty streets an opportunity to drink away from her family.

What follows is a brutally honest account of that "ugly" period, as well as Bydlowska's path to eventual recovery. Drunk Mom is a wake-up call—hope in a hopeless place. It is also a refreshing response to what has become a commonplace joke: that admitting your addiction is the first step ... as if that first step isn't a doozy.

We talk with Jowita Bydlowska via Skype for this 49th Shelf podcast about what it means to cast yourself as the villain in your own story.

Jowita Bydlowska was born in Warsaw, Poland, and moved to Woodstock, Ontario, as a teenager. She eventually learned English well enough to try writing in it. She writes a popular parenting blog, and her work has appeared in an assortment of magazines, newspapers …