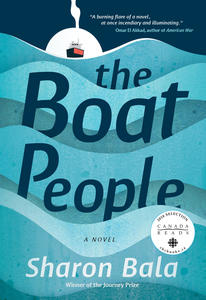 Sharon Bala's debut, The Boat People—which has become a bestseller, a Canada Reads finalist, and been critically acclaimed since it was published in January—is wholly deserving of all its success. It's a novel that manages to be timely and topical but also moving and evocative, a beautifully rendered work of literature. And now we're grateful to Bala for sharing with us some of the books behind her book with this recommended reading list.

The Boat People is about a widower and his young son, survivors of the Sri Lankan civil war who come to Canada seeking asylum and a fresh start. Yes, this is a book about war and refugees but it’s also about so many other things: identity, belonging, family secrets, inter-generational conflict, and nationalism.

A book about so many interconnecting themes requires a tremendous amount of research. I learned so much about Canada’s history, about the different waves of people who washed up on our shores, about refugee law, the Sri Lankan civil war, the Japanese internment, war-time propaganda, Alzheimer's, and PTSD…even menopause. But after the textbook research was through, once I had watched the documentaries, listened to interviews, and read research papers, then I turned with relief to literature. That was where I …

Your Next Great Summer Read

Summer reads can mean a lot of things, which is a good thing because we're a lot of different kinds of readers. And we're willing to bet you'll find a book on this eclectic list that's perfect for you.

The only other things you'll need are a hammock and a bit of sunshine.

About the book: Lizzie Howard's life has always been adrenaline-charged. Top of her class at Harvard Med and now a gifted trauma doctor, Lizzie's medical career has always come before rest, relaxation, and especially romance. But when one careless mistake brings her future to a screeching halt, Lizzie's only chance at reviving it is to temporarily take over a friend's practice in Jewell Cove. The sleepy Maine coast, a world away from the bustling emergency room Lizzie knows and loves, leaves her feeling morelost than ever-until she meets widowed doctor Joshua Collins, and her heart starts beating a little bit faster...

Coming home to Jewell Cove was Josh's salvation after his wife died. Looking for peace among the familiar faces of friends and family, he's grateful to work in the town's small medical clinic by day and spend his nights trying to forget everything he's lost. Lizzie's big-city sensibilities are a brash reminder of the world he's pushed a … 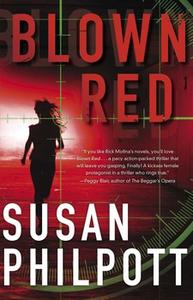 We're happy to feature a recommended reading list by Susan Philpott, whose debut novel is Blown Red. Connecting our editorial focus this month on new beginnings with themes from her novel about women in crisis, she has created an excellent list of works featuring women experiencing radical change. Their stories are harrowing and inspirational, and—most important of all—make for great reading.

Every so often, I feel an overwhelming urge to change things up, to take a risk—to jump. I’ve moved from city to town and from there to the wilds of Ontario. I’ve worked as a teaching assistant, a zookeeper, a mental health professional, and a writer. New beginnings have defined my life.

When I was writing Blown Red, the story of a new recruit to a modern underground railroad that helps shuttle women away from danger, I revisited other strong female characters also experiencing radical change in their lives—either wanted or unwanted.

Here are some of my all-time favourites.

Roughing it in the Bush, by Susanna Moodie: 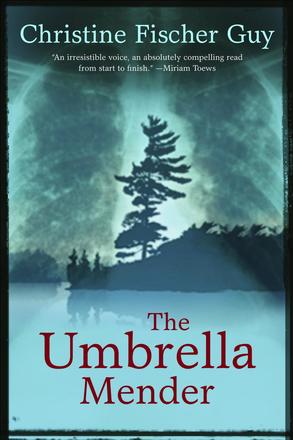 In his review of Christine Fischer Guy's debut novel, The Umbrella Mender, Philip Marchand calls attention to the story's atmosphere, its complex characters, and all the questions the narrative refuses to answer neatly. The Umbrella Mender is a novel with tremendous depth, with nothing at all careless in its construction. And its author's skills as a careful reader and skilled writer are clearly in evidence here with a list of books that informed her during the years she was writing her book.

Samuel Johnson said that a writer “will turn over half a library to make one book.” Some writers say that they can’t read fiction while writing, and while there were points during the six years of writing The Umbrella Mender that I felt too suggestible to read other fiction, I was always reading. Other books were companions, interlocutors, mentors, and time thieves. Here’s a selection of my favourite non-fiction, poetry, and novels from that time period.