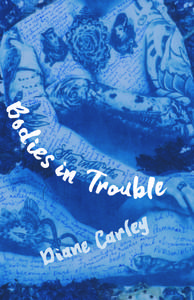 "Diane Carley is a lean, strong writer—every word matters. She's the love child of Raymond Carver and Alice Munro. Sharp, sensitive, excellent stories full of emotion, like putting your hand over a racing heart. This writing is as vivid as it gets." —Lisa Moore, author of This is How We Love

We, Jane, by Aimee Wall

We, Jane beautifully conveys the nuances of a complicated friendship between two women and the ways in which a whisper network helps provide much-needed women’s health support in rural Newfoundland. The novel captures the complications of loving a flawed and stunning place with its flawed and complicated people, and how it can be a long and circuitous route to finding your way home.

A story that beautifully captures the essentials of life—food, love, desire, family, frien …

Today I chat with Halifax resident Kaleigh Trace. Kaleigh is a disabled, queer feminist; sex educator; and author of Hot, Wet, and Shaking, How I Learned to Talk About Sex, published by Invisible Publishing. Her work has appeared in The Coast, The Huffington Post, CRIT, The Tide, and her own blog: The Fucking Facts (thefuckingfacts.com).

The Interruption always features two podcast selections for your listening enjoyment: the first podcast features my interview with Kaleigh. The second podcast features her reading from an early chapter in Hot, Wet, and Shaking.

Thank you for listening.

From Film to Book: Vivek Shraya on What I Love about Being Queer 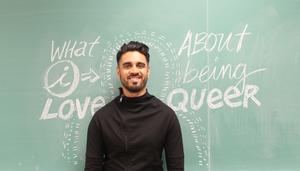 Vivek Shraya had become concerned that the dominant discourse among the LGBT population centred around death, suicide, and bashings. Shraya is a musician and filmmaker whose day job is the Positive Space Coordinator/Human Rights Advisor at George Brown College where he meets with youth who struggle with identity, self-loathing, and the fear that their families and friends will reject them. 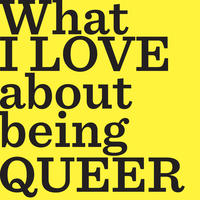 Shraya looked among his peers and saw a stunning collection of strong-spirited people who represent a far more hopeful perspective of what it means to be queer than what the media portrays, so he asked was he thought was a small question—What do you love about being queer? The response was so varied he decided to make a film featuring 34 responses including an appearance from Tegan Quin (Tegan and Sara).

Because of everything I've been through, I value this part of my identity even more. It's something I've had to fight for—it hasn't just been given to me.—Asam Ahmad

Incidental Music (Inanna Publications) is the Lambda Literary shortlisted debut novel by journalist Lydia Perovic. Perovic has written for many Canadian, UK and U.S. media, including The Awl, n + 1, openDemocracy, Opera Canada, Xtra!, and Toronto Standard. She grew up in the Communist Yugoslavia and moved to Nova Scotia in 1999. Toronto has been her home since 2005.

49th Shelf talked recently with Perovic about writing her own artistic, intellectual and sexual queerdom into the kind of book she'd been craving to read; art as integral to a sense of civic well-being; and, the writer she claims made her gay.

Julie Wilson: Incidental Music centres around three generations of women—Romola, once a famous Hungarian opera singer; Martha, a married, historic preservationist; and Petra Veselinovic, who has immigrated to Canada.

This novel contains a lot of your own personal tapestry. You, too, immigrated to Canada and share a love of artistic and intellectual pursuits, and women. You've said elsewhere that you were craving more contemporary literature that features this aesthetic. With this work, were you endeavoring both to write such characters into being as well as your experience into the queer or contemporary literature canon?

Vivek Shraya on the online self-promo that makes for a successful offline author road tour.

Authors have always been expected to self-promote to some degree, but occasionally an author — or, in this case, two authors — comes along who seems almost born for the task at hand.

Vivek Shraya has just finished a road tour with Farzana Doctor — interviewed here this past summer. The "God Loves Pavement" tour, a mash up of the titles of the books they were promoting, Vivek's God Loves Hair and Doctor's Six Degrees of Pavement, spanned seven cities in Canada and the U.S.

Shraya and Doctor also started an entertaining tour Tumblr where they posted regular updates, images, event details and a series of delightful short videos called "Brown Moments." (More on that below.) On one level, the blog functions as it should, to keep readers informed of their whereabouts and as a charming memoir of their time together. But it's also a helpful tutorial for other authors seeking a case study on what it means to report from the road, engage an audience and which tools work best.

Julie Wilson: How did you and Farzana decide that it would be feasible (and survivable) to road tour together?

Vivek Shraya: Farzana and I were both invited to do a reading at London Pride last summer that involved a five hour drive. Farzana offered to do the driving on one condition: I was to entertain her with my entire life story. I clearly wasn’t able to satiate her desire, as shortly after that reading, she approached me with the idea for the tour.

In Conversation With: Farzana Doctor on Queer, South Asian Identity and Being a Psychotherapist

On one of the last summery days of early fall, I met up with Farzana Doctor in Trinity Bellwoods Park to record a short excerpt from her second novel, Six Metres of Pavement, and to eat soft cheeses and drink fermented grape juice. We were visited regularly by dogs and the threat of the odd softball. Enjoy the chat!

Julie Wilson: This past summer, you received the $4,000 Dayne Ogilvie Grant for Emerging LGBT Writer from the Writers' Trust of Canada. While the writing itself doesn't necessarily have to feature LBGT themes, the writer must identify as LGBT to be eligible. LGBT teen suicide has been in the news of late—I'll point to a Globe and Mail editorial by Melissa Carroll and Rick Mercer's recent video address, which calls foul on the It Gets Better campaign, saying it needs to be better now—so I want to ask you how important it is for you to identify openly as a queer woman. And how does it impact your craft as a writer?

Farzana Doctor: It’s always felt important for me to identify as an openly queer woman. Queer identities are still oppressed ones (and this explains why it still hasn’t “gotten better”, or at least not “better enough” for queer youth). I agree with Rick M …